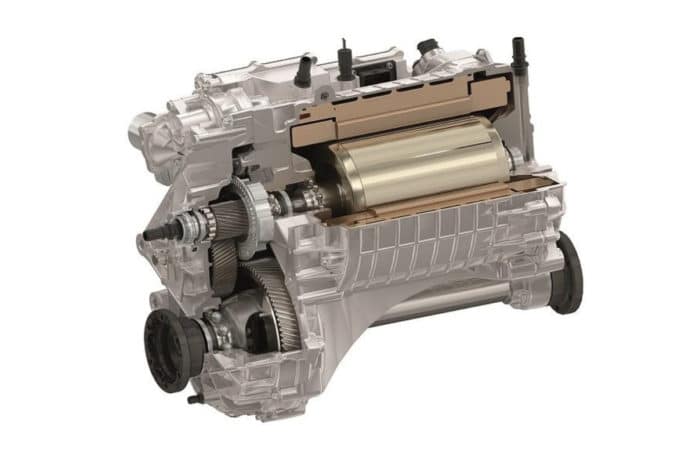 Magna is currently collaborating with the Illinois Institute of Technology and the University of Wisconsin-Madison on the development of an electric motor that would be a lot cheaper and would have considerably higher power density. The US Department of Energy is providing funds for the project.

The stated goal for the project is to develop an electric motor that would deliver 125 kW at its peak. This is eight times more power density than the electric motors that are being currently used while the cost would be about half. Magna compared the version of the motor under development to a pint-sized container of milk managing to pack in a gallon. The reduction in costs would come with elimination of the use of rare earth permanent magnets.

Commenting on the project, Swamy Kotagiri, Chief Technology Officer at Magna said that reducing dependency on rare-earth magnets would serve to solve two main issues when it comes to expediting electrification – supply chain sourcing and cost.

Magna said that the more powerful new electric motor would be integrated directly with other components in an electric drive system. This would involve the development and use of “innovative” materials, new cooling and coil winding technologies, simulation models, as well as control and optimization techniques.

Magna is doing its best to develop the electric engine while confirming to the tenets of low-cost manufacturing and automotive standards. Based on the current timeline, the plan is to submit the new development to the American Department of Energy (DOE) for evaluation by 2021.

Magna has been in the news recently for receiving the largest order for transmission technologies in its history from the BMW Group. The order involves a multi-year contract that covers all front-wheel-drive dual-clutch transmissions, including hybrid transmissions.