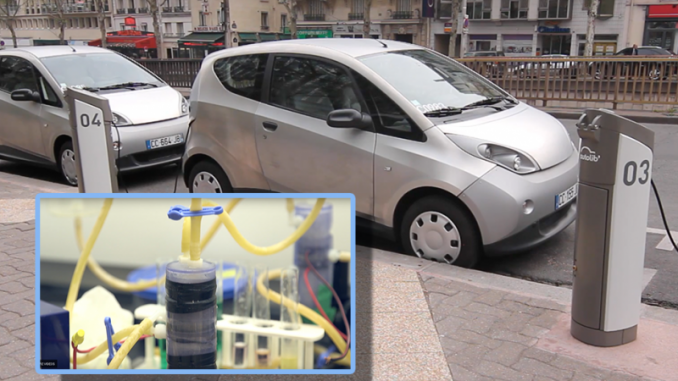 Researchers at Purdue University have developed an instantly rechargeable system for battery-electric and hybrid-electric vehicle batteries. According to the technology’s inventors, this new technology could help make batteries more affordable, safer and environmentally friendly.

The technology could transform the outlook for hybrid electric vehicles and battery electric vehicles by making recharging easier and cheaper, just like refueling a car at a petrol pump. It could significantly reduce the infrastructure needed to support recharging stations.

The technology was developed jointly by John Cushman, professor of earth, atmospheric and planetary science and a professor of mathematics, Eric Nauman, a professor of mechanical engineering and Mike Mueterthies, Purdue doctoral teaching and research assistant in physics. Together, the trio have established Ifbattery LLC to further develop and commercialize the technology.

Cushman said in a statement that the biggest challenge for the auto industry was to extend the life of a battery’s charge and minimize the infrastructure needed to actually charge the vehicle. The priority for drivers is to reduce the time needed to fully charge their vehicles.

The Ifbattery technology is an energy-storage system as part of which drivers would be able to recharge their electric or hybrid vehicles with fluid electrolytes to recharge their cars just like refueling with petrol or diesel in conventional cars.

According to Cushman, while the focus now is on refining petroleum, with the shift to Ifbattery technology, refiners would switch to reprocessing spent electrolytes. The charging stations would dispense a water-and-ethanol or methanol solution as fluid electrolytes to power vehicles.

He said, “Users would be able to drop off the spent electrolytes at gas stations, which would then be sent in bulk to solar farms, wind-turbine installations or hydroelectric plants for reconstitution or recharging into the viable electrolyte and reused many times.”

In the long run, the technology would be available through an underground piping system, rail and truck delivery system, gas stations and refineries.

Mueterthies said that what makes the technology unique is the flow-battery system. Though other flow batteries do exist, Ifbattery is the first technology involving removal of membranes, thus extending battery life and cutting costs. Elimination of membranes has other benefits. Many battery fires are caused by membranes and membrane fouling can limit the number of recharge cycles. In contrast, Ifbattery’s components are cost-effective, safe enough to be stored at home and stable enough to meet major production and distribution requirements.

Ifbattery licensed part of the technology through the Purdue Research Foundation Office of Technology Commercialization and has developed patents of its own.

“We are at a stage in the company’s growth that we are looking for additional financing to build large-scale prototypes, and subsequently, manufacturing partners,” Cushman said.