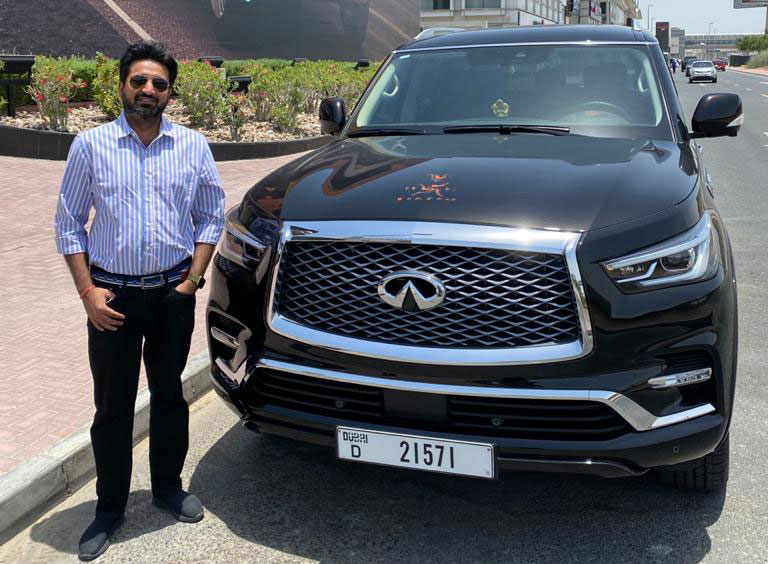 In the spirit of giving INFINITI of Arabian Automobiles, the flagship company of the AW Rostamani Group and the exclusive distributor for INFINITI in Dubai, Sharjah and the Northern Emirates, in partnership with INFINITI Middle East announced the first successful bidder of INFINITI ‘Eyes on You’ road safety campaign.

The top bidder, Ashish Ranjan, was welcomed at the INFINITI of Arabian Automobiles Sheikh Zayed Center where he has handed over the auctioned INFINITI QX80. A portion of the sales proceeds from the car sold is donated to fund infant seats of new-born children.

The ‘Eyes On You’ initiative was launched in December 2019 and conducted on an online CSR bidding platform, promotes the safety of children on the road. It seeks to raise awareness about the importance of good driving behaviour while providing children with the tools to be a safe passenger. The campaign is also closely aligned with the Dubai traffic safety strategy to reduce road fatalities by 1.5 for a population of 100,000 by 2021.