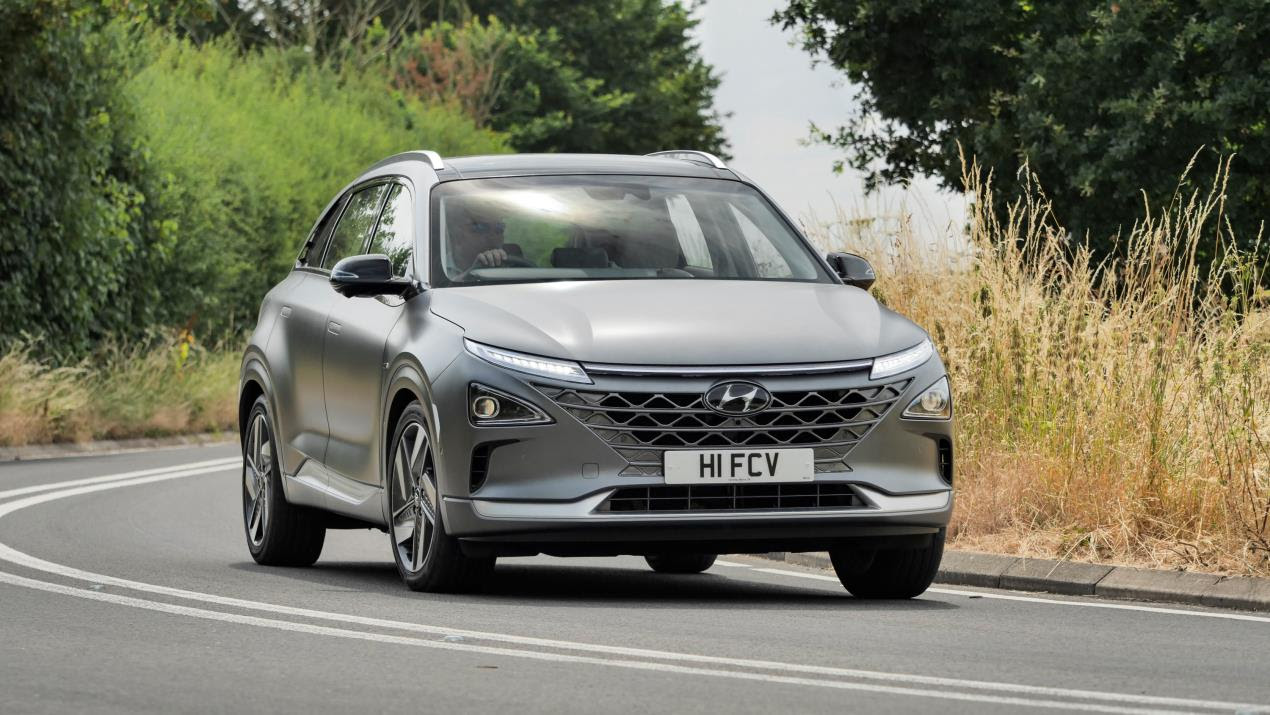 NEXO is the technological flagship of Hyundai’s growing eco-vehicle fleet. Known as a ‘future utility vehicle’, it combines the practicality of an SUV crossover with advanced electrified technology, comprehensive driver assistance functions and innovative design features.

Delivering best-in-class performance, while producing no tailpipe emissions other than droplets of clean water, NEXO even purifies the air as it goes.

British GQ said: “Hydrogen has the potential to be a more efficient and practical automotive power source and that’s why we are giving Hyundai some much deserved credit. At present their NEXO is one of only two hydrogen fuel cell cars available in the UK, and the South Korean company is boldly going where only a few manufacturers have gone before. We intend to support them all the way.”

NEXO is available in Premium SE specification which includes autonomous driving capabilities like Remote Parking and other innovative convenience features such as Blind Spot View Monitor, as well as advanced active safety features such as Lane Following Assist which automatically adjusts steering to assist the driver to keep in the centre of the lane.

Hyundai is committed to fostering a clean energy transition, already offering the most diverse range of alternative fuel vehicles including hybrid, plug-in hybrid, pure electric and fuel cell electric. The first car, IONIQ 5, from the new IONIQ sub-brand will launch shortly and is based on the revolutionary new Electric-Global Modular Platform (E-GMP) platform, which will provide the foundation for Hyundai’s next generation EV line-ups. Hyundai Motor Group’s green portfolio will be increased to 44 models by 2025, including 13 hybrid, six plug-in hybrid, 23 battery electric vehicles and two fuel-cell electric vehicles.

Building upon Hyundai’s 20-plus years of experience in hydrogen fuel cell technology, Hyundai Motor Group also recently introduced ‘HTWO’ – a new brand to represent the group’s world-leading hydrogen fuel cell system that will support the development of a next-generation hydrogen fuel cell system. The new system will be applied to various forms of mobility such as cars, trucks, UAM, vessels and trains, with the aim to offer a highly efficient and diversified lineup of hydrogen-powered vehicles.

The winners of the GQ Car Awards 2021 were decided by the editorial team of British GQ after much deliberation.