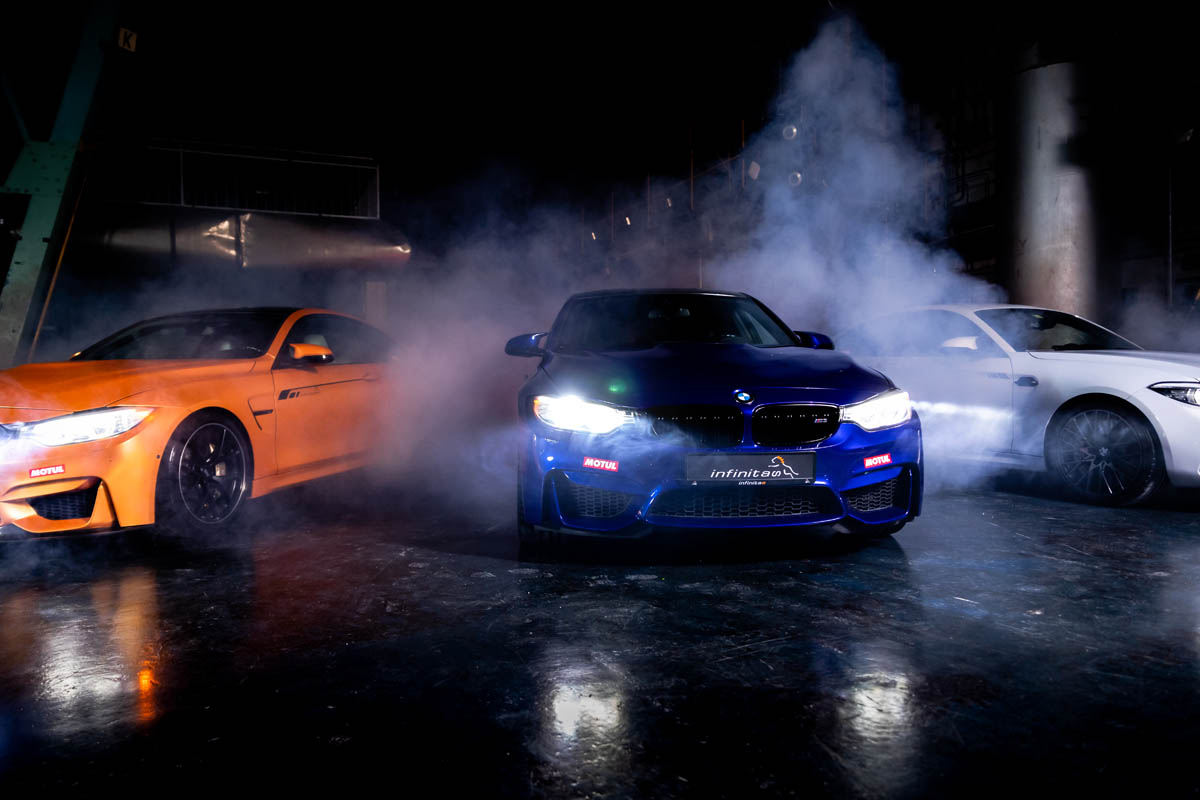 Hybrid Charger® system for biturbo engines:
Up to 1,000 HP in BMW M2 Competition, M4 and similar.

infinitas has dedicated itself to professional perfection and refinement of
exclusive vehicles for many years. Based in the Upper Bavarian town of
Gachenbach, the manufacturer is primarily a specialist in meticulous
performance upgrades for models in BMW’s superior M series.
infinitas is now launching the innovative Hybrid Charger® system, a
spectacular world debut for the famous S55B30 engine, for the biturbo in-line
six-cylinder from all M3 and M4 models of the F8x series as well as the M2
Competition and M2 CS (F87).

Developed in cooperation with the specialists at ASA Kompressor, this
system is the first series-manufactured system of its type. It endows the S55
motor with combined compressor and biturbo charging with the compressor
connected upstream from the OEM turbochargers. Thanks to this design, it
pre-compresses the air before it even enters the turbocharger. It thus
creates the basis for higher boost pressure in all operating ranges, meaning
the engine is filled with a greater air mass. The turbo lag is also significantly
shorter and the torque is more responsive owing to the boost pressure
building up sooner. The throttle and engine responses are also enhanced. It
is plainly evident when an engine has been upgraded since it delivers a
significantly more powerful sound with the compressor’s distinctive tone.

As you would expect, fitting the Hybrid Charger® system ensures a
significant increase in performance. The lowest configuration is already fully
developed and available for registration with a TÜV report. This version
boosts the S55 to 600 HP and 800 Nm, which equals an increase between
100 and 190 HP and 200 and 250 Nm, depending on the vehicle. The kit
contains an ASA T6 compressor specially developed for this upgrade,
including oil supply via the engine oil circuit. It also comprises an extended
belt drive, a new air duct with a sports air filter, large-volume cast aluminum
tubes, a die-cast aluminum charge air cooler between the compressor and
turbochargers, and a reprogrammed engine control software, including an
increase in the Vmax limit. There is also a new water expansion tank and
other incidentals and installation accessories. Prices for this SK1 entry-level
version of the Hybrid Charger® system start at 6,998 euros plus 2,112
euros for installation costs, including 19% VAT. Manufacturer packages for
additional customization are also available at an extra charge.

The SK1 is just the start, however. infinitas is currently developing four
more configurations for an even more dramatic increase in performance in
the M2, M3 and M4, allowing a top speed of much more than 330 km/h in
the most powerful version. The S55 engine will achieve 700 HP and 900
Nm with the SK2, for which a TÜV report is currently being prepared. This
is surpassed by the SK2CS, which will deliver 800 HP and 900 Nm and the
SK3, with which the biturbo in-line six-cylinder will achieve 900 HP and
1,000 Nm.