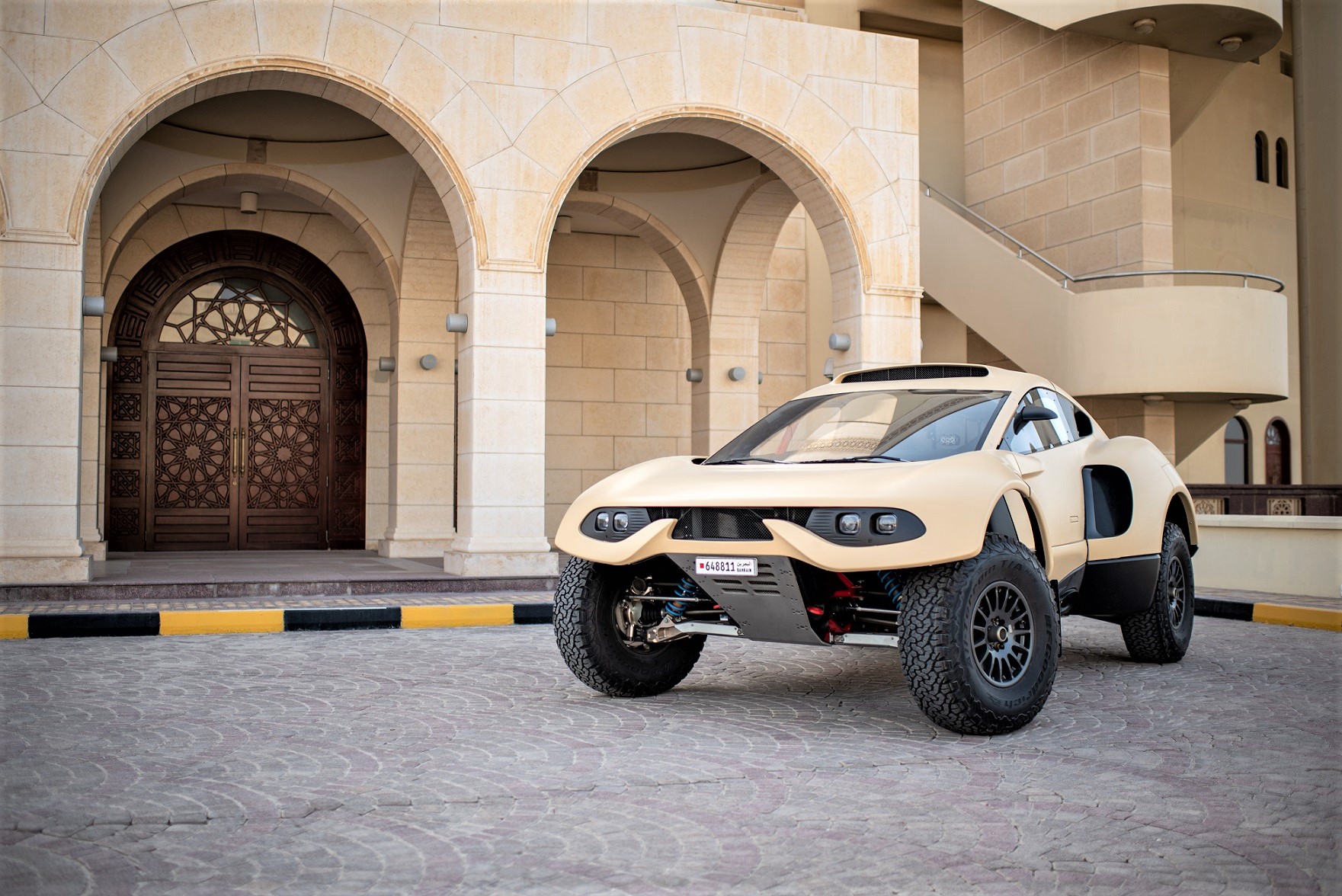 Head-turning hypercar gives buyers the best of both worlds

The unique and eye-catching new addition to everyday traffic in Bahrain over the last few days stands out for some very good reasons.

Turning heads wherever it goes, the stylishly-designed Hunter is perfectly at home on urban streets and highways, as a number of prospective buyers have discovered.

Beneath it’s cool exterior, however, it packs the power and strength to go faster and more securely across the most rugged desert landscape than any other car ever built.

The Hunter is the world’s first all-terrain hypercar, a 600 bhp, four-wheel drive adventure vehicle which has been out and about in Bahrain at the beginning of its Middle East tour.

The hypercar has been evolved from the rally Hunter, developed by UK-based Prodrive and used by the Bahrain Raid Xtreme team at the Dakar in Saudi Arabia, and select customers have been invited to get behind the wheel of the first development vehicle.

“This is the first time the car has been introduced to customers anywhere in the world, and initial customer response has been very positive,” said Prodrive chairman, David Richards.

Prospective buyers can personalise their specification with production vehicles being delivered later this year.

And each buyer will have far more power at their disposal than the man who knows the car better than anyone else – legendary rally driver and nine-time world champion, Sebastien Loeb.

Prodrive’s 40 years of successful off road rallying knowhow, meanwhile, have been used to make the car even more capable.  Compared to Loeb’s rally version, the Hunter production car boasts 50% more power from its 3.5 litre V6 twin turbo engine and even better suspension allowing it to thrive among the desert dunes and on rough mountain tracks.

“At the same time, a completely re-designed interior means the Hunter is also ideally suited for everyday use, giving owners the best of both worlds,” said David Richards. “Wherever we’ve taken the car in Bahrain, it has been turning heads.”

The Hunter is capable of accelerating from 0-100 kph in less than four seconds, with a top speed of nearly 300 kph.

Bahrain Raid Extreme is a partnership between Bahrain Mumtalakat Holding Company “Mumtalakat”, the sovereign wealth fund of the Kingdom of Bahrain, and world-leading motorsport business, Prodrive.