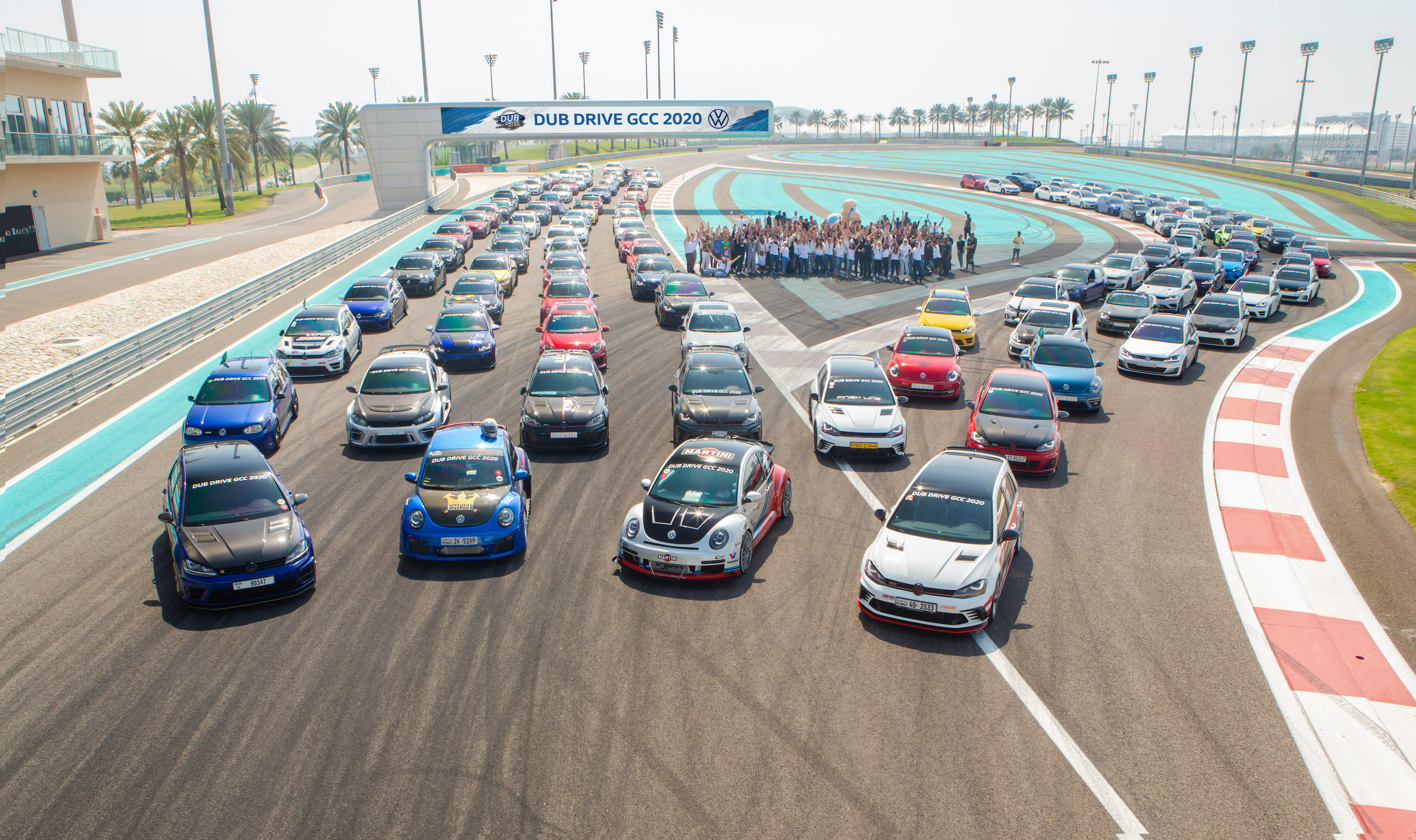 Over 1,000 Volkswagen fans from across the GCC made history when they gathered at the Yas Marina Circuit in Abu Dhabi for the fourth and the largest edition of Dub Drive GCC. Hosted by Volkswagen Middle East, the event began with a convoy of over 400 cars that passed through the streets of the capital. Such a convoy became possible with the support that was given by Abu Dhabi police, Abu Dhabi Department of Transport and Emirates Motorsport Organization.

Dub Drive GCC has been held every year from 2017 as a festival for Volkswagen club members from countries across the region including the Kingdom of Saudi Arabia, Bahrain, Kuwait, Oman, Jordan, Egypt and the United Arab Emirates. The 2020 event was attended by international guests Jost Capito, Managing Director for Volkswagen R, and Tanner Foust, professional racing driver and international stuntman.

Dub Drive GCC unites the brand and united family and friends through their love for all things automotive and features different events like SUV driving experiences, Teramont pulling challenges, kids driving school, drifting experiences, racing simulators and track drives. This year, it drew to a close at sunset with fans dancing to the DJ and contests where a 2020 Passat was given away live on stage.

Victor Dalmau, Managing Director for Volkswagen Middle East said that the festival helped bring the energy and passion of the regional Volkswagen community to life. Dub Drive GCC has become bigger and better every year.

Dalmau added, “We are proud to witness the support and turn out from clubs and fans across the region for the fourth edition. The spirit and unity witnessed through the love for the brand is tangible and we are so proud to have hosted this very special automotive occasion once again.”

Volkswagen’s international representatives, Jost Capito and Tanner Foust were also inspired by the exceptional energy at Dub Drive GCC saying that it was a really unique experience to be part of a brand that can bring people together in this manner.

“I have seen the magnitude of Dub Drive GCC growing year-on-year and it has firmly cemented its position on the international stage for automotive events. The spirit of it is infectious,” commented Jost Capito, Managing Director for Volkswagen R, who has attended the event for the past 3 years.

For Volkswagen Club guests, the highlight of Dub Drive GCC was the long awaited Awards Ceremony. Fahad Aman, who won this year’s Dub Drive ‘Car of the Year Award’ received the prize of a trip to Germany to attend Wörthersee Treffen. Aman said, “I am extremely thrilled to be recognized today for the efforts that I’ve put into my car and I look forward to representing my club and the region as a whole at Wörthersee Treffen.”

The inspiration for Dub Drive GCC came from the largest Volkswagen GTI event in the world, the Wörthersee Treffen, which is. Dub Drive GCC helped to highlight the Middle East club community at the global level further reinforcing the passion for Volkswagen in the region. Volkswagen thrives through empowering its passionate community and it is this that will continue to drive the heartbeat of the brand.