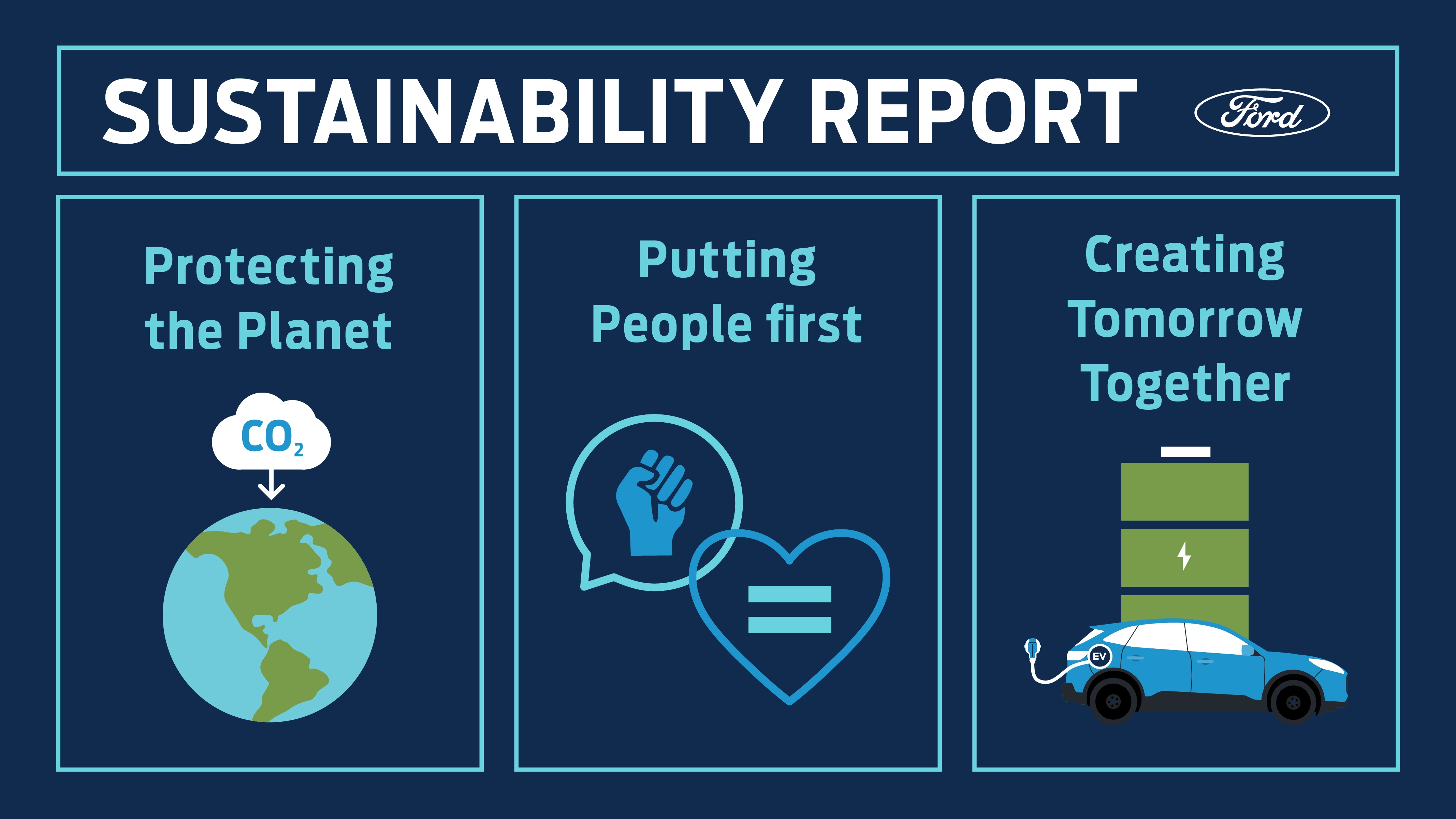 The company announced that ambition as it issued its 21st annual Sustainability Report. Ford is the only full line U.S. automaker committed to doing its part to reduce CO2 emissions in line with the Paris Climate Agreement.

Carbon neutrality refers to achieving zero carbon emissions by balancing such emissions with carbon removal. To achieve its goal, Ford will focus initially on three areas that account for approximately 95 percent of its CO2 emissions – vehicle use, its supply base and the company’s facilities.

Ford said it is setting the 2050 goal fully aware of challenges, including customer acceptance, government regulations, economic conditions and the availability of renewable, carbon-neutral electricity and renewable fuels.

“We can develop and make great vehicles, sustain and grow a strong business and protect our planet at the same time – in fact, those ideals complement each other,” said Bob Holycross, vice president, chief sustainability, environment and safety officer. “We don’t have all the answers yet but are determined to work with all of our global and local partners and stakeholders to get there.”

The 2050 commitment represents Ford continuing to ratchet up more environmentally friendly performance for its products and operations. In 2019, the company expanded its climate strategy to find more effective ways to integrate the wants and needs of people and its business, along with the possibilities of technology, by applying human-centered, design-thinking. A cross-functional Ford team from around the world – including the U.S., Europe and China – developed the company’s carbon-neutral approach after analyzing information on the environment, customers, technology, legislation, energy, competitive approaches, life-cycle assessments and other trends.

Meeting the challenge of climate change is a key responsibility and a strategic priority for Ford. This includes helping limit the global temperature increase in keeping with the Paris Agreement.

“We congratulate Ford on its commitment to be carbon neutral by 2050,” she said. “Ford recognizes the urgency to address climate change, and we urge every company to take action and commit to science-based targets within their global enterprises.”

Ford is investing more than $11.5 billion in electric vehicles through 2022, introducing zero-emission versions of some of its most popular nameplates are on the way, including the Mustang Mach-E, which starts arriving in dealerships this year, as well as a Transit Commercial EV and fully electric F-150 coming within 24 months.

The company previously announced its plan to use 100-percent locally sourced renewable energy for all its manufacturing plants globally by 2035. That means energy would come only from sources that naturally replenish – such as hydropower, geothermal, wind or solar.

COVID-19: Keeping People Safe
The health and safety of employees remains one of Ford’s highest priorities, and the COVID-19 pandemic challenged the company in many ways. Ford moved quickly to close production sites, used technology to enable many of employees to work remotely and implemented programs to support the physical, mental and emotional health of its team.

The company also used its design expertise, manufacturing capacity and vehicle parts to help produce ventilators, respirators and personal protective equipment. Its return-to-work playbook for China, Europe and the U.S., with amended safety requirements and restructured roles, is being extended to other regions as well.

Electrification
Ford significantly accelerated its plan for electric vehicles during 2019. The company unveiled the Mustang Mach-E, an all-electric Mustang SUV that will be available starting later this year and targeted EPA-estimated range of 300 miles on a single charge,1 according to U.S. Environmental Protection Agency estimates and up to 600 kilometers under Worldwide Harmonised Light Vehicles Test Procedure (WLTP) regulations.

As part of the Mustang Mach-E reveal, Ford announced North America’s largest public charging network, the FordPass Charging Network, with more than 13,500 charging stations and almost 40,000 individual charge plugs2. These announcements are paving the way for a future all-electric F-150 and all-electric Transit, reinforcing Ford’s commitment to electrifying its most popular nameplates, amplifying the attributes that customers want, such as performance, capability and convenience.

Circular Economy
Deriving value from waste material, or “upcycling,” has been a strong focus for Ford for more than a decade. Supporting the circular economy was front and center when the company announced a collaboration with McDonald’s USA in 2019 to turn coffee chaff, a waste byproduct from McDonald’s coffee production, into vehicle parts. The sustainable innovation will not only reduce use of petroleum to make such components but lower the weight of those part by 20 percent and require up to 25 percent less energy during the molding process.

Ford research teams have been redirecting waste streams into biomaterials for vehicle parts for years. Starting in 2007, Ford introduced soy foam as an alternative to petroleum-based seat foam in the Mustang. Since then, the company has expanded application of soy foam to every one of its product lines in North America – more than 25 million vehicles, to date – preventing hundreds of millions of pounds of carbon dioxide from entering the atmosphere.

Ford’s approach to the circular economy is not limited to just parts inside the vehicle. While building the F-Series, the company uses a closed loop recycling system to recover up to 20 million pounds of high-strength, military-grade, aluminum alloy per month, enough to build either 51 commercial jetliners or more than 37,000 F-Series truck bodies per month.

Diversity and Inclusion
In keeping with Ford’s commitment to diversity and inclusion, the company in February 2020 signed the United Nations Women’s Empowerment Principles, earned a leadership spot in the Bloomberg Gender-Equality Index for the second straight year, and received a perfect score of 100 in the 2019 Disability Equality Index®.

The company’s Sustainability Report also addresses the issue of social injustice – the weight of which falls disproportionately falls on the African American community and a matter on which society and corporations can no longer stay silent. Ford has seen this disparity among its team members affected by COVID-19 and in the legacy of economic disparities in its own home city of Detroit. There are no easy fixes to longstanding systemic issues. However, Ford is committed to listening, learning and being a leader in co-creating solutions that better the company and society.