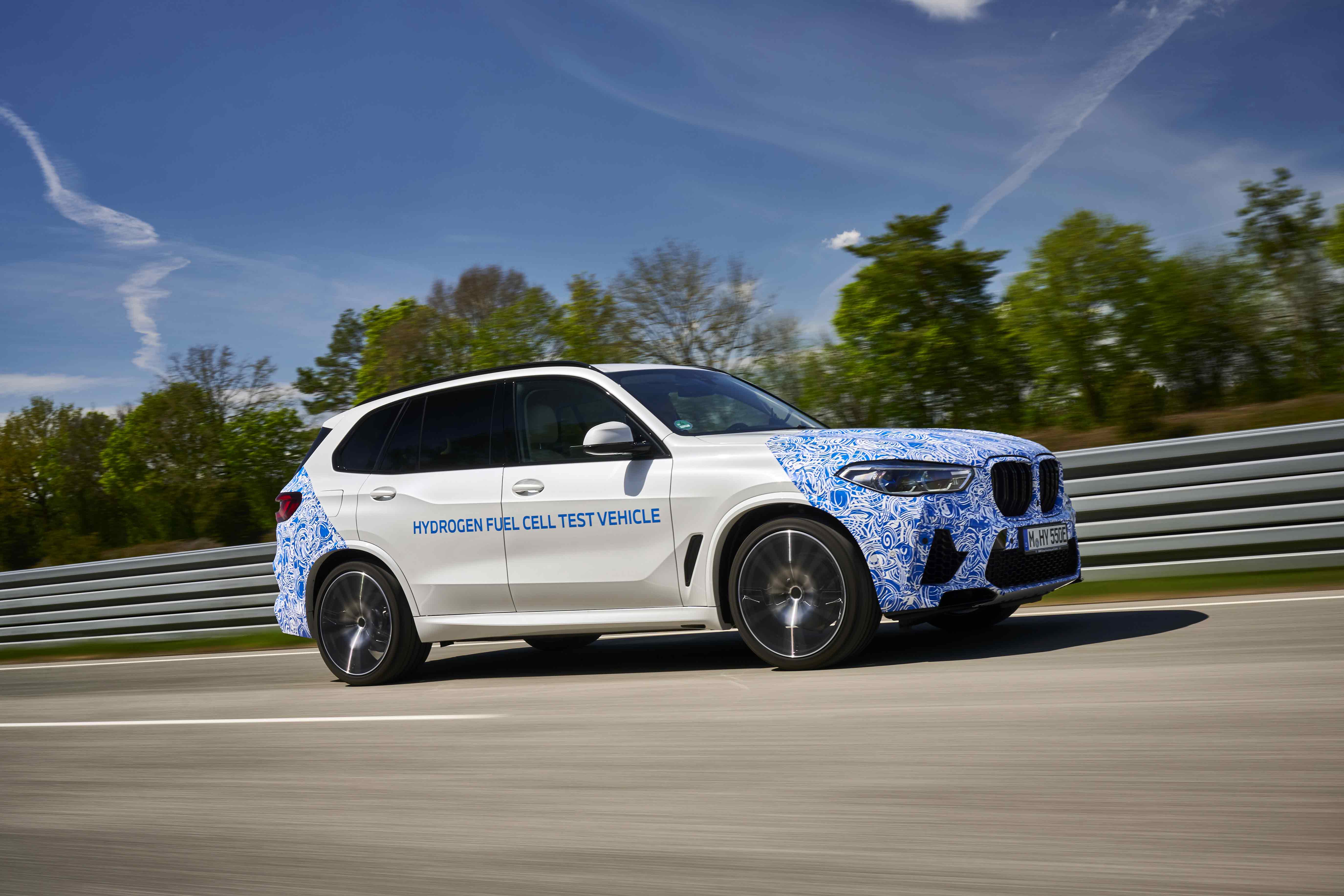 The BMW Group is beginning to test near-standard vehicles with a hydrogen fuel cell drive train in everyday conditions on European roads. Prototypes of the BMW i Hydrogen NEXT will examine how effectively the CO2-free drive train, model-specific chassis technology and vehicle electronics systems work together under real-life conditions. The BMW i Hydrogen NEXT is a pure electric vehicle that uses hydrogen as fuel by converting it into electricity in a fuel cell. The recently launched testing programme will pave the way for the BMW Group to present a small-series model with this sustainable drive technology, developed on the basis of the BMW X5, in late 2022. Extensive field testing of these vehicles will provide practical experience in the use of this sustainable drive technology.

Hydrogen fuel cell technology has the long-term potential to supplement internal combustion engines, plug-in hybrid systems and battery-electric vehicles within the BMW Group’s flexible drive train strategy. It could become an attractive alternative to battery-electric drive trains – especially for customers who do not have their own access to electric charging infrastructure or who frequently drive long distances. “Hydrogen fuel cell technology can be an attractive option for sustainable drive trains – especially in larger vehicle classes,” according to Frank Weber, member of the Board of Management of BMW AG responsible for Development. “That is why road testing of near-standard vehicles with a hydrogen fuel cell drive train is an important milestone in our research and development efforts.”

Like the fuel tank of a conventional combustion-engine model, the hydrogen tank of the BMW i Hydrogen NEXT can also be filled within three to four minutes with a fuel that ensures a range of several hundred kilometres in all weather conditions.

A central element of the BMW i Hydrogen NEXT road tests now underway is finetuning the software that controls all driving and operating functions. The fuel cell system, hydrogen tanks, performance buffer battery and central vehicle control unit have all previously been tested individually and together in hundreds of test runs conducted on test benches. This functional testing is now being followed with field testing on the roads. The intensive programme, which is conducted under everyday conditions, with thousands of kilometres driven in real traffic situations, helps development engineers validate the efficiency, safety, convenience and reliability of all components. At the same time, the test series is designed to ensure the characteristic driving pleasure of BMW models – even with locally emissionfree mobility using pioneering hydrogen fuel cell technology.

The BMW i Hydrogen NEXT uses fuel cells from the product development cooperation with the Toyota Motor Corporation. The individual cells come from Toyota, while the fuel cell stack and complete drive system are original BMW Group developments. The cooperation established in 2013 seeks to optimise the everyday practicality and scalability of hydrogen fuel cell technology for use in each company’s respective production vehicles through the intensive exchange of experience.

The complete drive system in the BMW i Hydrogen NEXT combines hydrogen fuel cell technology with fifth-generation BMW eDrive technology – which can already be experienced in the BMW iX3 and soon the BMW iX and BMW i4, as well. Energy is generated in the fuel cell as the result of a chemical reaction between the hydrogen carried by the vehicle and oxygen from the air. This delivers an electrical output of 125 kW/170 hp. An electric converter located below the fuel cell adjusts its voltage to that of the electric motor, which powers the BMW i Hydrogen NEXT.

Energy stored in a performance buffer battery is also used for dynamic acceleration manoeuvres and short bursts of speed for overtaking. As a result, the system delivers an output of 275 kW/374 hp that corresponds exactly to that of the most powerful six-cylinder in-line petrol engine currently used in BMW models – thereby guaranteeing the driving dynamics the brand is known for.

The energy stored in the performance buffer battery is generated in a particularly efficient way during driving by recovering energy from coasting overrun and braking phases. The hydrogen needed to supply the fuel cell is stored in two 700-bar tanks made of carbon-fibre reinforced plastic (CFRP), which together hold six kilograms of hydrogen. Its precisely controlled reaction with oxygen in the fuel cell generates electricity, while water vapour is the only emission produced by the drive train.