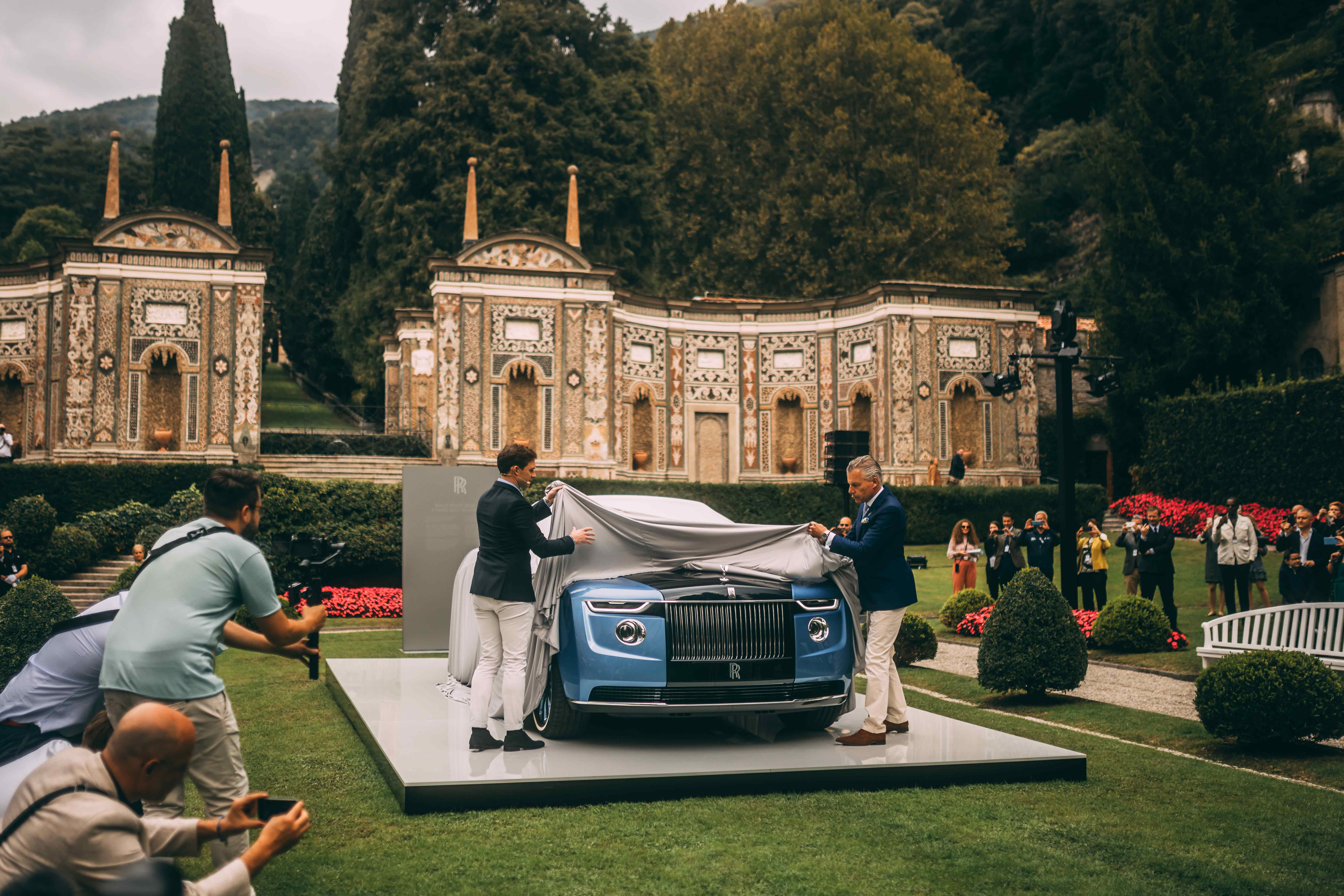 It was a wonderful privilege to reveal this unique Rolls-Royce to the world for the very first time. Although images have been widely shared, the car itself had not been displayed in public before. The Villa d’Este Concorso d’Eleganza was the perfect occasion, bringing together leading international media alongside knowledgeable motoring experts and discerning luxury aficionados, on the glamorous shores of Lake Como. There was also a pleasing symmetry in that we launched the first coachbuilt Rolls-Royce of the modern era, Sweptail, at the 2017 event.

“It was a truly historic moment for the marque. We are leading a modern coachbuilding movement that takes the wider luxury industry into an entirely different space, where hyper-personalisation and contemporary patronage provide essentially limitless possibilities.”

Rolls-Royce’s coachbuilt masterpiece Boat Tail made its global public debut at the prestigious Concorso d’Eleganza Villa d’Este on 2 October 2021. The car was unveiled by Torsten Müller-Ötvös, Chief Executive Officer, Rolls-Royce Motor Cars. It was then available for guests and journalists to view for two days only, before returning to the privacy and seclusion that has surrounded it since it was formally revealed in May 2021.

Images of the car have been shared and admired around the world; however, this is the first time Boat Tail itself has been displayed in public. It was a unique opportunity for guests and journalists to examine the car’s remarkable coachbuilt construction and extraordinary Bespoke detailing, which were designed and hand-built at the Home of Rolls-Royce in a highly demanding technical and creative project lasting almost four years.

Boat Tail marks a seminal moment in the annals of Rolls-Royce, demonstrating the marque’s commitment to coachbuilding as a central part of its future direction and portfolio. It continues and accelerates a contemporary coachbuilding movement that began with Sweptail, the first coachbuilt Rolls-Royce of the modern era, which also made its first public appearance at Villa d’Este back in 2017.

Boat Tail represents a pivotal moment for the wider luxury goods sector.  As a truly hand-built, one-of-a-kind creation, in which both the bodywork and interior are designed and produced to the client’s specification, Rolls-Royce Coachbuild redraws the boundaries of luxury and opens vast new possibilities for patrons of contemporary design and fine craftsmanship.

First staged in 1929 on the shores of Lake Como in northern Italy, the Concorso d’Eleganza Villa d’Este is one of the most important and glamorous occasions on the international lifestyle calendar. Normally held in May, the 2021 event took place from 1-3 October 2021, with Boat Tail having been presented to the world, for the first time, on 2 & 3 October only.