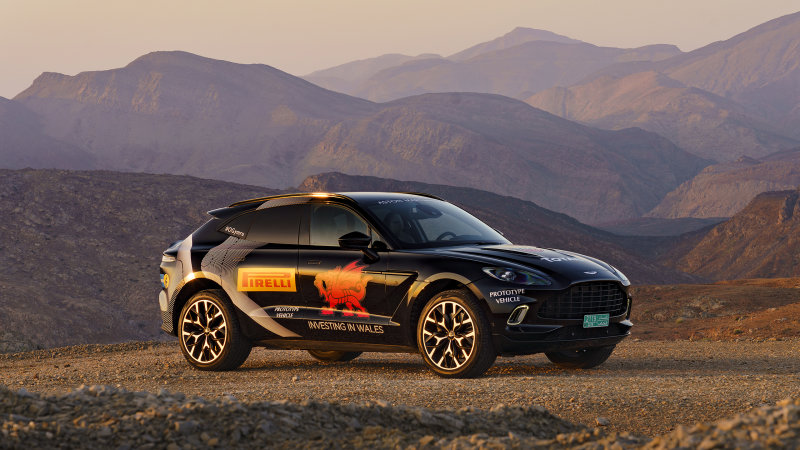 British carmaker Aston Martin has received a cash injection from a consortium of investors helmed by Canadian billionaire, Lawrence Stroll, which will rescue the car maker from bankruptcy. In return for the funds he contributes, Stroll will get the position of executive chairman and a 20 percent stake in the company.

This is not the first time that Aston Martin has faced bankruptcy. Though Aston Martin is all set to launch its first sports utility vehicle (SUV), the car maker has gone through bankruptcy seven times in its history that goes back 107 years. The infusion of funds is expected to help stabilize the fortunes of the British car maker.

While Stroll and the consortium he leads will invest GBP 182 million (USD 239 million), other major current shareholders, who mainly include Italian and Kuwaiti private equity groups will participate in a rights issue to raise GBP 318 million pounds.

Stroll will replace outgoing chairwoman Penny Hughes, who said that the company’s difficult trading performance in 2019 led to serious liquidity issues. This was why Aston Martin was forced to seek substantial additional equity financing. The revenue that was generated from sales was not adequate to support the operations of the group.”

Now, it is up to Aston Martin to capitalize on the lifeline it has received and transform it into part of a sustainable plan, even while it delays investment in EVs and tries to minimize the costs of operations. One of the brand’s stated aims is to settle around 1 billion pounds worth of debt which is due to mature in 2022. According to automotive analysts Jeffries, Aston Martin has lower gross margins than close rival Ferrari, and to counter this it is just as important to scale up than to generate extra capital.

The feedback for the company’s first SUV will play a major role in its future as the SUV market is seen as a lucrative segment into which Aston Martin is a relatively late entrant. Aston Martin has set up a new factory in Wales to make the model, known as the DBX, which the brand is hoping will draw more women customers. It is also hoping that some buyers might like to purchase both the DBX and a vehicle from its traditional range. With the DBX model not due to roll off the production line until the second quarter of this year, so far Aston Martin has spent a lot on the model while receiving only some of the benefit.

According to Aston Martin, it has already received about 1,800 orders for the car which will be sold at the retail level for GBP 158,000 pounds, which is a far better rate than for any previous models. The model is expected to serve as a significant source of revenue for the British brand.