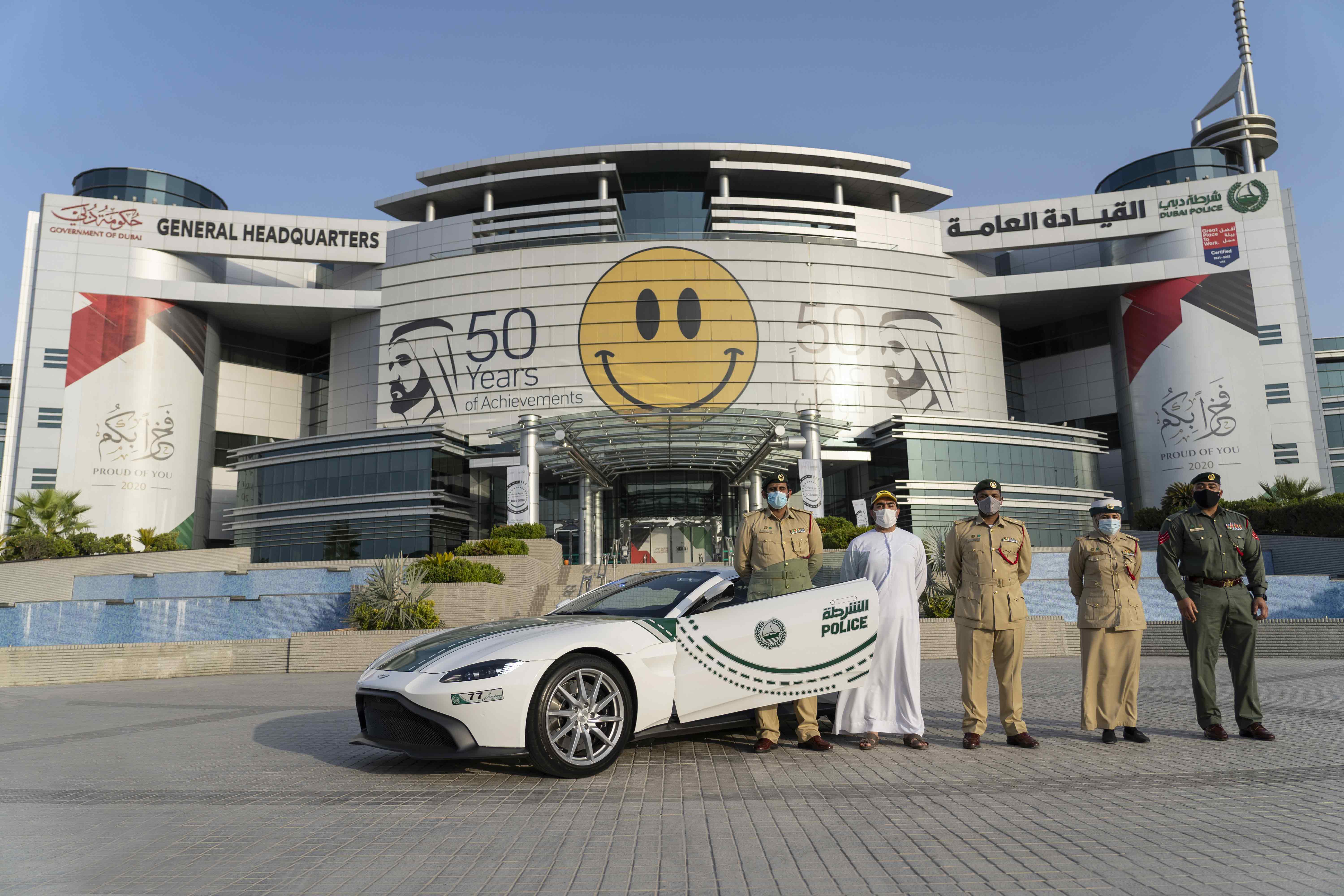 The Aston Martin Vantage has officially joined the internationally acclaimed Dubai Police fleet, dressed in full livery complete with flashing lights. The agile, performance-driven Vantage will be seen on Dubai’s roads alongside an enviable collection of sports and supercars used to service the police force and drive public engagement.

Aston Martin has been present in the UAE for more than 50 years, and now this collaborative effort between its MENA team and Dubai Police only stands to strengthen its presence alongside its flagship dealerships in Dubai and the capital, home to the marque’s full range of celebrated sports cars and new SUV.

The Dubai Police Vantage features a custom ‘77’ number plate, the number 7 a nod to the UAE’s seven Emirates as well as the British marque’s long-standing association with the world’s most famous secret agent, James Bond – just in time for the release of the highly anticipated No Time to Die movie next month.

“It is an honour to have an Aston Martin join Dubai Police’s fleet of supercars and the Vantage is the perfect model to make such a statement; purity at its finest, a hint of aggression and engineering that pushes it to upwards of 300 km/hr. We are grateful to the team at Dubai Police, and especially HE Lieutenant General Abdullah Khalifa Al Marri, Commander-in-Chief, for bringing this partnership to life,” said Ramzi Atat, Head of Marketing and Communications MENA, Aston Martin.

The heartbeat of Aston Martin’s purest models and an evocative name for a magnificent bloodline of thoroughbred sports cars, Vantage demands a bold and distinctive design language. One of  the luxury British marque’s most famous model designations, its name proudly sits on more than a third of all the sports cars ever made by the brand and its family forms a crucial part of the ever-evolving Aston Martin story.

The historic Vantage, which recently celebrated its 70th anniversary, has become synonymous with cutting-edge styling, pace and power. Designed for aerodynamic excellence as well as obvious kerb appeal, the current model features a 4.0-litre twin-turbocharged V8 engine with a peak power output of 503BHP and a torque peak of 505lb-ft, mated to a rear-mounted 8-speed automatic gearbox manufactured by ZF.

This endows the Vantage with an impressive acceleration of 0-100 km/hr time of 3.5 seconds, and supports a top speed of 314 km/hr, delivering raw athleticism and an enticing performance feel.

The Dubai Police Vantage will soon make its event debut, being showcased alongside other models in the force’s fleet at the highly anticipated EXPO 2020 in October 2021.