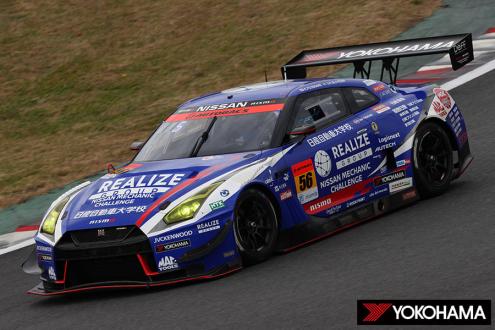 Entering the series final Round 8 atop the team ranking after first-place finishes in Round 5 and Round 7, Realize Nissan Automobile Technical College GT-R (drivers: Kiyoto Fujinami, Joao Paulo de Oliveira) added to its point total by finishing second in this year’s final race to secure the series championship. The team’s victory, supported by stably outstanding results throughout the season, returns the series championship to a team racing on YOKOHAMA tires for the first time in three years. With Yokohama Rubber also supplying its tires to many other teams competing in the GT300 class, cars running on ADVAN racing tires won four of the series’ eight races.

The technology strategy outlined in the company’s current medium-term management plan, the Grand Design 2020 (GD2020), positions participation in motorsports activities as crucial to Yokohama Rubber’s effort to be at the vanguard of the development of new tire technologies. Yokohama Rubber is therefore participating in a wide variety of events in Japan and around the globe, from top-category races to grassroots races. In this year’s SUPER GT series, Yokohama Rubber supplied tires to 20 machines competing in the GT300 class and three machines running in the GT500 races. Overseas, Yokohama Rubber is supporting teams active in a wide range of race categories as part of its effort to promote motorsports around the world. Yokohama Rubber will continue to be actively involved in motorsports as it continues its pursuit of the highest level tire technologies.