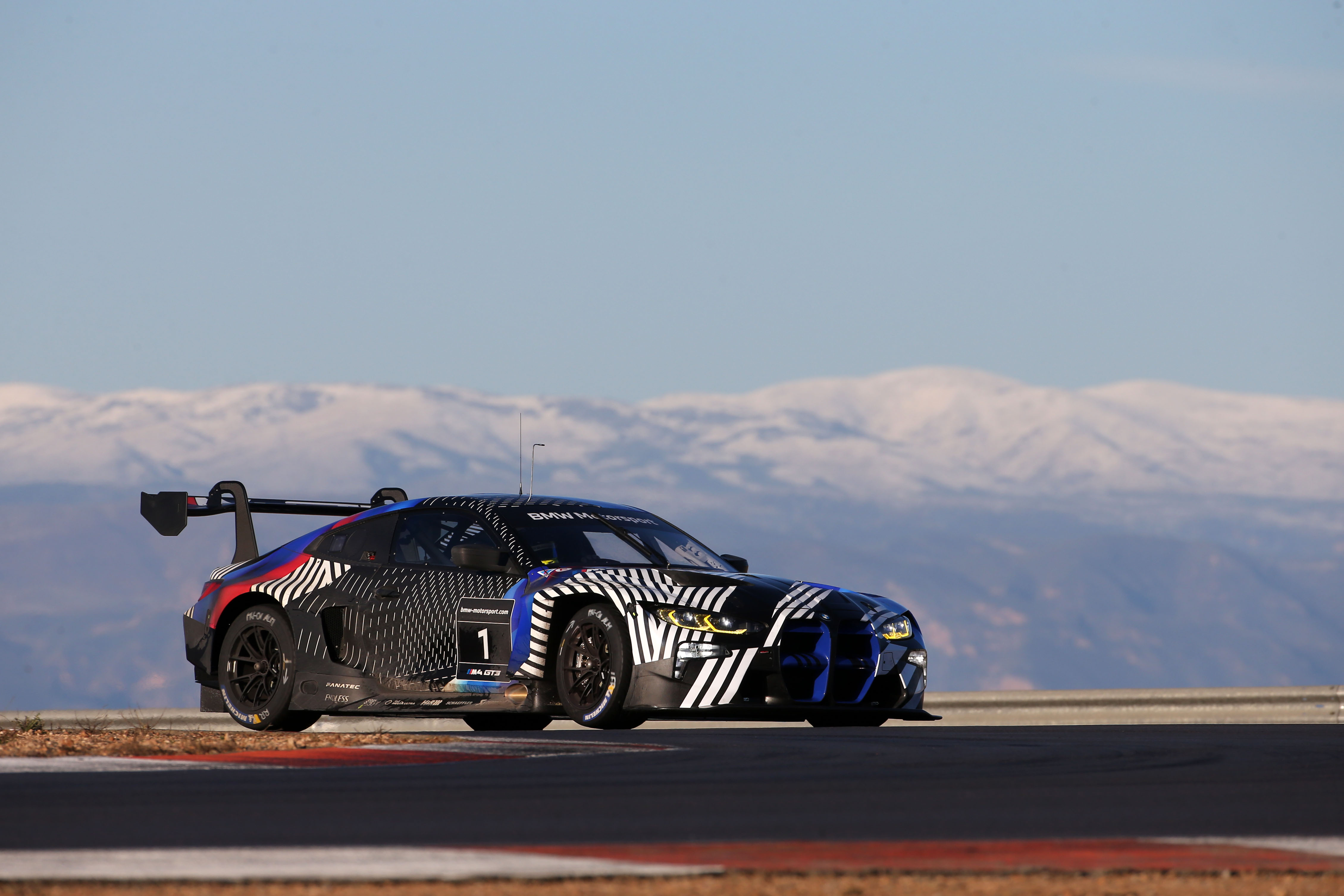 The test drives at Almeria (ESP) last week represented another milestone in the development of the BMW M4 GT3, with successful endurance runs and race simulations. Martin Tomczyk, Jens Klingmann (both GER) and Nick Yelloly (GBR) took turns at the wheel, and these are just three of the many experienced BMW drivers who have already contributed to the optimisation of the car. Others include Augusto Farfus (BRA), Marco Wittmann (GER), Bruno Spengler (CAN), Sheldon van der Linde (RSA) and Jesse Krohn (FIN). In addition to endurance runs, the focus at Almeria was mainly on testing tyres of various brands.

In a direct comparison with its predecessor, the BMW M6 GT3, the BMW M4 GT3 is already showing considerable improvements in crucial areas at this stage of development, namely the reduction of lifecycle costs and maintenance effort, as well as drivability for professional and amateur racing drivers, both in dry conditions and in the rain. Easy handling of the BMW M4 GT3 is the top priority – for both drivers and the team at the track. The BMW M Motorsport engineers have made a breakthrough. For the first time, it is possible to change most electronic settings in the car, without having to connect it to a laptop. Last-minute changes to control systems or sensors can be made via the multifunction steering wheel, making it much quicker and easier to make changes.

“There was a really good atmosphere among us drivers during the last test drives because we were able to complete a lot of laps and we all agree that the BMW M4 GT3 is a lot of fun,” said Klingmann at the end of the week of testing at Almeria. “It is very easy and consistent to drive, which has a positive effect on tyre wear and we made progress with the development of lots of systems. Naturally, there are still lots of things to sort out, but the question marks are consistently being replaced with exclamation marks.”

“Since I had only driven the car in the wet once before, the Almeria test was like a first for me,” said Tomczyk. “We were really well prepared, and everything went fantastically with very few exceptions. I also really enjoy driving the car. I’m feeling very positive.”

Yelloly said: “As someone who has competed in a lot of races in the BMW M6 GT3 in recent years, I noticed right away just how big a leap forward the BMW M4 GT3 will be. We tested both performance and consistency, and practiced pit stops and performed system checks. The BMW M4 GT3 drove well on all tyre brands that we tried out so I’m very confident looking ahead to future race appearances. I can’t wait to get started.”

In addition to the testing at the racetrack, which BMW Team RMG will continue intensively during the course of the year and will supplement with initial test races, the close collaboration between BMW M Motorsport and colleagues in series development in Munich (GER) plays a crucial role. BMW Group uses various test benches for the whole car as well as components, for example, to measure performance, vibrations, efficiency and roll resistance. The BMW M4 GT3 has undergone tests on the engine test bench and the roller test bench and intensive work has been done in the wind tunnel and climate tunnel.

Testing also took place in the BMW Group’s acoustics tunnel this week, to advance the noise measuring tuning and silencer development with noise emissions for the BMW M4 GT3. This cutting-edge tunnel can do much more. In series operation, some of its other uses include sound development and tuning driving noises and interior noises.

Testing of the BMW M4 GT3 is set to continue with further sessions in April and May.