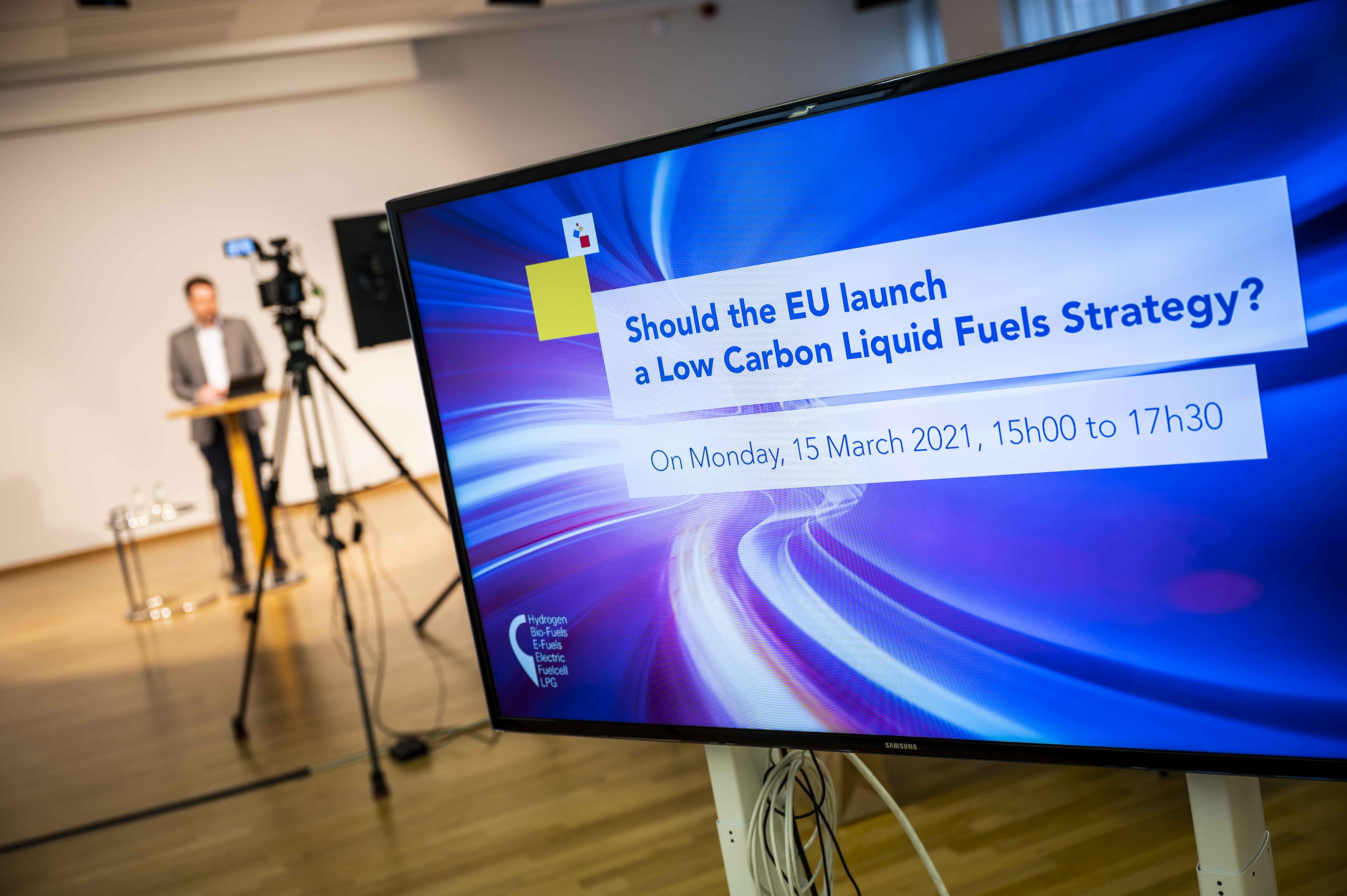 Michael Johannes, Vice-President Mobility and Logistics at Messe Frankfurt, explained that the expert talk series is open to all technologies and covers all types of climate- neutral drive energies, from hydrogen to electricity, through biofuels and synthetically produced fuels, as “each and every alternative drive system has a role to play in helping Europe reach its climate targets.” Adina Vălean, European Commissioner for Transport, introduced the European Commission’s plans for establishing a long-term regulatory framework for aviation and maritime fuels. She pointed out: “Low-carbon liquid fuels will certainly play an important role for cutting aviation and maritime emissions by 2030.” Jan- Christoph Oetjen, Member of the European Parliament, called for a low-carbon liquid fuels strategy that embraces a well-to-wheel approach, whereby carbon emissions are assessed throughout a fuel’s full life cycle. This would help “ramp up production and use of low-carbon liquid fuels in the road transport sector, with a view to use them later on in those sectors which are more difficult to decarbonise.” John Cooper, Director-General at FuelsEurope, stated: “While there is no single technology which will address the challenge of decarbonising the entire transport sector, renewable and low-carbon liquid fuels represent a complementary, no-regret solution, across land, air and sea. A long-term European strategy would help drive demand for low-carbon liquid fuels in all three transport sectors.”
Low-carbon liquid fuels are sustainable fuel alternatives from non-petroleum origin. They can contribute to reaching carbon neutrality, as no or very limited CO2 emissions are released during their production and use. Time is nonetheless of the essence in fleshing out the strategic way forward for low-carbon liquid fuels in Europe, with demonstration at scale required in this decade for these fuels to deliver the greenhouse gas emissions reductions needed to achieve carbon neutrality by 2050.
First blended with conventional fuels, low-carbon liquid fuels have the potential to progressively replace traditional fuels, alongside other innovative mobility solutions, such as electrification, hydrogen and further emerging technologies. However, unlike some alternatives, low-carbon liquid fuels largely rely on already available infrastructure, and do not require the replacement of the existing vehicle fleet. Ultimately, by providing a further valuable choice next to other low-carbon technologies, these types of fuels are also making sustainable mobility options available for a wider group of consumers.
Additional quotes:
Bernhard Dietrich (Director Centre of Competence for Climate and Noise Protection in Aviation (CENA)): “Going forward we need a smart, market-oriented strategy on low- carbon liquid fuels for the aviation sector, which includes a clear phase-out of fossil kerosene and creates demand by providing incentives to invest in e-fuels.“
Dörte Schramm (EU Governmental Relations, Robert Bosch GmbH): “E-fuels will not slow down electrification of transport. As such, we need incentives, notably in passenger car regulation, to spur the uptake of e-fuels where there is no credible alternative.”
Prof. Thomas Koch (Head of the Institute for Piston Machinery, Karlsruher Institut für Technologie): “European policy for road transport has become really focused on replacing the internal combustion engine, whereas in fact, decarbonising transport is about replacing fossil fuels. This distinction is key if we do not want to lose credibility.”
Laurianne Krid (Director General Region I, Fédération International de l’Automobile (FIA)): “Low-carbon liquid fuels could play a role in the transition, but they are currently hampered by their scarcity and their cost. Should they be made available to consumers easily and in an affordable way, they should definitely have a role to play in the medium term.”