Home News Automotive Bentley’s pinnacle of coachbuilding, the bacalar, has been exhibited for the first time in the uae 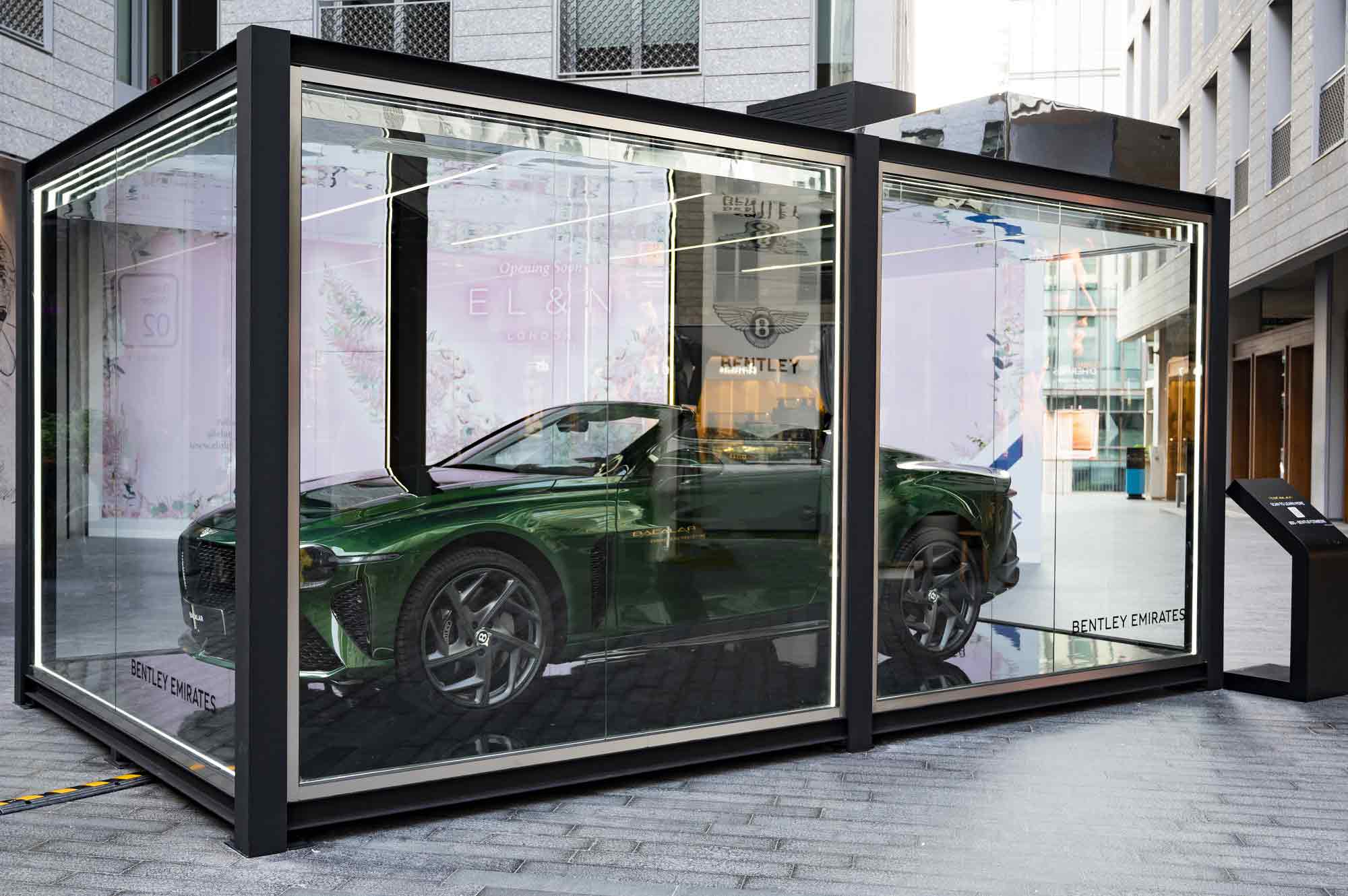 Bentley’s pinnacle of coachbuilding, the bacalar, has been exhibited for the first time in the uae

Bentley Emirates has showcased the Bacalar at Gate Avenue Building 8, in Dubai International Financial Centre for the first time in the UAE. The rarest two-door Bentley of the modern era, and the ultimate expression of two-seat, open-air luxury, this definitive Grand Tourer spearheaded a return to coachbuilding by Bentley Mulliner – the oldest coachbuilder in the world.

Commenting on the the Bacalar’s design and performance, Richard Leopold, Regional Director for UK, Middle East, Africa and India, said: “The Bacalar is the ultimate expression of Bentley’s  luxury and driving performance. The Bacalar has been created, guaranteeing rarity and exclusivity. Customers in this region love to have the opportunity to personanlise their cars – and to create something unique.”

Ahmed Khalaf Al Habtoor, Chief Executive Officer of Al Habtoor Motors, said: “Since the establishment of the largest Bentley Emirates Showroom in the world back in 2016, we have constantly provided our Bentley customers with exceptional service, world-renowned expertise from the automotive field and catered to their unique tastes when it comes to personalisation. Having the Bacalar displayed for the first time in the UAE at DIFC has given our current customers and visitors the chance to appreciate this superb vehicle and all it embodies.”

Bacalar looks to the future of bespoke luxury motoring – each model is handcrafted in Bentley Mulliner’s workshop in Crewe, according to the individual customer’s personal tastes – and they have already been allocated to customers from around the world.

Each marque is unique, the result of direct interaction between the Bentley Mulliner design team and the individual customer.

This, the most exclusive two-door Bentley of the modern era, marks the beginning of a new Bentley Mulliner operation, and forms part of the world’s oldest coachbuilder’s strategy that sees the division offering three different portfolios: Classic, Collections and Coachbuilt.

Bentley Mulliner has an illustrious history and can proudly trace its roots back to the 1,500s when the company’s original focus was customising luxurious, horse-drawn carriages. The remarkable Bacalar is therefore the culmination of almost 500 years of expertise and heritage in the art of vehicle design.

A statement of purpose for the future, Bacalar now propels Bentley into a century of ‘the extraordinary’, as the design team has envisaged the most dynamically sculpted model to date. The dramatic, tapered cowls at the rear hark back to the Barchetta sports cars of old, whilst underlining the promise of a dynamic, driver-focussed adventure in a cosseting, cocooned environment. Pure in line and execution, the distinctive, wraparound cockpit flows from a steeply angled centre console seamlessly into the dashboard and doors. These then wrap rearwards towards the semi-enclosed luggage compartment behind the two seats.

Sustainable, ethically-sourced materials showcased in the EXP 100 GT concept car last year have now become reality in the Bacalar – just eight months after first being previewed. These include paint containing ash from rice husks, which provides a sustainable way of delivering a rich metallic finish, natural British wool and 5,000-year-old Riverwood sourced from the ancient Fenlands of East Anglia.

The Bentley Mulliner Classic offering was introduced in 2019 with the announcement that Bentley’s 1929 Team Blower is to be reborn with a build of 12 supercharged 4½-litre examples of the iconic car. These models, each individually handcrafted by a team of specialists from Bentley Mulliner, will form the world’s first pre-war race car continuation series. This subdivision of Mulliner also completed an immaculate restoration of the 1939 Bentley Corniche in 2019.

Bacalar – A Dynamically-Sculpted Design For The Future

The Bentley Mulliner Bacalar is a genuine ‘roofless’ Barchetta – a luxury, two-seat, open-air performance car, the likes of which has never been seen before. The Bacalar shares no body panel with any other car in the Bentley model line-up – only sharing one exterior component with the Continental GT – the door handle, simply because it contains the keyless entry system.

The Bacalar sits on extended haunches, with the rear track 20 mm wider than a Continental GT, to provide a more muscular, sporting stance. They house bespoke, 22-inch tri-finish wheels with dramatic depth and contour on the road. The unique front and rear horizontal lights add the distinctive, dynamic character that was first seen on the EXP 100 GT.

Instead of a traditional badge, Bentley designers went the extra mile to find a special way to identify the car. Uniquely, the Bacalar name appears on the rear panel, ‘hidden’ behind the lacquer of sustainable rice husk paint, with the capital ‘A’s influencing the contours of the lower bumper area.

“The Bacalar represents a return to the exciting early years of Bentley, allowing owners to help shape the car of their dreams,” said Joseph Tayar, General Manager at Al Habtoor Motors. He added: “The exterior look of each model has been completed in collaboration with individual customers, who were able to further personalise their car, choosing from rare paint options, exterior treatments and design themes.”