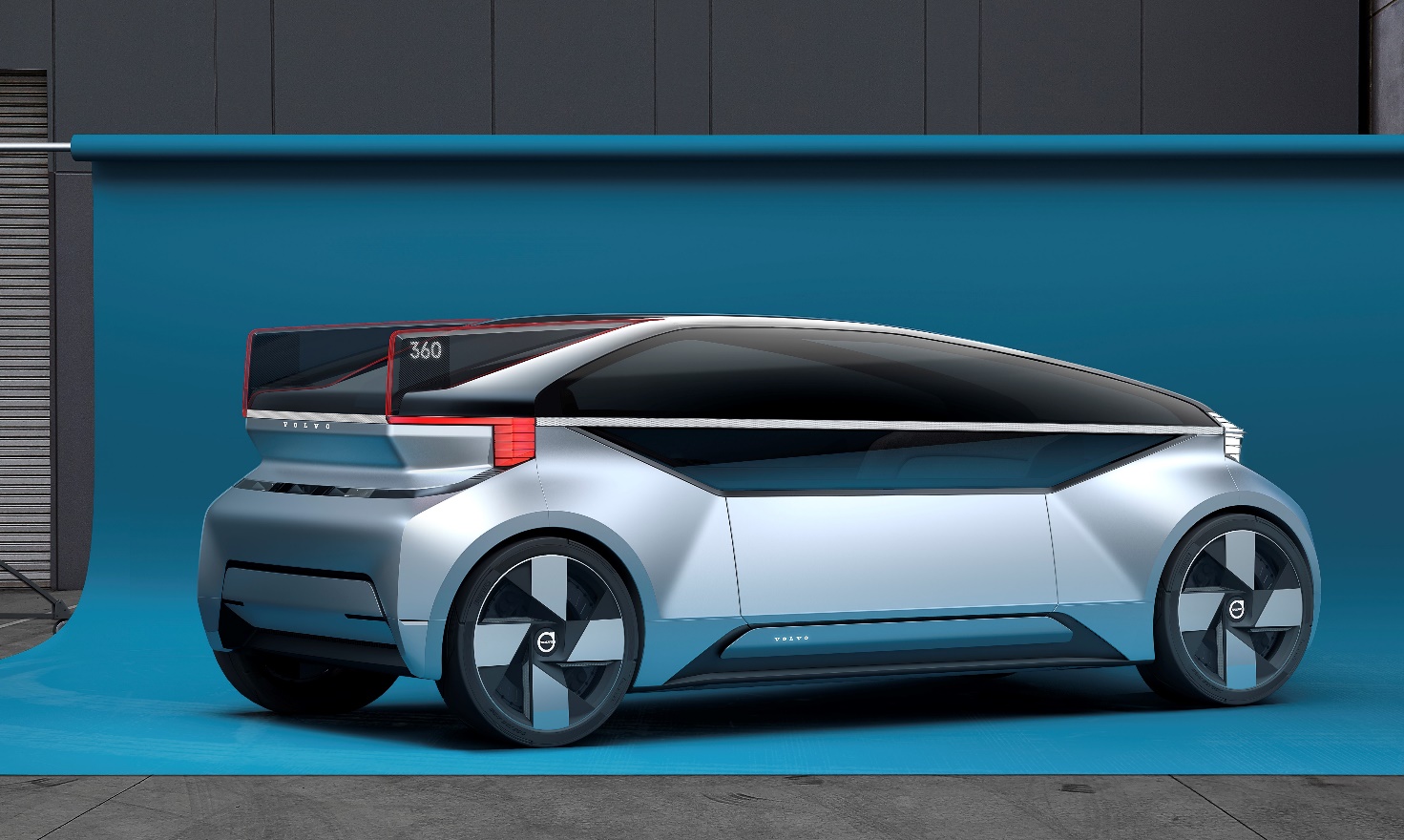 Volvo has launched its 360c autonomous concept car which visualizes a world in which long distance trips become a lot easier thanks to the use of autonomous technology. This will eliminate the need to take to flying and its attendant stress for covering long distances. The 360c autonomous concept is based on the premise of a first-class private cabin that will picks up its passengers at home and transport them from door to door on a long trip. It puts together the best features of autonomous, electric, connected and safe travel and is expected to help Volvo to expand into new markets by targeting customers who would otherwise prefer domestic air travel.

The 360c is conceptualized as a car that is fully autonomous and fully electric and does not need a human driver. Designers thus have greater leeway as there is no steering wheel or combustion engine and hence no restriction when it comes to the placement of the seats.

The 360c could serve as a pace for multiple purposes as it can be a sleeping space, an entertainment space, a mobile office or a living room. It is also expected to set a benchmark in terms of how autonomous vehicles can safely communicate with all other road users.

Commenting on the 360 c concept, Håkan Samuelsson, president and CEO of Volvo Cars said that the automotive business is set to change in the coming years and Volvo intends to spearhead that change in the industry. He said that autonomous drive would not only allow Volvo to take the big next step in safety but also explore new business models. It would also allow consumers to spend their time in the car doing what they want to do.

The 360c is positioned as a viable alternative to short-haul air travel especially in the case of journeys covering shorter routes where the distance is about 300 kilometers or under. This is an industry with several key players including airline companies and their service providers. In the United States alone, over 740 million travellers used domestic flights in 2017 and the domestic air travel industry is worth billions of dollars in revenue. Many of these busy routes take more time by air than by air when the time taken to travel to the airport, for security checks and waiting times are all factored in.

“Domestic air travel sounds great when you buy your ticket, but it really isn’t. The 360c represents what could be a whole new take on the industry,” said Mårten Levenstam, senior vice president of corporate strategy at Volvo Cars. “The sleeping cabin allows you to enjoy premium comfort and peaceful travel through the night and wake up refreshed at your destination. It could enable us to compete with the world’s leading aircraft makers.”

In addition to helping Volvo target new customer groups, the 360c can have an immense effect on the future of travel, city planning, infrastructure and the environmental footprint of society. It will completely transform the way people travel but the manner in which they engage with friends and family while on the move. It would also help them to make proper use of the time they spend while travelling in the cities of the future.

“Autonomous vehicle concepts have a tendency to become a technology showcase instead of a vision of how people use it,” said Robin Page, senior vice president of design at Volvo Cars. “But Volvo is a human-centric brand. We focus on the daily lives of our customers and how we can make them better. The 360c is the next iteration of this approach.”

The 360c is expected to trigger discussion about the scope for autonomous driving technology to transform society.

Mårten Levenstam said that when the Wright brothers first tried out flights in 1903, they had no idea about what modern air travel would look like. In a similar manner, Volvo too does not have much idea about what autonomous travel would be like in the future, but it is definitely expected to have a great impact on the manner in which people would travel, design their living spaces and use infrastructure in the future. His idea is that the 360c would serve as a conversation starter, with more ideas and answers turning up as Volvo learns more about the new technology.