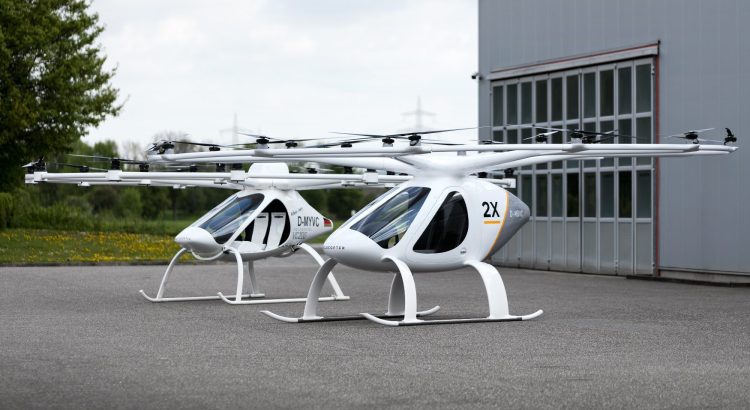 German startup Volocopter has said that Singapore is going to be the most likely market in which it would launch its electric helicopters. They would offer short flights for the price of riding in a limousine.

The company’s co-founder is in discussions with the regulators in the city state to facilitate a public test flight in coming months. Singapore, Dubai and Germany are considered to be the markets that are most open to the concept of Volocopter’s air taxis.

Many firms are involved in the race to commercialize air taxis but safety concerns and the lack of regulation and infrastructure have proved to be the main barriers.

Volocopter has Geely, Daimler, Intel among its backers and hopes to roll out its drone-like taxis on a commercial basis in two to three years. Its vehicle resembles a small helicopter that is powered by 18 rotors.

“For the commercial routes, we have two customers profiles: one is a business customer, so perhaps from the airport to the business center, or for tourists flying from Marina Bay to Sentosa,” Alexander Zosel said in an interview to Reuters. Marina Bay is Singapore’s business district and Sentosa is its popular resort island.

According to Zosel, Volocopter is planning to seek more financial partners in a funding round it plans to close in January 2020.

As of now, the company has raised 85 million euros (USD 93 million) to date, with the latest infusion of funds being from Geely which participated in a round of financing that raised 50 million euros.

Daimler, Intel and Geely each own around 10 percent in Volocopter, according to a Daimler spokeswoman.

Volocopter has conducted over 1,000 test flights: some piloted by humans and others were flown by remote control or autonomously on pre-determined routes.

Zosel said the first commercial flights will be piloted, with flights having only one passenger onboard, but the plan is to transition to fully-autonomous flying in 5 to 10 years.

Singapore has made significant advances when it comes to testing of autonomous vehicles, and plans to deploy driverless buses in three districts of the island from 2022.
But the city-state has very stringent rules for flying unmanned aircraft – especially after drones were involved in causing a series of airport delays this year. It also does not have adequate number of helipads. Hence, the viability of a flying taxi service in Singapore continues to be questionable