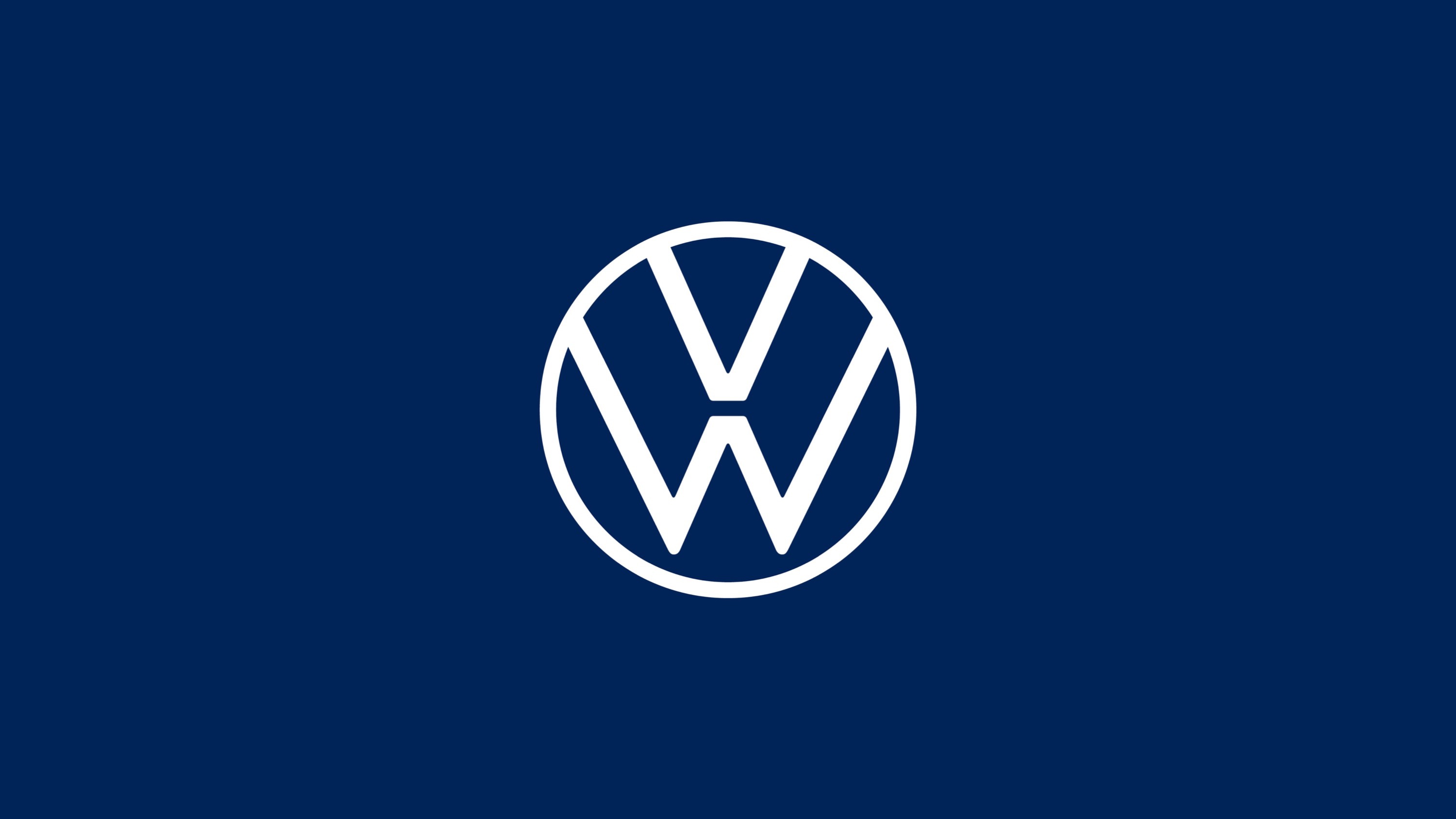 Volkswagen has unveiled its new brand identity including a new logo on the media day of the IAA International Motor Show that is currently being held in Frankfurt. Called the “New Volkswagen “, the revamped brand identity comprises a new logo and a new brand design. The company also used the occasion to make global debut of the full-electric ID.31, calling it the beginning of a new era. The full-electric ID.31 herald’s Volkswagen shift to a future that is electric, fully connected and a company that is committed to neutral carbon balance. The new brand design marks the creation of a more modern, more authentic uniform global 360° brand experience.

The logo that is part of the new brand identity has a flat two-dimensional design that is clearer because it has been pared down to its essential elements. The brand design and the logo symbolize a high level flexibility and are meant for digital applications. Volkswagen’s realignment of its brand design is one of the largest rebranding campaigns in the world and the transition to the new brand design is expected to be completed by mid-2020.

Commenting on the new identity, Jürgen Stackmann, Member of the Brand Board of Management responsible for Sales, Marketing and After-Sales said that it marked the commencement of a new era for Volkswagen. He said that the brand is undergoing a fundamental transformation geared towards the future by formulating new content and with new products and with the vision of a neutral emission balance for everyone. He felt that this was the right time to make the brand’s new attitude visible to the outside world.

The “New Volkswagen” can be seen and experienced in terms of the design of the vehicles, in customer contacts and in the brand presentation as a whole. It would be used for both the passenger cars and the commercial vehicles that the brand makes.

Volkswagen’s Chief Designer Klaus Bischoff played a key role in the development of the new corporate identity. “In the new brand design, we have created an authentic communications platform for the emotional presentation of e-mobility. We are showing the Volkswagen of the future under the motto of “digital first” and “no filter”.

Jochen Sengpiehl, Chief Marketing Officer of Volkswagen, explained that the company has created a
new holistic global brand experience that would be deployed across all channels and across all touch points. The aim was not to show a perfect advertising world, but to show the brand as one that is more human and more lively, to adopt the customer’s perspective to a greater extent and to tell authentic stories.

The groundwork for the new brand design was done internally by a joint team of Volkswagen Design and Marketing and the design was implemented in a record time of just nine months with the full integration of all departments of the company with the aid of a powerhouse concept that was developed by Volkswagen especially for this purpose. As many as 19 internal teams and 17 external agencies were involved in the project.

Volkswagen began the international roll-out of the new brand design at the IAA Frankfurt International Motor Show. The new logo began to shine out from the high-rise building at the Volkswagen headquarters in Wolfsburg at the same time as the Volkswagen Group evening at IAA. The global transition to the new identity will be implemented using a cost-optimized, resource-conserving approach. The initial change will be implemented at the company’s locations and dealers in Europe and this would be followed by carrying out the transition in the Chinese market in October. The brand identity will then be changes in a step-by-step manner in North and South America as well as the rest of the world from the beginning of 2020. The plan is to complete the shift to the new identity by the middle of 2020. Volkswagen’s rebranding is the largest such project of its kind in the industry globally, and will cover 171 markets, 10,000 facilities of dealers and service partners across the globe and the replacement of about 70,000 logos.

Volkswagen’s symbol and trademark will be the new logo which is considered to be clearer, simpler and more modern as it has been distilled to just its essential elements. The new flat and two-dimensional design will permit more flexible use and has been optimized for use in digital media. The previous logo employed blue and white while the new logo has a new blue tone, thus allowing the use of additional color variants. Digital application now become increasingly important with the use of simple, user-friendly interfaces and the
logo will be positioned flexibly with the new “moving frame” in the future.

Rather than a brand claim, Volkswagen will now have a sound logo for the first time. Thus, the
Volkswagen brand will become distinctive in acoustic terms, both in the vehicle and in communications.

The brand’s visual language has changed radically be becoming bolder and more colorful, with the focus being on people. The focus will no longer be on perfectionism in vehicle photography but on the presentation of realistic situations that customers can identify with.

The way light will be treated for the purpose of communication will also change. In future, the logo will be illuminated, on the vehicle, at the brand locations and at the dealerships.

For the past few decades, Volkswagen has used a male voice to present its vehicles and for all its commercials. This has now changed to the use of a female voice. The plan is to use the voice of a woman with a warm, pleasant and confident tone to speak for Volkswagen across almost all markets.