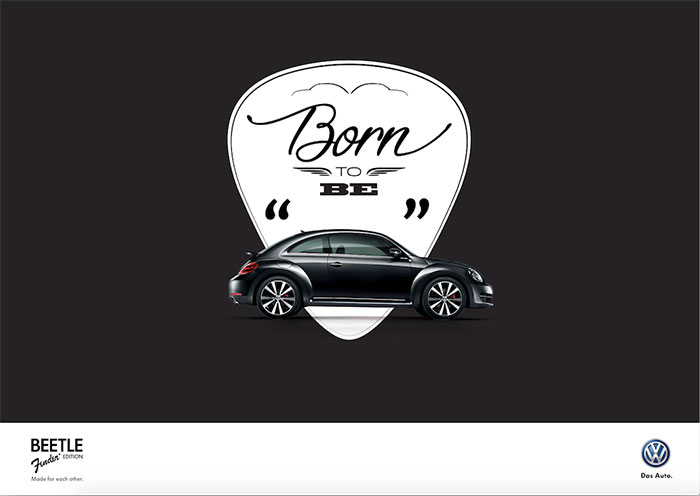 The Red Dot design awards received over 17,000 drawn from more than 70 countries, and in the face of this stiff competition, the Volkswagen Touareg ‘Instant off-road kit’ emerged as the winner of the award for both the direct mailing award in the advertising category and the best promotional merchandise award in the corporate design category.

The “Instant off-road kit” consisting of a vest, spray on mud, fake bugs, dirt, fake tan and fake blood was conceptualized by the global creative agency Memac Ogilvy & Mather as a gift for members of the media test-driving the new 2015 Volkswagen Touareg. The kit was meant to convey the Touareg’s offering of impressive off-road capability and luxurious interiors.

In the direct mailing category, Volkwagen received a third award for the Beetle and Fender “Made for Each Other” advertising campaign celebrating the collaboration of Fender with Volkswagen to provide the Beetle with an outstanding sound system.

In the “Made for Each Other” campaign, Oglivy drew attention to the model with a fun take on the lyrics of the popular song “Girls just wanna have fun” with the Beetle standing in for “fun” in the lyrics.

The Red Dot Award: Communication Design, known in German as the “Deutscher Preis für Kommunikationsdesign” (German Prize for Communication Design) is one of the most renowned awards in the field of communication and advertising and is organized on an annual basis by the Design Zentrum Nordrhein Westfalen. The award recognizes outstanding creativity and accepts entries from agencies, design offices and freelancers across the world.

This trio of awards adds to Volkswagen’s winning streak this year with the company also winning the Most Innovative Car Manufacturer of the Decade award at the tenth presentation of the annual AutomotiveINNOVATIONS Awards in May 2015.

Commenting on the awards, Thomas Milz, Managing Director Volkswagen Middle East, said that Innovation is central to the Volkswagen ethos and plays a crucial role in the company’s continued success. This innovative aspect extends to the company’s communication campaigns as well with the result being campaigns that are always original, creative and engaging.

He concluded, “To be acknowledged and rewarded for two of our most creative campaigns this year with an incredible three awards, at such a prestigious design awards, under such a thorough judging criteria and against other huge global brands, is a huge honor and has spurred us to continue to pioneer automotive innovation – both in cars and communication.”