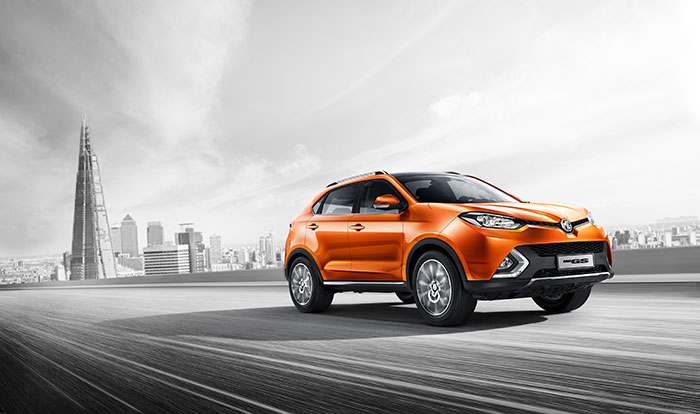 SAIC Motors definitely made an impact at the Dubai International Motor Show with the MG range. The beloved British brand proved that it is back with a bang under SAIC’s stewardship. The new range of MG models have stayed true to the British nature of the brand and have been designed and engineered in Longbridge, Birmingham. MG’s current range of models including the MG3, MG350, MG5 and MG6 has won many awards such as Safety Awards and the British Touring Car Championship in 2014. SAIC will now be strengthening its presence in the Middle East with the regional launch of the MG GS.

The all-new MG GS is MG’s first SUV and is the only British compact SUV for middle-class motorists. With an impressive design, style and rugged appearance, the GS has a sporty appearance that will definitely appeal to motorists in the UAE.

Unlike other SUVs in the middle-class segment, the MG GS comes with a powerful 2.0 L turbo engine having an output of 220 hp and can rival the performance of a 2.5 L engine or even that of a 3.0 L engine. It can go from 0-100km/h acceleration in just 8.2 seconds while the AWD version takes 8.9 seconds) and will lend a high-performance to this segment for the first time. Motorists will definitely benefit from features like the All -Wheel Drive and a 4 differential locks system.

Commenting on the regional launch of the MG GS, Dr. Sun– General Manager of SAIC MOTOR Middle East said that it is the first British Compact SUV to make an entry into the global market and was designed specifically to cater to customer needs with its striking design, incredible power and affordable price. MG partnered with GM for development of the engine and this has paid rich pidends as the MG GS has 20 to 30% more power when compared to its competitors in the middle class segment.