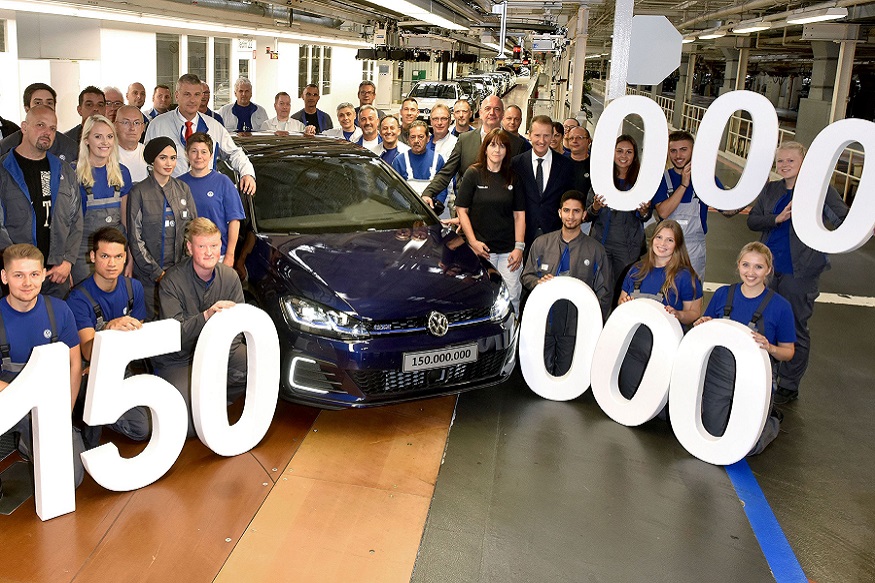 Volkswagen has crossed a significant production milestone by making more than 150 million cars since it started production. What makes the achievement even more significant is that the 150 millionth vehicle was a Golf GTE marking the technological progress the German car manufacturer has made since its inception.

The milestone car came off the production line at Volkswagen’s renowned factory. In the past 80 years since the company was established in 1938, its two most popular models, the Beetle and the Golf have accounted for more than a third of its total production.

As it happened it was with a Golf GTE that the German manufacturer crossed the threshold of 150 million vehicles. The figure is a testament to a momentous journey that began in 1938 with the launch of the first Beetle.

For a long time, the Beetle was the mainstay of Volkswagen’s production and more than 21 million units have been produced so far. It was the company’s most popular model till the Golf began coming off its production lines. The Golf is now in its seventh generation and more than 34 million units of the Golf have been sold on a global basis. Following closely behind the Golf and the Beetle are three other popular Volkswagen models, the a, Jetta and the Polo with sales of 20 million, 19.5 million and almost 17 million units respectively.

Volkswagen has a manufacturing footprint that extends over 50 production facilities located in 14 countries. The company currently has as many as 60 models, which are marketed and sold in across the world. This year alone, Volkswagen has plans to launch 10 more models.

The company has ambitious plans for the future, with at least 19 new SUVs slated to debut by 2020 and plans to launch a new sub-brand called I.D. which will comprise electric vehicles.