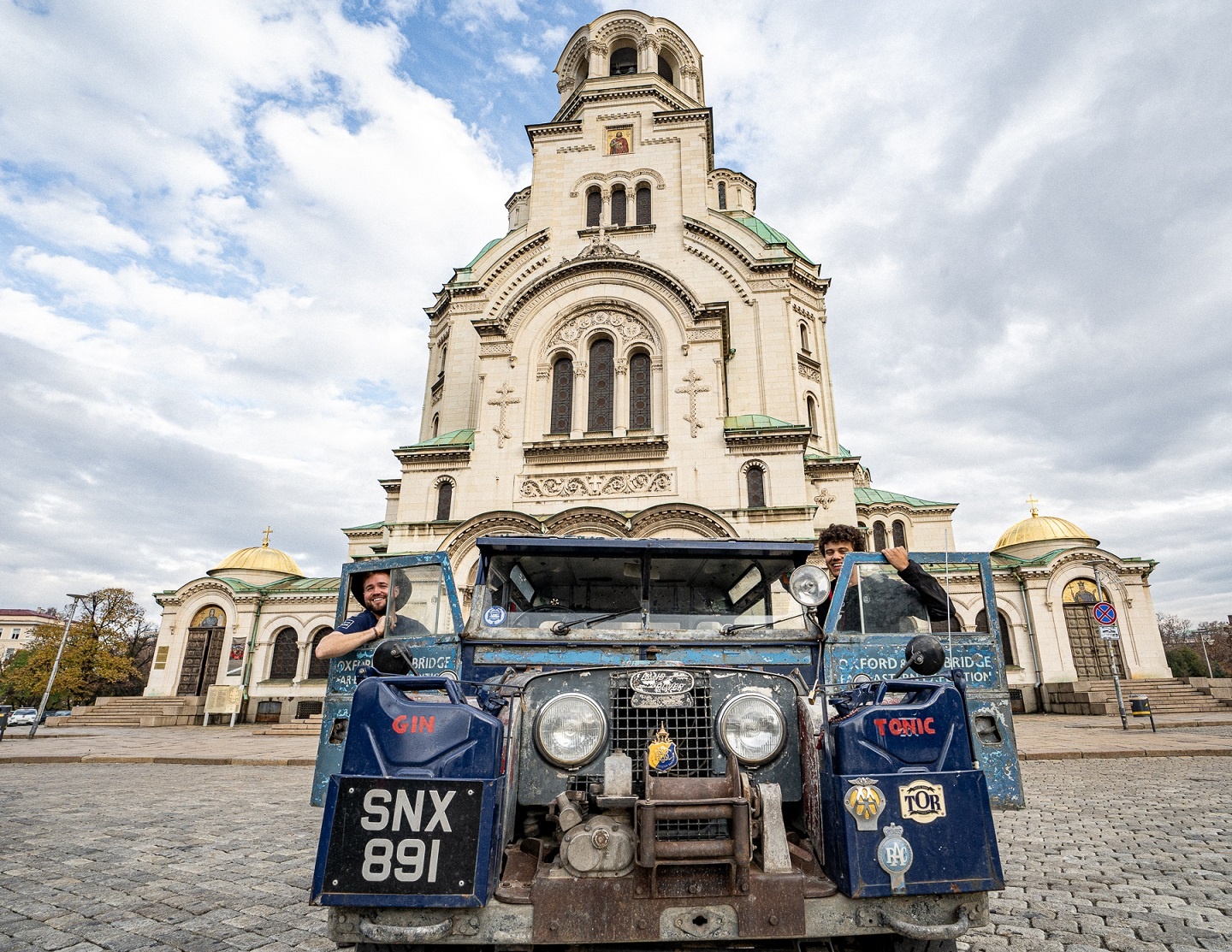 The Last Overland, a team that is currently retracing the route taken by the famous 1955 Oxford & Cambridge Far Eastern Expedition continued its journey from Singapore to London with a stopover at Jaguar Land Rover’s manufacturing facility in Nitra, Slovakia. The relatively new plant which was opened in October 2018 covers an area of 300,000 square meters and has the capacity to make 150,000 vehicles every year with its state-of-the art equipment. The plant is the first in Europe to use the Pulse carrier system from Kuka for a transfer time that is 30 per cent faster when compared to conventional conveyance systems and also has a highly automated paint shop process.

At the plant, the team had a chance to see the latest Land Rover, the New Defender, and it had a chance to be showcased alongside one of its earliest variants, an “Oxford” a Series I Land Rover. Eminent dignitaries like Slovakian Prime Minister Peter Pellegrini as well as Jaguar Land Rover’s Executive Director for Manufacturing, Grant McPherson were on site to welcome the team to the plant.

The team had a chance to tour the modern plant and see New Defenders coming off the production line. Alex Bescoby, who heads the expedition said that the team had always hoped to visit Nitra as part of its journey and to explore the factory where the new Defender is manufactured.

Land Rover will continue to support The Last Overland team as it makes its way through Western Europe, on the way back to London travelling through Austria, Germany, France and Belgium. The team is expected to reach the United Kingdom on 14 December.

A gathering of Land Rover owners drawn from across the UK and Europe will welcome The Last Overland team at Folkestone, UK, where the team will be joined by a specially commissioned Oxford & Cambridge liveried New Defender as part of its final lap to the finish line. The team will end its journey at The Hilton Park Lane in London, which is just a few yards from the finish line of the First Overland Expedition in 1956.

Alex said, “This journey has definitely been an action packed one, filled with many ups and downs, and I can’t believe how quickly the eighteen months that went into planning this journey has brought us here, all in one piece so far! We’ve managed to drive this incredible 64-year-old car once more, to so many remote and fascinating parts of the world, through tropical monsoons, -20 degree and at more than 5000m above sea level. Oxford has taken it all in stride. From Nagaland to Tibet, from Turkmenistan to Serbia, the welcome we’ve received has been unbelievable.”

The Last Overland expedition a test of strength and grit
Crossing multiple international borders in an old car posed many challenges for the expedition as the team used a refurbished Land Rover 86 station wagon that was lovingly refurbished by Adam Bennett and passed its MOT in the first attempt.

One truly memorable incident was the loss of the Oxford’s back wheel when the vehicle was being driven at 70 kmph in Turkmenistan leading to complete severance of the brakes. This was a major mechanical setback.

The humans who participated in the expedition had to face challenges too. The eight team members drawn from the UK, France, USA, Belgium, Indonesia and Singapore had to deal with factors like altitudes, temperatures and various diets, and all of these took quite a toll on their physical health with temperatures close to zero and occasional food poisoning episodes. They even needed to depend on supplementary oxygen while coping with altitude sickness at certain points of the journey.