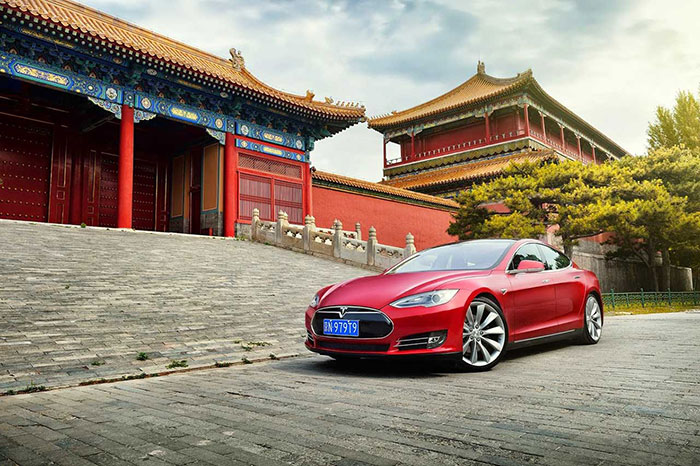 selling 500,000 units by 2018. One market where it is planning to ramp up its presence both on the sales and production fronts is Asia, especially in China and South Korea. Tesla began focusing on sales in the Asia Pacific region with Tesla vehicles going on sale in China in 2014. On the production front, in addition to its plant in Fremont, California, there are reports that Tesla is planning to set up a new factory in China to cater better to the market in this region.

According to reports in the Business Times, Tesla has signed an MOU with the Jinqiao Group that is owned by Shanghai government to spend USD 9 billion on setting up a factory in Shanghai. This will allow Tesla to bypass the 25 per cent tax that is levied on vehicles manufactured overseas and put it on a stronger footing to compete with BMW and Audi, which have factories in China as well as the Chinese automotive firms BYD and SAIC Motor Corp., which has joint ventures with GM and Volkswagen.

Other potential factory sites that Tesla is considering are Suzhou and Hefei. Tesla is also mulling marketing strategies like the launch of zero and low interest, zero down-payment financing in association with the Chinese bank Fosun to increase its market share in China. For example, when it comes to one-year financing for the Model S 90D, it will be offering zero interest repayment for one year, 2 per cent for two years and a 6 per cent rate for three year repayment plans. Customers will also be able to buy a Model S 75 with zero downpayment.

Another market into which Tesla is planning to foray is South Korea where the company has started actively recruiting for employees. It has registered as a corporation in South Korea and has plans to set up an office shortly. It will be ushing the Model 3 heavily in South Korea though both Kia and Hyundai which are based in South Korea have plans to have over two dozen electric models on the road by the end of the decade, including a plug-in version of the Hyundai Ioniq compact hybrid which will reach showrooms by the end of this year.