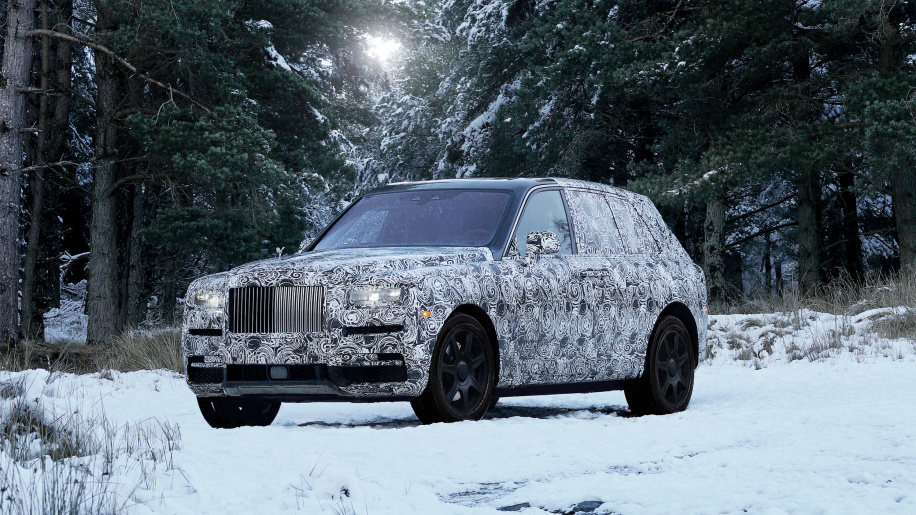 Rolls-Royce has officially confirmed the name of its first SUV or what it calls a “high-bodied” vehicle. Just like Bentley was a bit leery of venturing into SUV territory with its Bentayga, Rolls-Royve has steered clear of the term “SUV”. The company confirmed that the new model would be called the Cullinan after the renowned Cullinan diamond, which is the largest flawless diamond ever found.

Commenting on the name, Rolls-Royce CEO Torsten Müller-Ötvös said that the project has been in the works for a few years and Cullinan is the most fitting name for the vehicle in view of its flawless quality, clarity of purpose and preciousness. He said the Cullinan will recalibrate the scale and possibility of true luxury.

Rolls-Royce also released new official photos of the Cullinan. Though the vehicle was still camouflaged, the general shape and features were quite clear. The Cullinan will be built with a new proprietary aluminum spaceframe, and is slated to make its debut by the late summer of 2018, with deliveries scheduled to commence in 2019. Rolls-Royce expects the launch of the Cullinan to boost its annual sales, as sales had dropped to 3,362 in 2017.