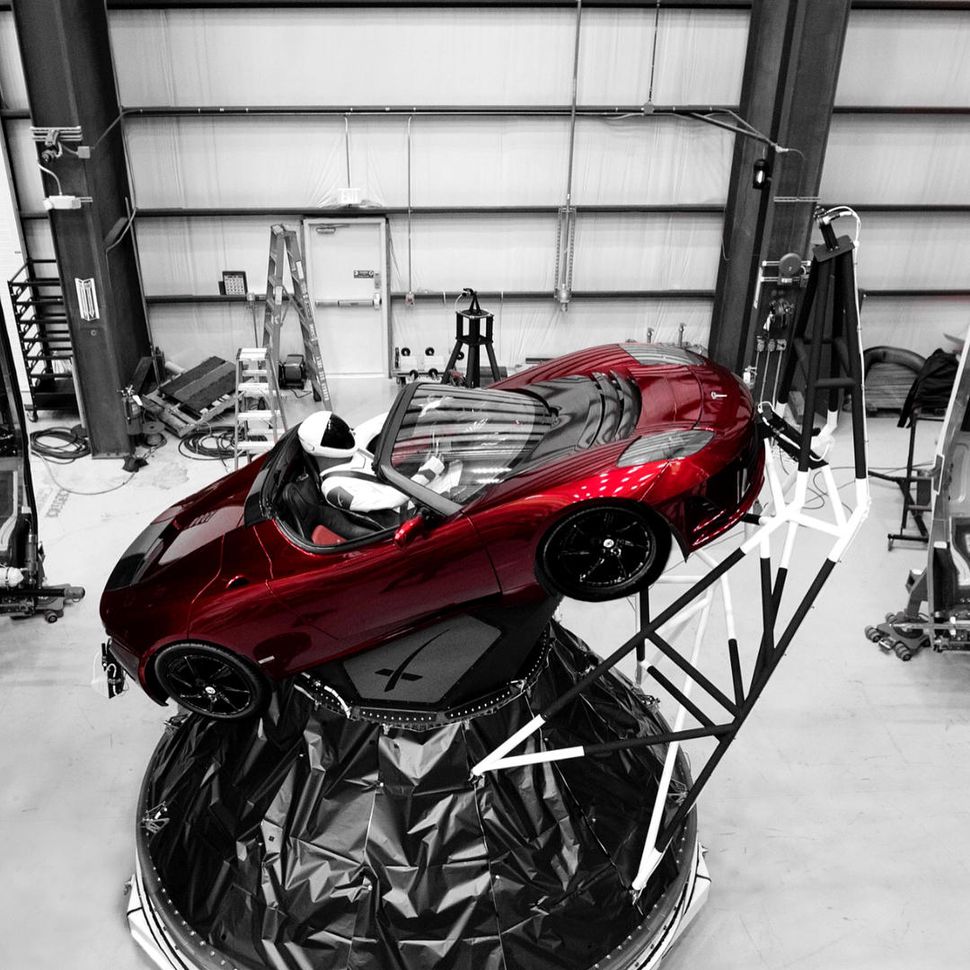 Elon Musk has for the done it again. On February 6, his SpaceX jumbo rocket which is billed as the most powerful launch vehicle made its debut test flight, sending a cherry red Tesla Roadster successfully into space. The launch of the Falcon Heavy rocket definitely marks a significant moment in space history.

Calling the launch an exciting success, Musk also managed to showcase Tesla by sending the Tesla Roadster into a virtually indefinite solar orbit. It will keep orbiting around the sun on a path that will take it as far from Earth as Mars and is now heading into the asteroid belt.

Another remarkable feature of the launch was that the Roadster was manned by a spacesuited mannequin called Starman who occupied the driver’s seat of the convertible.

The Roadster is one that was driven by Musk himself and will be orbiting in space for 1 billion years. It will also play David Bowie’s “Space Oddity” for as long as it can. The launch was livestreamed as it happened .

The image of the cherry red Roadster floating through space, with its wheels not moving at all is definitely one that will linger in our minds. The mannequin wearing the spacesuit completes the picture. Another image that stays in our mind is that of the earth looming large in the background, as seen through the windshield of the car.

The Tesla Roadster thus became the first car ever to float in space, moving at seven miles per second toward the asteroid belt. The launch served to showcase Tesla’s and SpaceX’s technological edge and also can be counted on as a great PR stunt for Tesla. The dashboard screen that displayed “DON’T PANIC” was just the right finishing touch.