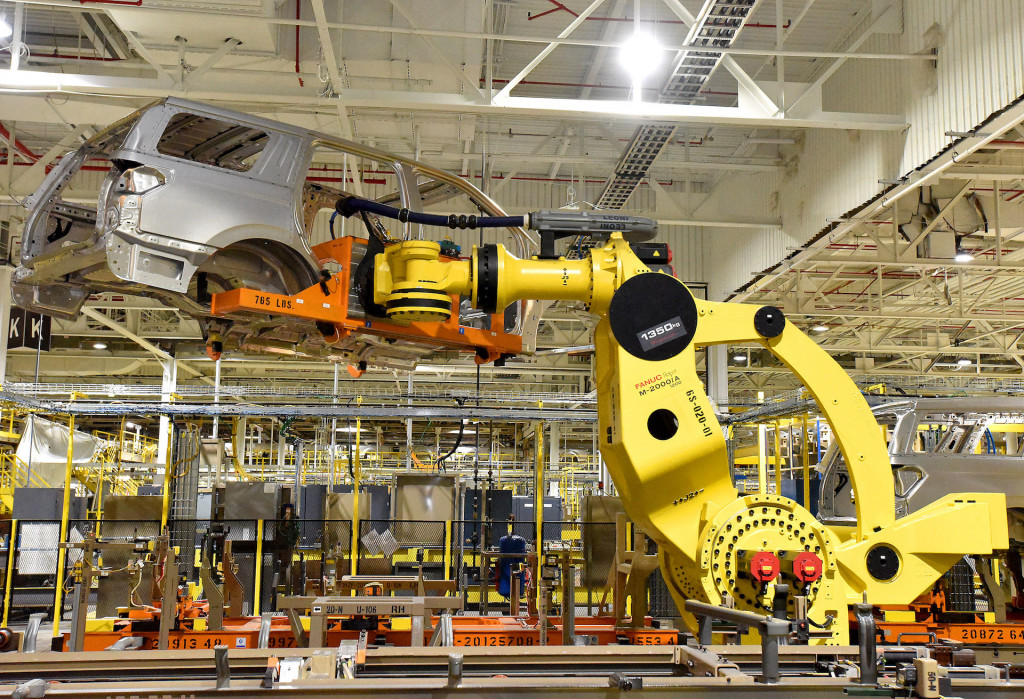 Ford has announced that in order to cater to increase in demand, the company will be expanding its production of the 2018 Ford Explorer and 2018 Lincoln Navigator models.

Ford will be investing USD 25 million in its plant in Kentucky in order to ramp up production of the two SUV models. The amount would be used for increasing the speed of the production line with the aid of 400 new robots and a new 3D printer. This will help the plant employees to make parts faster and at cheaper rates. The 3D printer will not be used for making vehicle parts but for the production of tolls and parts for the machines at the plant. According to Ford, making a prototype part can take as long as 16 weeks and using the 3D printer can cut this time down to a matter of a few hours with a significant reduction in the costs involved.

Based on the latest announcement, the output of the 2018 Expedition and Navigator will increase by 25 percent. The average time it takes for a Navigator to be sold once it is delivered to dealers is only seven days and the sale prices have increased, thanks mainly to the demand for the high-end Black Label and Reserve models.

When it comes to Ford Expedition, the high-end Platinum trim models account for 29 percent of sales.