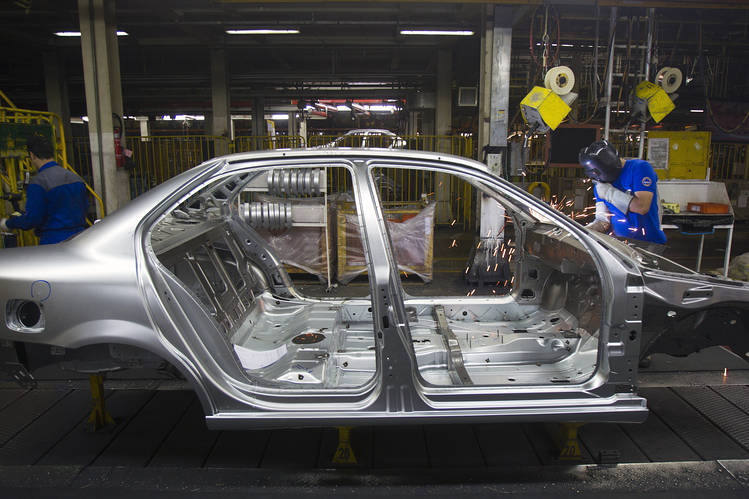 PSA Group Finalizes Deal with SAIPA for JV in Iran

The PSA Group has finalized its deal with SAIPA, the Citroën brand’s historic partner in Iran from 1966, regarding a joint venture agreement for the production and sale of Citroën vehicles in Iran.

Both the PSA Group and SAIPA will have equal shares in the joint venture company, which will deal with the production of vehicles right from the design stage to the production stage including purchase, marketing and distribution of the vehicles in Iran.

This 50/50 joint-venture will act as a starting point for a long-term strategic partnership between the two companies.

The actual manufacture of the vehicles will be carried out at the Kashan plant in Iran, in which the PSA Group will have part ownership. The plant has state-of-the-art technology and will use a flexible industrial process while adhering to the highest level of environmental standards including the use of water soluble paints. The two partners will invest over 300 million euros in research and development and manufacturing over the next five years. The agreement between the two companies also extends to technology transfer and incorporation of a significant level of components that will be manufactured locally.

Over the next five years, at least 150 Citroën outlets will be opened and the vehicles will be sold though this network of exclusive dealers.

Speaking about the partnership, Carlos Tavares, Chairman of the PSA Group Managing Board, said that the PSA Group has had a presence in Iran for more than 50 years and is seeking to regaining its market share through this new strategic alliance that will deploy a wide product range deployment to cater to the expectations of Iranian clients.”