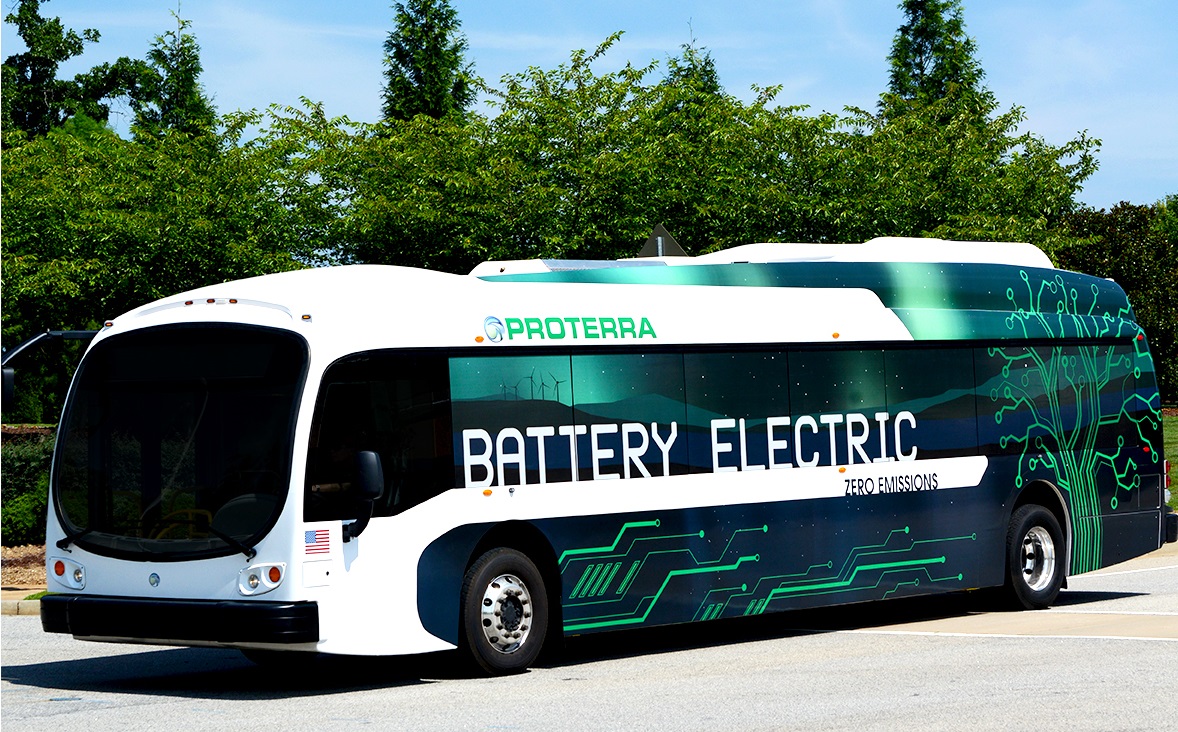 Proterra is a startup company in which General Motors has USD 30 million stake. The company has now developed what it claims is an electric bus with the longest range in the world. While Proterra’s EcoRide BE-35 model could achieve 80-percent charge in just 10 minutes and achieve a range of 40 miles, its latest bus has a range of 1,100 miles, which the company claims is a world record for the longest distance traveled by an electric vehicle on a single charge.

According to Proterra, the Catalyst E2 Max electric bus covered 1,101.2 miles on a single charge at the Navistar Proving Grounds in New Carlisle, Indiana.
Commenting on the achievement, Matt Horton, Proterra’s chief commercial officer said that the achievement is truly impressive in light of the fact that the previous world record of 1,013.76 miles was set by a light-duty passenger EV which is 46 times lighter than the Catalyst E2 Max. He said the record breaking achievement highlighted Proterra’s purpose-built electric bus design, energy-dense batteries, and efficient drivetrain.

The Proterra Catalyst E2 Max’s range is definitely impressive compared to the Chevrolet Bolt’s EPA range of 238 miles and the Tesla Model S 100D’s EPA range of 335 miles. The Catalyst E2 Max has a 660-kWh battery which gives the bus enough power to achieve a top speed of 65 mph. It can be recharged in less than five hours and can seat 40. The bus is not only environmentally friendly but its running costs are also far lower than a fossil fuel-powered bus, definitely a win-win situation from both the cost and emissions perspectives.
The concept of a battery electric while may take a while to get acceptance but with Dubai being a city of many firsts, we can soon expect to see such buses on Dubai roads.