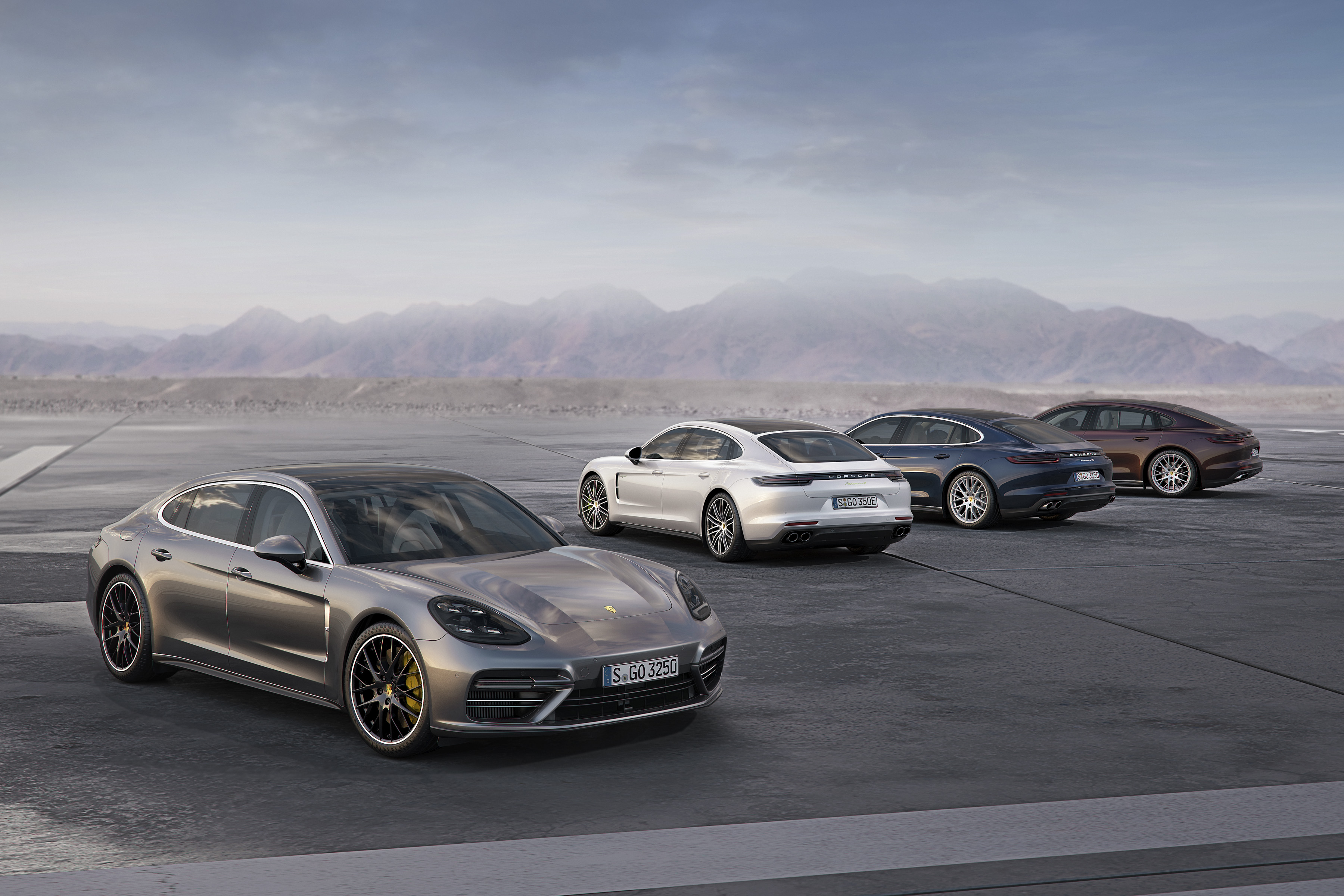 Porsche debuted new variants of the popular Porsche Panamera model at the recent LA Auto Show. Porsche presented an Executive model with an extended body option as well as a new 330 hp V6 turbo petrol engine in rear wheel and an all-wheel drive. The V6 turbo derivative of the popular four-door saloon car will offer motorists optimal efficiency and agility. From the performance perspective, it will have 20 hp more than the the corresponding engine of the previous Panamera generation and it will use 1.0 l less fuel over a distance of 100 km. The German brand also introduced three Executive versions of the Panamera at the show.

The new Executive range has as standard features several features that were previously considered luxury features. These include heated roll-up sunblinds behind the headrests in the rear, comfort seats with multi-way electrical adjustment both in the front and rear, a large panoramic roof and adaptive air suspension with an electronically controlled damper system (Porsche Active Suspension Management).

Meanwhile, the Panamera 4S Executive and Panamera Turbo Executive come with even more premium features for the discerning buyer like soft-close doors and rear-axle steering. The most powerful variant has ambient lighting as standard, LED main headlights which includes the Porsche Dynamic Light System (PDLS) and four-zone climate control.

In addition to these standard features, customers can choose from a range of optional equipment, like a newly designed large rear centre console, which can also be incorporate two integrated folding tables, and an inductive antenna connection for an additional smartphone. It is also possible to further customize the exterior of the Executive versions with a Sport Design package.

When it comes to entertainment, the models offer the latest generation of Porsche Rear Seat Entertainment, with the 10.1-inch displays integrated in the backrests of the front seats that can be detached for enhanced convenience. These units can also be used as tablets when you are on the move outside of the vehicle.

The first deliveries of the newly announced Porsche Panamera derivatives are scheduled to be made in the second quarter of 2017, whilst the Panamera 4 E-Hybrid versions will be available at the retail level from mid-summer next year.