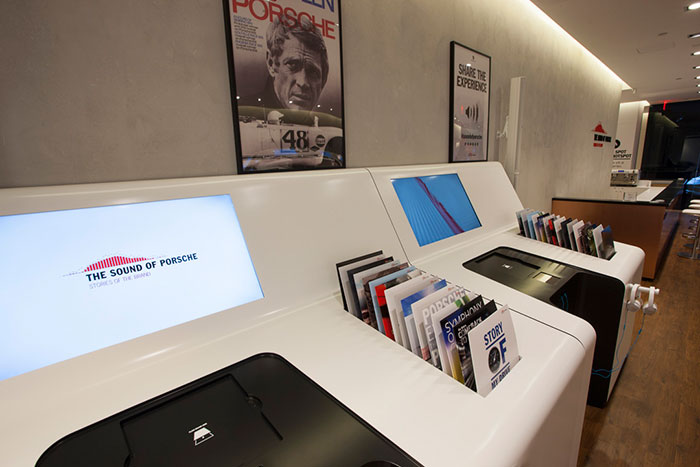 A Porsche activation named “The Sound of Porsche” is set to take centerstage at the Mall of the Emirates for two weeks this summer. The interactive pop-up will be set up on June 16 and will be in place till June 29. It will be based on the concept of a modern music store, inviting visitors to learn more about Porsche and its range of high-performance sports cars. There is also a raffle draw which gives every visitor a chance to drive a Porsche car for the weekend. The pop-up will consist of a display area for a wide range of Porsche models, a design corner, media stations and virtual reality headsets to take visitors through several brand stories that have been created specially for this campaign.

Speaking about the activation, Deesch Papke, Chief Executive Officer of Porsche Middle East and Africa FZE, said that Porsche is an outstanding brand with a storehouse of meaningful brand stories. ‘The Sound of Porsche’ pop-up store in the Mall of the Emirates with give the brand a chance to showcase what it stands for and to connect with the general public. They will have a chance to learn more about the company’s technical capabilities, design and motorsport achievements, and have close encounters with some of Porsche’s most advanced models.

Porsche will use the activation, to showcase its ability to create technology for the race track and brilliantly transfer it to its road-legal cars with a life-size replica of the 919 Hybrid race car, which Porsche used to win the 2015 FIA World Endurance Championship with. Other renowned Porsche models on display would include the Cayenne S E-Hybrid and Panamera S E-Hybrid.

Visitors will be encouraged to use the on-stand media stations, where Porsche racing drivers Mark Webber and Patrick Dempsey share their personal driving experiences. In keeping with the motorsport theme, ‘The Sound of Porsche’ pop-up store will offer a live broadcast of this year’s 24 Hours of Le Mans (June 18), considered to be the most gruelling endurance race in the world.

The pop-up store will allow visitors to enjoy the thrill of driving a sports car using a virtual reality headset, the new Porsche 911, on a race track, at speeds they would never dare to try on the road in the brand’s most iconic model.

The design corner will give visitors a chance to sketch their interpretations of what they associate with the sound of a Porsche, and share their works of art on social media networks via #soundofporsche. The visitor submitting the best drawing will win a trip for two, inclusive of flights and accommodation to the final race of the 2016 FIA World Endurance Championship, which is schedule to be held in Bahrain.