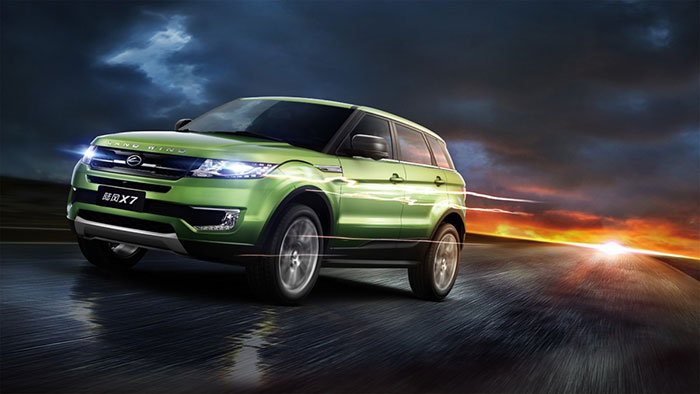 Imitation may be the sincerest form of flattery, but when an automaker spends years and millions of dollars on developing a new model, it won’t take kindly to replicas that are being sold for a fraction of the cost.

In a case that could set a legal precedent, Jaguar Land Rover has filed a lawsuit against Chinese car manufacturer, Jiangling for making a copycat version of its Range Rover Evoque right down to the badging, the headlights, the mirrors and of course, the entire design. The model in question, Landwind X7 is an SUV that is almost identical to the Evoque in every detail and reached the retail level in China well after the launch of the Evoque.

Jaguar Land Rover filed the case against Jiangling in Beijing’s Chaoyang district accusing the Chinese company of copyright infringement and unfair competition, as the model is priced at about one-third the price of the Evoque.

This is not the first time that Chinese manufacturers have come up with their very own versions of popular models. Models from Ford, BMW, Mini and Volkswagen too have lookalikes in the Chinese market that have proved to be highly popular. However, no manufacturer has so far gone to court due to the potential for damage to their reputation as they do not want the rock the boat when it comes to the loyalty of Chinese customers. They also have minimal chances of winning the case against a Chinese manufacturer in China.

In view of the precedent it will set, the global automotive industry will definitely be keeping a close watch on how Jaguar Land Rover fares in its dispute with Jiangling.