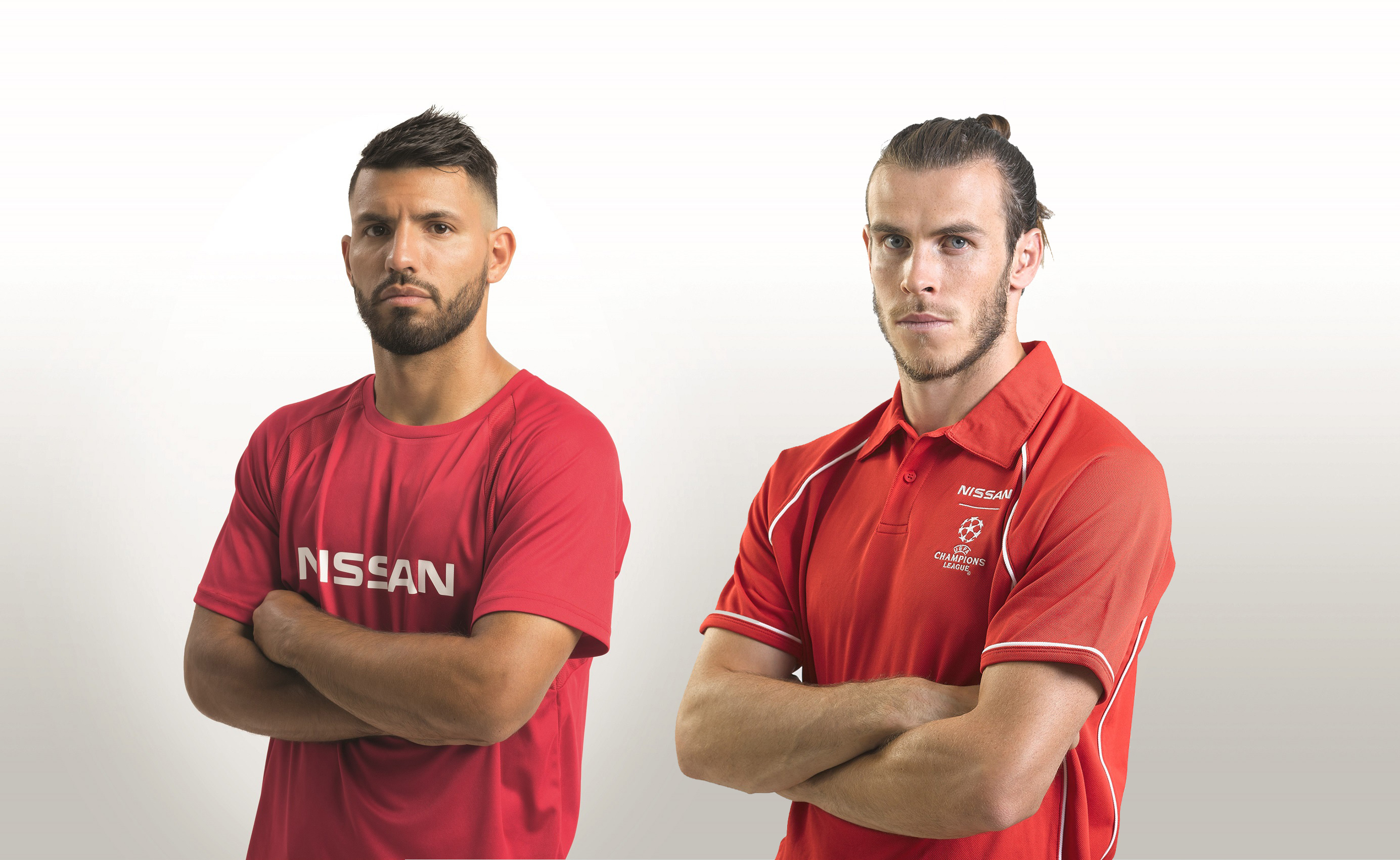 In their new role as Nissan’s new global ambassadors, Bale and Agüero will help Nissan to draw more football fans to develop an interest in the UEFA Champions League action. They will begin on an interesting note by playing the lead role in an exclusive promotional film made by Nissan which will showcase their football skills as they face off against each other. The video displays their shooting technique and innovative skills as they pass the ball back and forth. The film has already been uploaded on Nissan’s YouTube channel, https://youtu.be/5J1gfSg2kvk

Speaking about becoming Nissan’s new global ambassador, Gareth Bale said that he was thrilled to be working with the Japanese car manufacturer to promote the UEFA Champions League. As a player with Real Madrid C.F., the competition is very special to him as he has been a part of the winning team twice and he considers it to be one of the most exciting competitions in the world. He expressed his eagerness to share the excitement of the tournament with fans across the world.

Sergio Agüero said, he too was very excited to work with Nissan in its role as the official sponsor of the UEFA Champions League, which he considers to be an exciting tournament which features some of the best players, teams and managers in football. He feels that the immense sense of drama associated with the game both on and off the pitch makes it a wonderful tournament to participate in as a player, and to watch as a fan. He feels, that Manchester City F.C., the team in which he is a player has learned a lot from its stint in the UEFA Champions League campaign last season and hopes to improve on his performance this year as he and his teammates plan to make it as far as possible in the competition. He said that their goal is to reach the final, with the club investing a lot in getting new players and new managers.

Gareth Bale, meanwhile said that he and his team are looking forward to making history as the first team to win back-to-back titles, saying that they will do everything they can to win the trophy again this year.

Jean-Pierre Diernaz, Vice President for Marketing, Nissan Europe commented: “We are absolutely delighted to welcome Bale and Agüero to the Nissan family, as our new ambassadors and Engineers of Excitement. As part of the UEFA Champions League partnership, we wanted to work with ambassadors that demonstrate and share our same principles of innovation and excitement. Why them? Because like Nissan they are challenging convention, are true innovators of the game and every time that step on that pitch they deliver excitement to fans.”