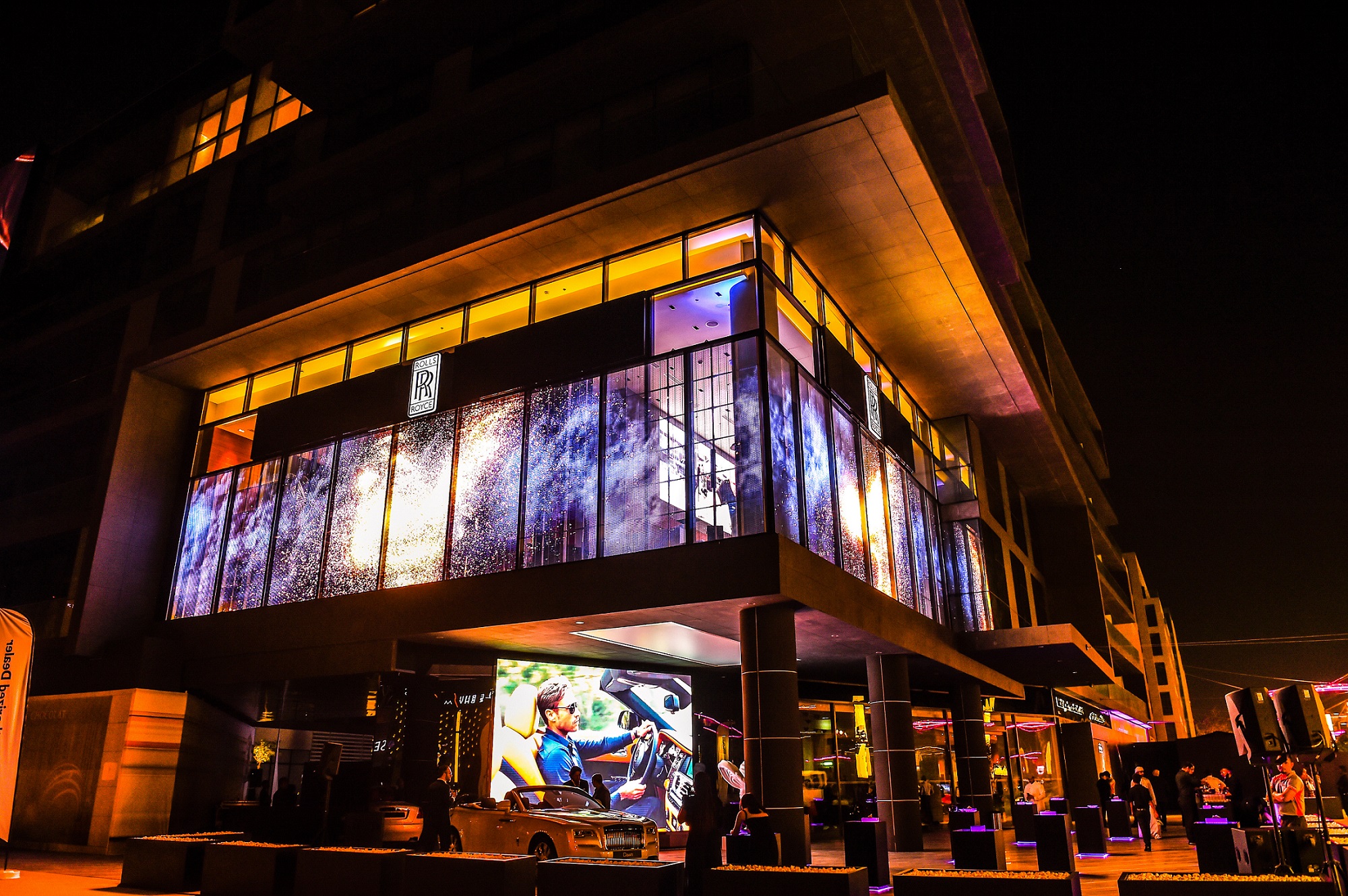 AGMC Opens First Rolls-Royce Boutique in the World in Dubai

Rolls-Royce Motor Cars AGMC, the exclusive dealer for Rolls-Royce in Dubai, Sharjah and the Northern Emirates recently opened the first ever Rolls-Royce boutique in the world in Dubai at the company’s premises in City Walk. Launched as an experiential showroom concept, the opening was attended by eminent dignitaries like Torsten Müller-Ötvös, CEO, Rolls-Royce Motor Cars, Stathis I. Stathis, Managing Director of AGMC and Mamdouh Khairallah, General Manager of Rolls-Royce Motor Cars AGMC along with other VIPS including Rolls-Royce owners, and local celebrities like Emirati musician Fayez Al-Saeed, actress Mayssa Maghrebi, and Italian jewellery designer Roberto Coin, who used the occasion to display some of his latest hand-crafted pieces.

Guests who attended the event were taken on a tour of the Boutique’s experiential areas like Bespoke Atelier, the Inspiration Studio, Interactive Spirit of Ecstasy and Pinnacle Café. All these different areas featured one particular aspect of artisanal craftsmanship and showcased features like rare leathers, paints, woods, meticulous stitching and rare and antique Rolexes from Momentum, fine furniture from Four Seasons Ramesh Gallery. The event also had plenty of entertainment for high rollers including a a Jazz band, an Opera singer and a Saxophonist. A small ceremony was also held to present the key to the first Rolls-Royce Black Badge motor car in Dubai to its new owner, Aslan Atakshiyev.

AGMC invest a tremendous amount in the new facility which spans 7,300 sq. feet and has features like top-to-bottom vectorized pixel-animation screens on the external windows, which can be seen by passers-by from the road and sidewalk. The Rolls-Royce Boutique is set to become famous as a plcae to see and to be seen at. It is open from 10am to 10pm seven days a week.