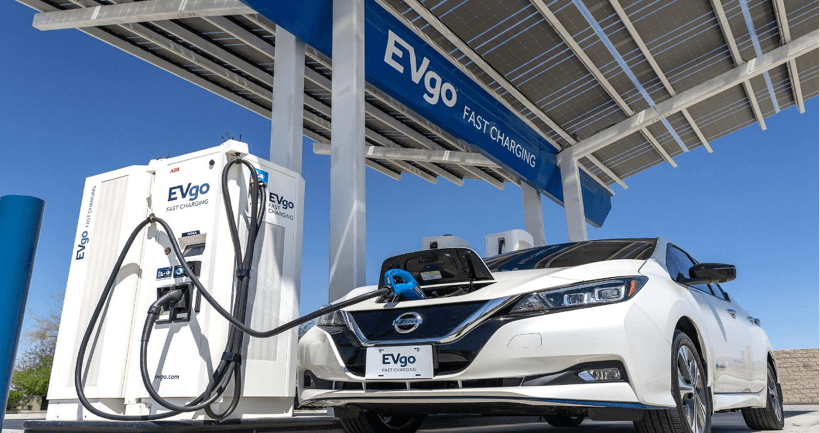 Nissan and EVgo have announced that they would be collaborating on a project to install another 200 DC fast chargers across the United States to facilitate more widespread adoption of electric cars in the country. This would help the Japanese car manufacturer to cater to the growing number of consumers who are buying electric vehicles in the United States, and the models they buy include the new Nissan Leaf e+ that was launched earlier this year.

The stations would be 100 kilowatt DC fast-charging stations which will be equipped with both CHAdeMO and CCS connectors, so that more EV drivers can use them. Nissan had earlier advocated the use of only CHAdeMO chargers but inclusion of both these charger connectors will make the new charging stations more accessible.

The two companies have been partners for the past six years and the partnership covered collaborating on the construction of a corridor of EV chargers along Interstate 95 on the East Coast, as well as between Monterey in California and Lake Tahoe.

According to Nissan, the company has installed over 2,000 quick-charge connectors across the United States since 2010. The Nissan Leaf e+ that was launched earlier in 2019 has a range of 226 miles and fast-charging capability. Thanks to the use of a 62 kilowatt-hour battery pack, the new Leaf, Nissan’s all-electric hatchback offers 40 percent more range than other versions. Its range is a bit less than that of the Chevrolet Bolt EV, which delivers 238 miles range, the Kia Niro EV which has a range of 239 miles and the much more expensive Tesla Model 3 which has a standard range of 240 miles.

“Given the tremendous driver response to the 2019 long-range all-electric LEAF, Nissan and EVgo will accelerate fast charging by committing to a multi-year charger construction program that will continue to expand fast-charging options for EV drivers across the country,” Aditya Jairaj, director, EV Sales and Marketing, Nissan North America said in a statement.

The two companies will also team up for a special marketing campaign that will educate consumers on the benefits of EVs, and thus in the long run persuade them to buy more units of the Nissan Leaf Plus.