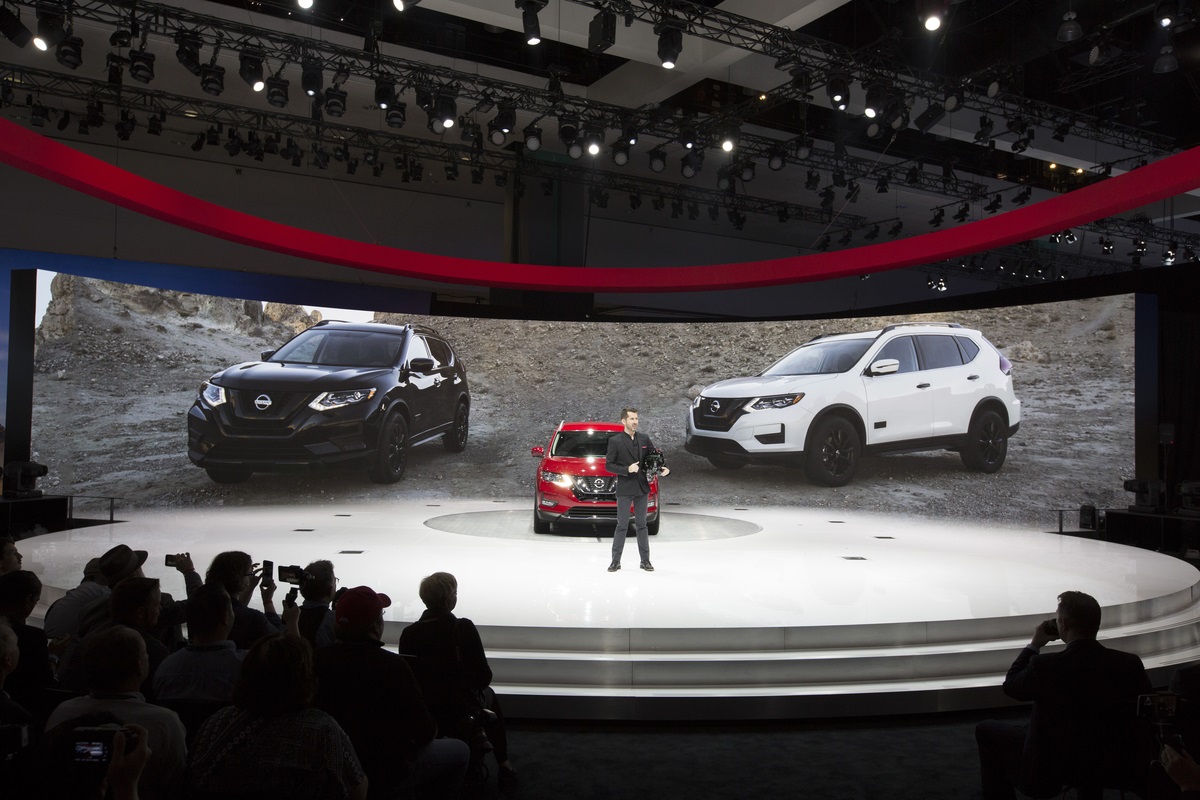 Nissan used the LA Auto Show as the platform to debut its Rogue One Star Wars Limited Edition. The debut was held in a dramatic fashion with a special interactive presentation of the Intelligent Safety Shield technologies that are now available in the new edition of the 2017 Rogue (which goes by the name X-Trail in the Middle East region) against a high-action video. Following the video, a pair of the Rogue One Star Wars Limited Edition vehicles were driven onto the booth with a posse of Stormtroopers who were all ready for battle.

The Nissan Rogue: Rogue One Star Wars Limited Edition is the first ever production vehicle that incorporates branded elements from the popular Star Wars movies. These elements include exclusive interiors, a unique badge, exterior trim items and a full-size Death Trooper collectible helmet. Only 5,400 units of the Limited Edition vehicle will be manufactured and will be made available in the US and Canadian markets. The Rogue One Star Wars Limited Edition package is available only for the 2017 Rogue SV that comes with the Sun and Sound Touring Package.

According to Jeremy Tucker, vice president, Marketing Communications & Media, Nissan North America, Inc. both the Nissan Rogue and the first Star Wars standalone movie share a penchant for pushing the boundaries of technology. Just like the Star Wars franchise is known for exploring the latest trends in special effects for the past 40 years, Nissan has focused on coming up industry-leading cars, trucks and SUVs like the new Rogue. Thus, the partnership between the Nissan Rogue and the Star Wars franchise is a natural fit.

For visitors to the LA Auto Show, Nissan also created an immersive “Rogue One: A Star Wars Story”-inspired experience comprising activities including a full-scale Tie Fighter replica, a Star Wars character-themed digital mirror experience, an Augmented Reality generator and weekend appearances by stormtroopers. Another interesting feature of the booth was a special gallery featuring numerous model props and costumes used during the production of the upcoming “Rogue One: A Star Wars Story” movie, including Y-Wing, AT-ACT and X-Wing fighters.