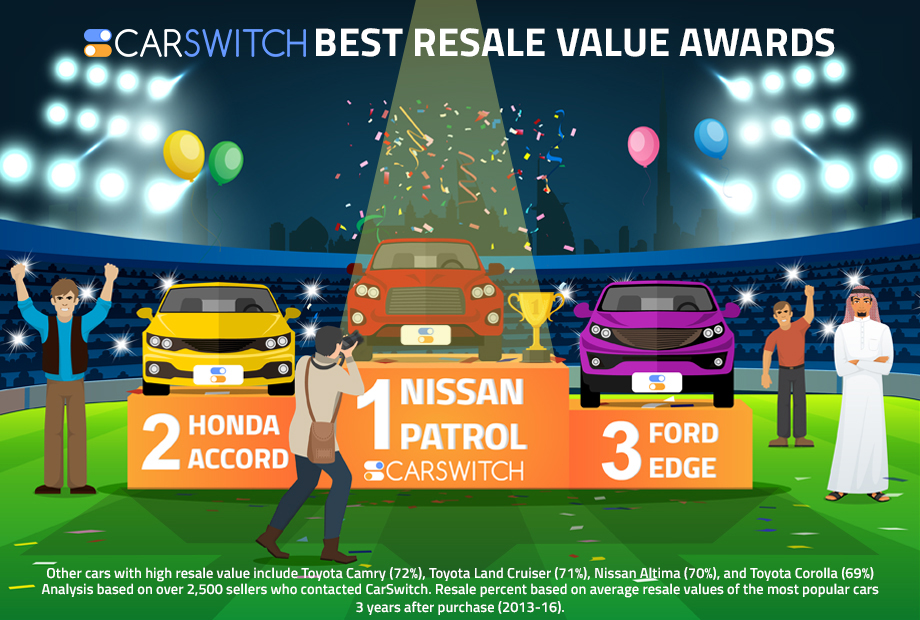 http://www.CarSwitch.com is the a portal that was set up this year and is the first certified used car online platform in the UAE which deals with the online sale and purchase of used cars. Based on the numbers seen on the site, CarSwitch has declared that the Nissan Patrol is the model that has the maximum resale value after an average period of three years.

When the resale values are analyzed, the Nissan Patrol emerged with a solid first place ranking and this attested to the model’s high popularity in the SUV segment. A Nissan Patrol which would have cost AED 230,000 in 2013 would today, after a period of three years, still fetch a price of approximately AED 170,000, thus retaining value to the tune of 75 per cent. It is followed closely in its ranking by the Ford Edge and the Toyota Land Cruiser.

When it comes to the sedan segment, the first three spots were attained by the Honda Accord, Toyota Camry and Nissan Altima. The only American model to make it to the list of top 10 spots was the Ford Edge, while German brands did not figure in the list at all.

CarSwitch has within a short period used its innovative technology platform to completely transform the process of buying or selling used cars. Buyers and sellers can use the platform to get better prices through direct seller-to- buyer deals and benefit from complete transparency and peace of mind through a proprietary 200-point inspection and guaranteed warranty for every car. While buyers end up paying less, sellers get more and the whole process is hassle free.