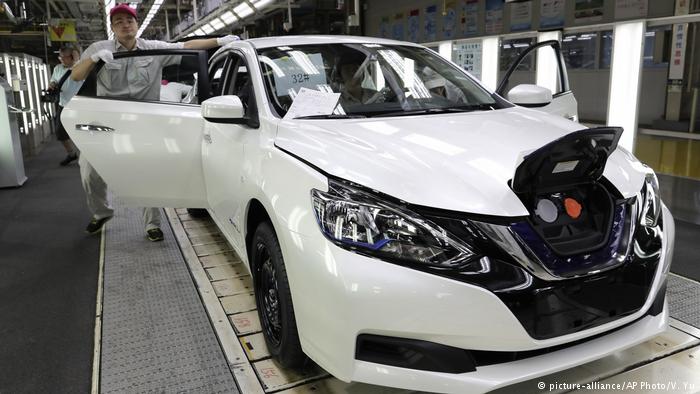 Nissan started production of the car on August 27 through a company that is a joint venture with the Dongfeng Motor Group, Dongfeng Nissan Passenger Vehicle. The two partners have a longstanding history and recently announced that they have made 10 million cars in China after they began their collaboration.

The Nissan Slyphy zero emissions car borrows elements from the company’s best selling electric model, the Nissan Leaf and its most popular sedan in China called the Sylphy. Nissan is positioning the vehicle as one that would be at the forefront of a new era of electrification in China, which is the largest automotive market in the world.

In an interview to Autocar Processional, Nissan CEO Hiroto Saikawa said that in the coming years, China is expected to lead the world in the adoption and spread of EVs. He went on to express his confidence that the Sylphy Zero Emission vehicle will become a key player in the EV market in China.

According to reports from news agency AP, the Sylphy would have a price tag of 166,000 yuan (USD 25,850) after government subsidies, which is about half the cost of the Nissan Leaf.

Automakers like GM, Tesla, Audi and Nissan itself had so far been selling their imported models in China, but their high sticker was a major drawback. Volkswagen and General Motors have already announced plans to make their very own electric models for the Chinese market.