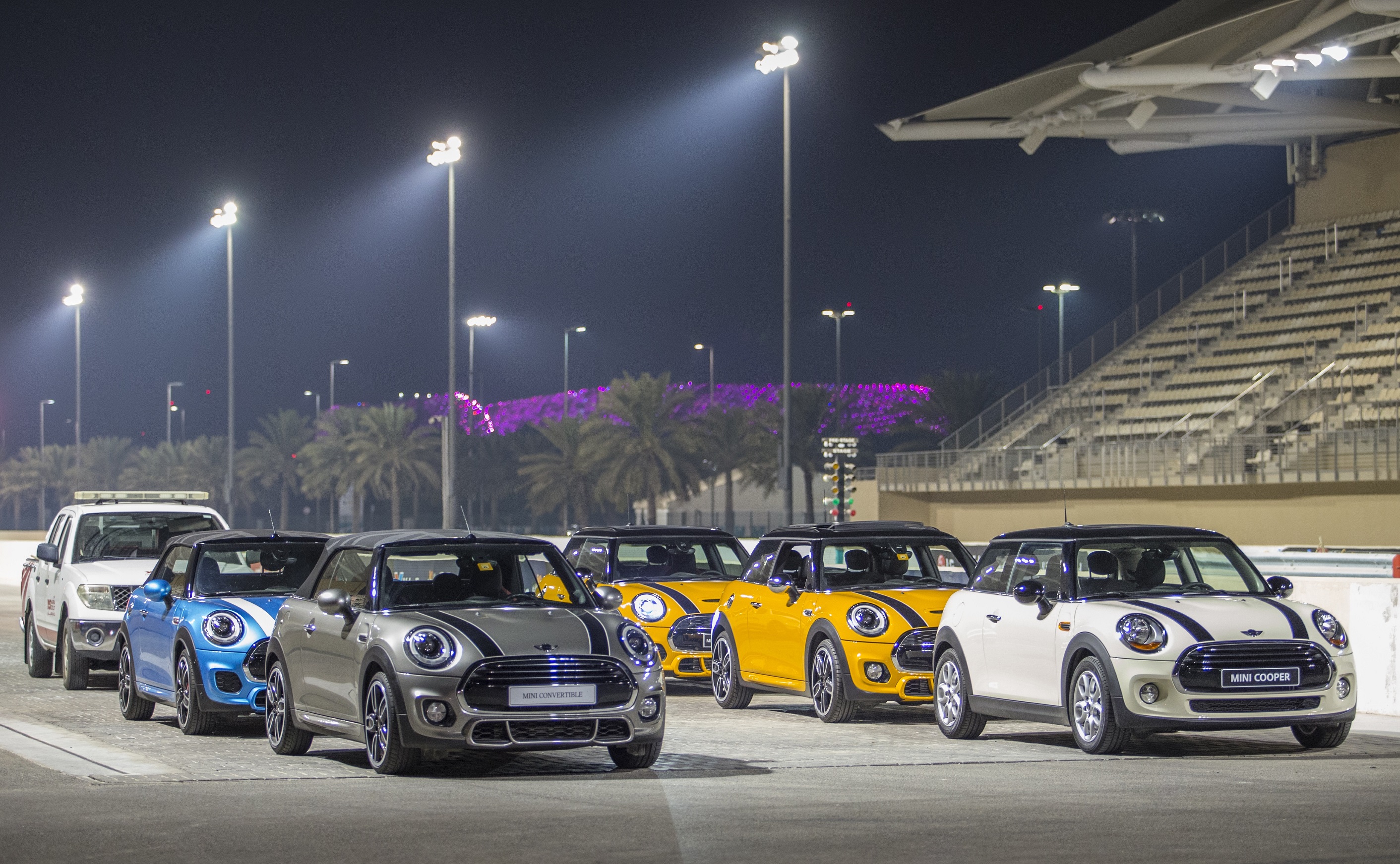 MINI transformed the Yas Marina circuit to mark the arrival of the MINI John Cooper Works Convertible in the UAE capital. MINI customers and members of the media attended the gala event hosted by Abu Dhabi Motors, the exclusive distributor for MINI in Abu Dhabi and Al Ain. The event was all about MINI, showcasing the new MINI Clubman, MINI 5 Door Hatch, MINI 3 Door Hatch, MINI Countryman and highly anticipated MINI John Cooper Works Convertible on the dynamic racing track, easily tackling a course that has proved to be difficult even for experienced motorsport professionals. Participants also had access to the drag strip in a practice-testing format, so that they could try out the latest MINI models in a safe and controlled environment.

The new MINI Convertible John Cooper Works is positioned as MINI’s sportiest model in the Convertible small car segment. It is notable for its distinctive drive and suspension technology. MINI used its expertise in motor racing to come up with a body that has been designed to optimize the cooling air intake and aerodynamics, thus allowing it to accelerate easily. It has the most powerful engine in the MINI range with four cylinders and a capacity of 2.0 liters, which has an output of 231hp and a maximum torque of 320 Newton meters, allowing the model to go from 0 to 100 km/h in 6.6 seconds.

Another model that was in the spotlight on the track was the all-new MINI Clubman, MINI’s flagship model that made its debut in the Middle East debut at the 2016 edition of the Dubai International Motor Show. The MINI Clubman has a wide range of innovative driver assistance systems and offers customers plenty of leeway when it comes to customizing the interiors and the exteriors. It has a longer, wider body with the length increasing by over 32cm and the width by 12 cm.

Husselman concluded by saying that over the years, MINI models have become more efficient in performance and more stylish when it comes to design. He said that organizing interactive events like the one at the Yas Marina circuit to showcase the new MINI models allows MINI fans to experience the power and precision of the vehicle while having a taste of the fun MINI lifestyle.