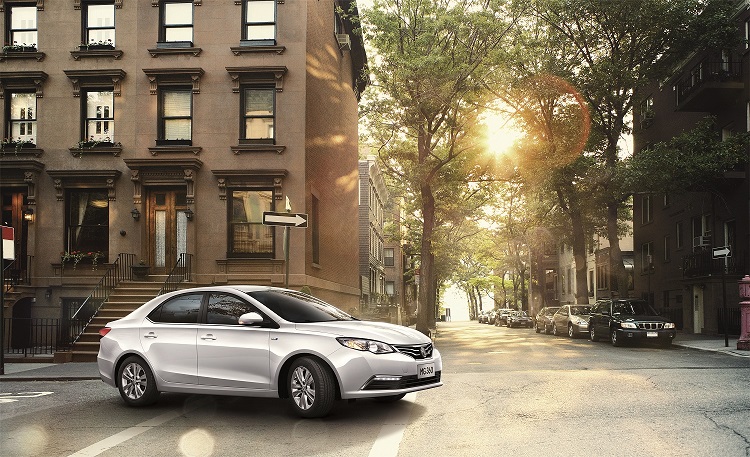 MG Launches All New MG 360 in the Middle East

The renowned British automotive brand, MG, which is now owned by SAIC, has launched the new MG 360 in the Middle East. The brand chose to first launch the model in the Middle East as it is a key market. The model is notable for its striking design, intelligent features and the space and flexibility of the seating options in the interior.

The MG 360 exemplifies MG’s ambitious and exciting new approach, offering motorists here the option of driving a stylish, well-equipped, modern sedan which is available at a highly competitive price.

The MG 360 sports the brand’s new ‘silk modelling’ design language, with a very distinctive look for the exterior, which is exemplified by the sleek side lines and the ribbed bonnet. The sleek crystal LED DRL lamps at the front and rear, side indicators which are integrated into the door mirrors and the sporty 16” alloy wheels add to the stylish look.

The spacious interiors are just as impressive and can rightly compete with the Toyota Yaris, the Kia Rio and the Nissan Sunny, when it comes to space, thanks to its 2660mm wheelbase, which is significantly longer than other models in this category. There is plenty of room for cargo, with 482 liters of boot space, 40/60 foldable rear seats and up to 23 different storage spaces.

On the technology front, the MG 360 offers an Intelligent Telematics System, a InkaLink Vehicle System which is compatible with Android Mobiles, an 8 inch touchscreen and Bluetooth hands-free telephone. With regard to safety and convenience features, the model offers electric power steering, ABS, ESP, rear camera, a digital speedometer, cruise control, EBD, EBA, overspeed warning, parking sensors and a tire pressure monitoring system are all available, and cruise control, making the model highly safe and dependable.

The body of the car is quite strong and confirms to the highest standards in the automotive industry, as it has been built with a USD (Ultimate Stiffness Design) reinforced body structure comprising 70% high strength steel. The model received an S Star Rating (C-NCAP) and has performed well reliability tests.

Speaking about the new model, Dr. Leo Qu Guojun, General Manager of MG Motor Middle East said that the new MG 360 is a highly significant car for MG and the Middle East is a key market for the brand. This is why the company chose to launch the model in this market. Based on the model’s combination of flexible space, advanced technological features and striking exterior design as well as its competitive price , he expressed his confidence that it would prove to be a hit among customers in the region and boost awareness of the outstanding quality of MG models.

MG (Morris Garages) was established in the UK in 1924, and was renowned for its cabriolet series, and MG cars were owned by many celebrities. The MG Car Club has over a million loyal fans, making it by one of the biggest clubs in the world for a single brand.