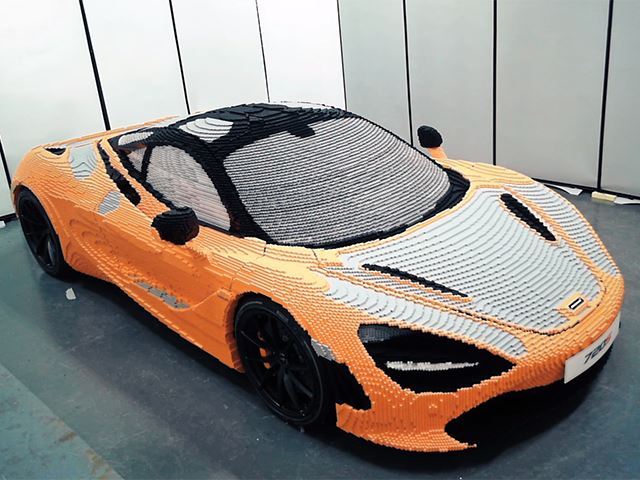 McLaren celebrated the launch of the McLaren 720S and its addition to the Super Series family with a life-sized replica. The replica of the car was showcased at the 2017 edition of the Goodwood Festival of Speed and was made almost entirely of Lego bricks. The model proved to be a star attraction at the festival and McLaren went on to release a time lapsed one minute video featuring the painstaking process of building of the car that is accurate down to the tiniest detail.

A real 720S takes 12 working days to build from scratch at the McLaren factory. McLaren supplied the  CAD data of the 720S to a Denmark based Lego’s Speed Champions team of six professional Lego builders. Computer programs were used extensively to ensure correct placement of the bricks. The team spent over 2,000-man hours or 250 non-stop working days to make the Lego 720S replica. In the process, they used as many as 267,300 individual bricks.

The model was built on a steel frame and even has real Pirelli P Zero tires. It is strong enough to withstand the weight of an adult leaning on the hood and roof of the car. It is even heavier than the real car which is made of aluminum and carbon fiber and weighs 1283 kilos. It weighs 130 kilos more than the real car with a kerb weight of 1, 451 kilos. No attempt was made to replicate the interiors or the engine, but externally, the car has the same dimensions, design and features.

At the Goodwood Festival of Speed, McLaren held a charity event as part of which visitors were invited to finish building the model with the remaining 13,000 bricks. The event raised over USD 3,000 for charity.