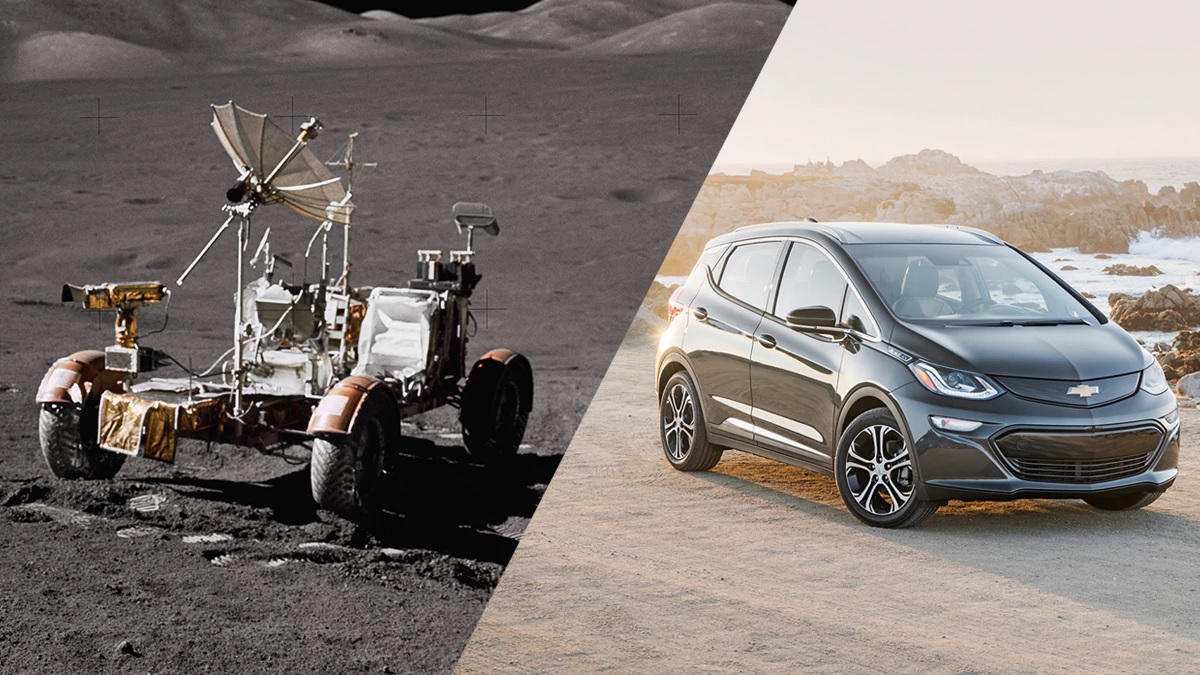 When the Apollo 15 astronauts explored the moon in July 1971 in the first electric-powered Lunar Rover, they used technical support from General Motors engineers. It is this very same expertise of GM’s engineers that is showcased in the 2017 Chevrolet Bolt EV. The Bolt has an EPA-estimated range of 238 miles on a single charge and costs only a tiny percentage of the the USD 38 million it cost to make the Lunar Rover. Nevertheless, it has made the use of electric engines for transportation a reality for those on Earth.

The Lunar Rover had explored the limits of technical ingenuity and creativity at the time. Experts from GM, working closely with those from other technology companies developed, designed and tested the Lunar Rover, with their main contributions being a revolutionary electric motor drive system, suspension, mesh wire wheels and a unique drive controller that was adapted for handling with lunar gloves.

Project chief engineer Ferenc Pavlics and his team came up with out of the box solutionsfor challenges that both the astronauts and future EV customers would face. Even 50 years after the project, Pavlics, who is retired now, still remembers that the development of such an electric vehicle called for plenty of innovation and commitment. He emphasizes that there were a lot of unknowns, including varied terrain, extreme temperatures and the effect of reduced gravity. He said, “We pushed the boundaries of automotive technology and worked hand in hand with the astronauts on the vehicle’s design.”

Pavlics detects a sense of continuity between his work then and Chevrolet’s contemporary electric vehicles. The award-winning Chevrolet EVs are meant to explore new roads on Earth, but the team displayed the same commitment to engineering cars that the team working on the Rover did.