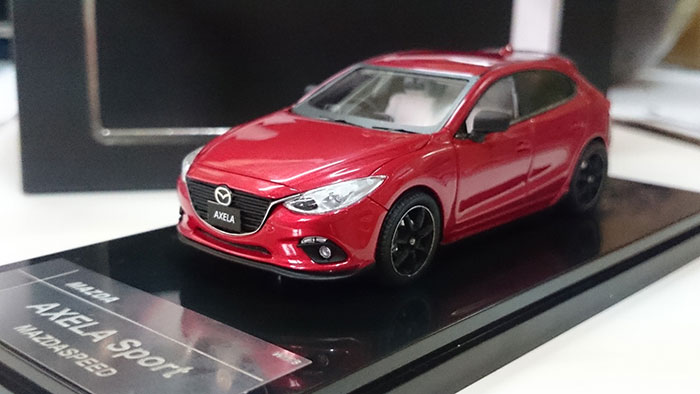 Known as the Mazda Axela in Japan, the Mazda 3 is the second Mazda model to reach this milestone, after the Mazda Familia. In fact, the Mazda 3 has achieved another record by crossing the five million mark in just twelve years and ten months from the commencement of its production in June 2003.

The Mazda 3 is one of the mainstays of Mazda’s product range, and accounts for as much as one third of the company’s annual sales volume. It is produced at the Mazda plant in Hofu, Japan, in addition to the Changan Mazda Automobile Co., Ltd., in China, Auto Alliance (Thailand) and Mazda de Mexico Vehicle Operation in Mexico. It is also assembled from CKD kits in Malaysia and Vietnam.

From the first generation of the Mazda 3, Mazda has invested a considerable amount of time, and money in constantly refining the model to meet and exceed customer expectations, resulting in excellent feedback regarding its stylish design and enjoyable driving performance.

Currently, the Mazda 3 is in its third generation, after undergoing a comprehensive redesign in 2013 by incorporating Mazda’s SKYACTIV TECHNOLOGY and KODO-Soul of Motion design to join other models in Mazda’s new-generation lineup. The model has won numerous awards including Canadian Car of the Year’s Best New Small Car in 2013 and the international Red Dot Design Award in 2014. It was also a Top 3 Finalist for World Car of the Year and World Design Car of the Year in 2014.

Mazda has said that the company will continue to focus on developing products which offer customers an excellent combination of driving pleasure in addition to outstanding environmental and safety performance.