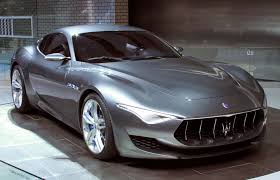 Mike Manley, who took over as the CEO of Maserati after the sad demise of Sergio Marchionne has announced that Maserati is going to revamp its marketing strategy. This is being done to counter the slump in sales that the brand experienced last year, with global sales dropping by 28 percent in 2018. Manley has brought back Harald Wester, who oversaw a rise in Maserati’s fortunes from 2008 to 2016. Waster has been asked to put a new management team in place so that Maserati could regain its past glory and rise to even greater heights.

Manley admitted that it had been a mistake to put Maserati and Alfa Romeo together as it reduced the focus on Maserati as a brand. He went on to state that he expected Harald and his new team to start making significant progress from the second half of 2019.

FCA has decided that it would now be positioning Maserati as a “luxury brand” rather than as a premium brand like the Alfa Romeo by focusing more on models like the Maserati Levante crossover rather than the Quattroporte and the Ghibli. Maserati will also be making “specialty models” to fill in product gaps by rampjng up its investment in the Giorgio vehicle architecture for future models.

The Giorgio platform is already used as the basic platform for a number of models which include the Stelvio and the Alfa Romeo Giulia. Maerati is likely to use this platform for the mid-size crossover it had announced last year. That model is likely to be slotted in below the Levante and might have a plug-in hybrid variant. It is also expected to have a 50/50 weight distribution and a best-in-class power-to-weight ratio.

Maserati also confirmed plans for an all-new Levante and Quattroporte. Both of these models will be based on a modular platform, have a 50/50 weight distribution and have plug-in hybrid as well as battery electric powertrains.