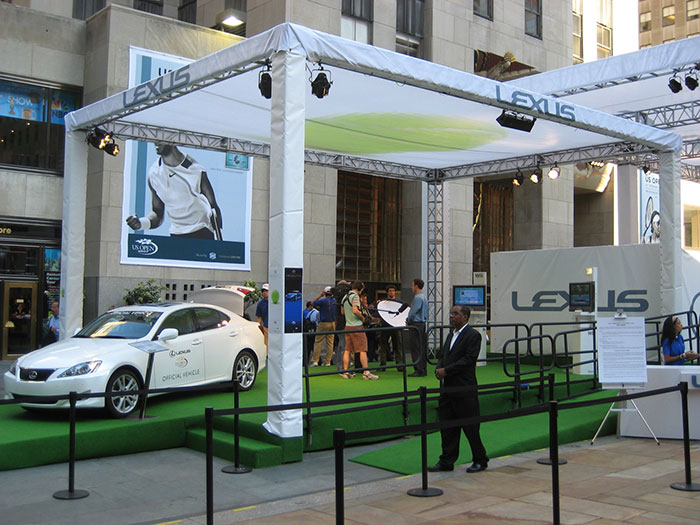 Lexus took centerstage as the official vehicle during the 2016 U.S. Open Championship which were held from June 18–21 at Chambers Bay Golf Course in University Place, Washington. This was the tenth year in which Lexus collaborated with the United States Golf Association (USGA) to create exciting golfing for golfing fans across the United States. The Championship gave Lexus an opportunity to connect with golf fans in the United States and with spectators being allowed to use smartphones to communicate through social media, text and email from designated areas, there was definitely more buzz associated with the event, both on and offline. Lexus encouraged fans to use #LexusGolf hashtag on their social channels in all conversations regarding the US Open.

Commenting on the partnership, Brian Smith, Lexus vice president of marketing said that a prestigious sporting event like the U.S. Open is an ideal partnership for Lexusas the brand’s broad range of premium and high-quality vehicles complement the game and the Championship. Lexus worked closely with the USGA to create a thrilling atmosphere at the event by offering fans new and interesting interactive programs to allow spectators to enjoy the games both both on and off the course.

On-site in the Lexus Performance Drive Pavilion, Lexus displayed the all-new 2016 RX luxury utility vehicle. Interactive activities for fans included a golf simulator that allowed contestants to take a virtual swing on the Championship course’s famous 10th hole, with the prize on offer being a $1,000 gift card. Other activations included include photo opportunities with the U.S. Open Championship Trophy and “Chalk Talks” with Lexus golfers on their favorite memories about the U.S. Open memories and strategies to tackle the Chambers Bay golf course. Lexus golf professionals including Jason Day, Billy Horschel, Annika Sörenstam, Peter Jacobsen, Natalie Gulbis and Johnny Miller were on hand for autograph sessions as well.

As part of the sponsorship, Lexus provided 300 courtesy vehicles for players, USGA staff and associates throughout the Championship.