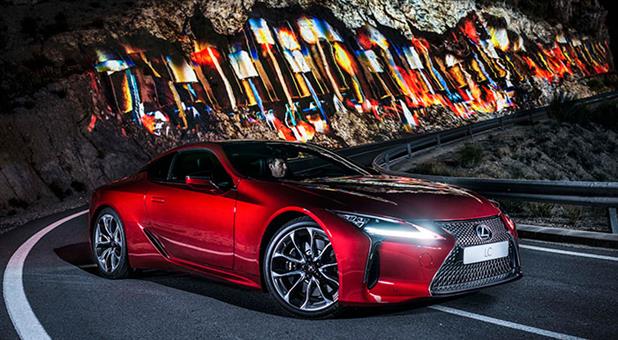 The 2017 edition of the renowned Lexus Design Award is now open for entries. On behalf of Lexus, the exclusive dealer for Lexus in the UAE, Al-Futtaim Motors, has invited all UAE-based artists and designers to take part in the international contest.

This year round, the theme is based on the “Yet Philosophy” of Lexus, an approach that delights in taking contrasting ideas and using them as the basis for a breakthrough solution to complex issues.

Speaking about ‘Yet’, Lexus International Executive Vice-President Yoshihiro Sawa said that it is this approach that helps Lexus to combine seemingly incompatible elements like exhilarating driving dynamics and superior ride comfort to achieve outstanding results. The ‘Yet’ approach means there is no room for compromise as different elements are combined to create synergy that can open up amazing new possibilities. ‘Yet’ is seen as a catalyst that triggers breakthroughs, and unleashes an explosion of creative potential, thus driving Lexus to explore new visionary frontiers of design and technology that will play a role in shaping tomorrow’s mobility.

The Lexus Design Award 2017 will serve as a platform for the twelve finalists and their works to be exposed to the design community and the rest of the world at Milan Design Week 2017. Of the selected finalists, four will produce prototype their designs under expert guidance from globally recognized designers. The maximum production budget per prototype is JPY 3 million, which is equivalent to AED 107,000. The finalists will get a chance to present their designs in the Lexus Milan Design Week experiential space. From the four finalists who make prototypes, the judges will choose the Grand Prix winner who might possibly get an opportunity to bring his prototype to production.

Lexus first launched the Design Award in 2013 to stimulate ideas for a better tomorrow, and is celebrating the 5th anniversary of this international design competition that is meant to supporting up-and-coming designers and creators across the globe.

In the 2015 edition of the contest, the UAE-based designer duo Emanuela Corti and Ivan Parati won the Grand Prix title for their ‘Sensewear’ collection, a collection of clothes and accessories that emphasize the use of senses, which was very much in tune with the theme of the competition last year. The duo later on got to showcase their design skills at other design events in Tokyo and Moscow.

Based on their success last year, this year’s edition of the contest has drawn strong interest from the UAE art community in 2016, with 11 entries being shortlisted and proving the growing popularity of the competition in the UAE.

“The constant increase in the number of participants from the UAE is testament to the amazing talent existing in this country especially in the art and design scene,” said Chris Buxton, Acting Managing Director of Lexus at Al-Futtaim Motors. “After winning the Grand Prix in 2015, we committed ourselves to continue promoting the competition to show the world the potential we have in the UAE. We wish to see this year an even greater response from UAE-based artists who will hopefully qualify and take their work to the international stage at Milan Design Week 2017.”

UAE based designers are eligible to submit entries to the Lexus Design Award 2017 competition till October 2016 and the twelve finalists will be announced in early 2017.