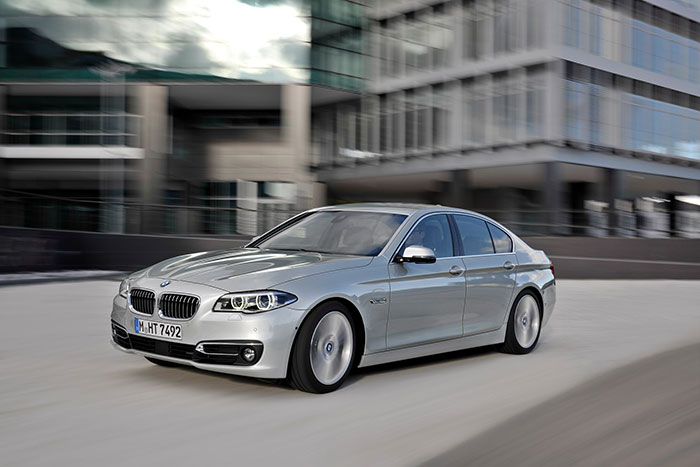 The BMW 5 series has proved that it is the most successful premium business car ever by crossing the two million sales mark. Ever since it was launched six years ago, the current generation of the BMW 5 series model has been a bestseller and has emerged as the frontrunner in many polls conducted among both readers and experts by different publications.

It is the top vehicle in its segment on the basis of the fact of its outstanding efficiency, design and driving dynamics and efficiency. From the time production was launched in 1972, over 7.5 million deliveries of the sixth-generation BMW 5 Series have been made and the model has played a crucial role in BMW’s success story. In 2015 alone, more than 347,000 customers across the world bought a BMW 5 Series Sedan, a BMW 5 Series Touring or a BMW 5 Series Gran Turismo.

One reason for the popularity of the series is the wide range of options when it comes to engines. Customers can select between highly efficient and powerful diesel and petrol engines with four, six and eight cylinders ranging from the highly efficient BMW 518d (combined fuel consumption: 4.7- 4.3 l/100 km; combined CO2 emissions: 124–114 g/km)* to the extremely performance oriented M5 Sedan having an output of 412 kW/560 hp or 423 kW/575 hp with Competition Package, (combined fuel consumption: 9.9 l/100 km; combined CO2 emissions: 231 g/km). Other options include a rear-wheel drive and a BMW xDrive intelligent four-wheel drive. When it comes to connectivity, again the model sets new standards with a wide range of BMW ConnectedDrive features and services like Intelligent Emergency Call with Accident Severity Recognition.

The success and popularity of the BMW 5 series model has been underscored by the numerous awards and accolades it has earned over the past six years. These include topping a reader’s poll for “BEST CARS 2016” conducted by “auto motor und sport” in the “Upper Midrange” category for the sixth consecutive year. The BMW 5 Series won another readers’ poll “Auto Trophy” conducted by the “Auto Zeitung” magazine. Design awards the model has won include renowned prizes like the “red dot award”, the “iF Gold Award”, the “Good Design Award” and the Design Prize of the Federal Republic of Germany. Based on feedback from customers, a J..D. Power and Associates “Initial Quality Study” confirmed the high ranking of the BMW 5 Series among customers backed by its reliability, premium value, and outstanding ergonomics offered by the BMW 5 Series were honoured in the “Initial Quality Study”. Moreover, the BMW 5 Series also came first in the “APEAL” study, in which customers assess the performance and design of their new car.