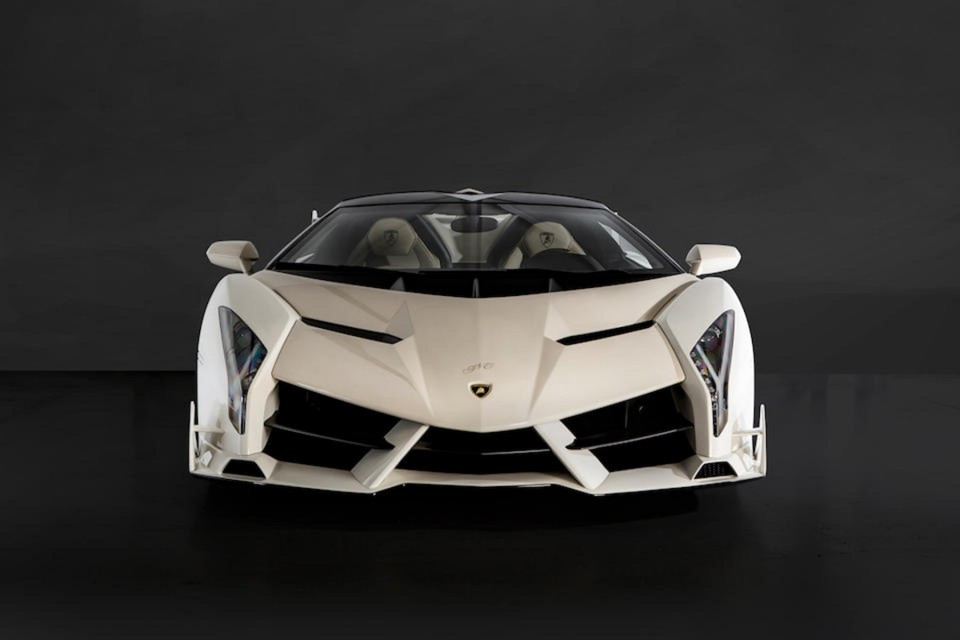 A very rare Lamborghini Veneno fetched a record price of CHF8.2 million (US$8.27 million) in a short span of seven minutes at a Bonhams auction that was held in Geneva. The price set a new world record price in terms of the price tag for a Lamborghini, after a fierce bidding war. This broke the previous record of 2.34 million euros (about USD 2.55 million) that a 1972 Lamborghini Miura SV had fetched at an auction in Paris in February 2017.

The Lamborghini Veneno was the only roadster of the nine “ultimate” Lamborghinis that were produced in 2014 to mark the golden or 50th anniversary of the Lamborghini brand. It is finished in off-white with a beige interior and has been only driven for only 325 kilometers (about 202 miles).

The bidding started off with a bid of CHF3 million and drew six enthusiastic collectors. The estimated price before the auction was a low one of CHF 5.2 million.

The Veneno is one of the 25 supercars which form The Supercar Collection. The collection was offered for sale without reserve by the State of Geneva. According to reports, the collection was part of the items which were confiscated from Teodorin Nguema Obiang, vice president of Equatorial Guinea, who was indicted on corruption, and other charges.

In 2017, he received a three-year suspended jail term for corruption from a French court. In February this year, Swiss prosecutors dropped the charges of financial wrongdoing against him but confiscated his luxury cars.

Obiang is the potential successor to his father Teodoro Obiang Nguema Mbasogo, who has ruled Equatorial Guinea for the past 40 years.

Another car which was part of the collection and fetched a high price was a 2014 Koenigsegg One:1 which was one of just six produced by the company and realized CHF4.6 million.

All the 25 supercars belonging to the collection were sold and fetched a total price of CHF23.4 million. The proceeds from the auction will be used to finance social projects in Equatorial Guinea.