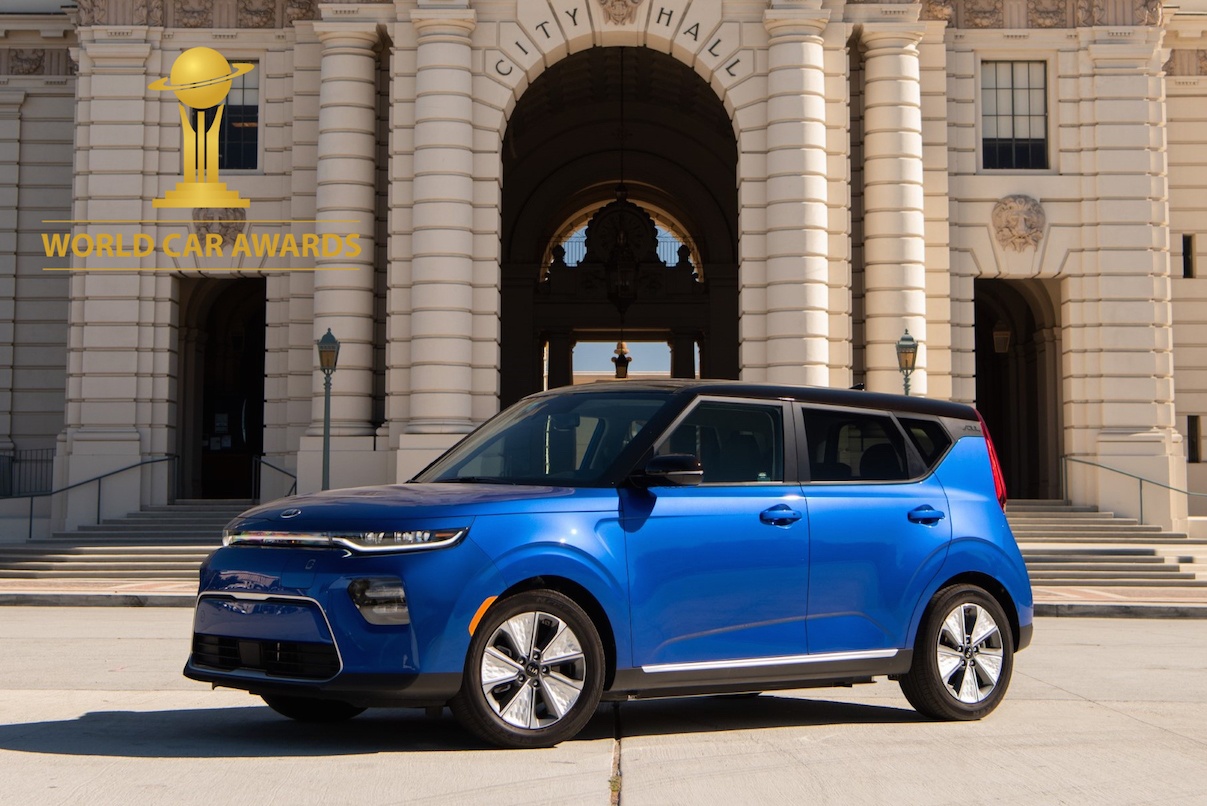 Kia Motors Corporation has announced that it won two awards at the 2020 World Car Awards. The company’s Telluride SUV won the accolade of ‘World Car of the Year’ while the Soul EV emerged as the ‘World Urban Car’.

The members of the jury lauded the Kia Telluride for its distinctive design and impressive practicality. The World Car of the Year title added to the growing list of awards for the Telluride which has already won over 70 awards since it was launched in 2019. The SUV has already bagged the North American Utility Vehicle of the Year and MotorTrend SUV of the Year awards, in addition to other awards.

The fully electric Soul EV was recognized as the best vehicle for urban driving by the jury. The Soul offers the benefits of striking design, a spacious but compact body, zero-emission performance, impressive electric range, and high levels of practicality. Other awards that the sub-compact crossover SUV model has won include the 2019 Women’s World Car of the Year awards which was held in conjunction with the Dubai International Motor Show (DIMS) and the 2019 ‘Green Car Award’.

Commenting on the awards, Thomas Schemera, Executive Vice President and Head of Product Division at Kia Motors Corporation said that everyone at Kia was truly honored to receive not just one, but two awards from the World Car of the Year judging panel as it is one of the most hotly contested awards in the global automotive industry. He said that the awards proved that both the Telluride and Soul EV are truly outstanding vehicles and attest to talents and efforts of a global team, who all strove to create desirable, high-quality and practical cars that drivers love.

The winners of the World Car Awards are chosen an independent international jury which consists of 86 renowned automotive journalists drawn from 24 countries around the world.

Yaser Shabsogh, Chief Operating Officer, Regional HQs, Middle East & Africa at Kia Motors Corporation said that it was a truly remarkable achievement for Kia to be recognized with two World Car Awards this year. He added that this latest success signified that the Kia brand is excelling and innovating in a rapidly changing automotive industry to produce models that have enduring appeal for the motorist of the current era.

The Kia Telluride is available across North America and in many of Kia’s global markets. It combines a strong exterior design with a practical, spacious and high-quality cabin that is spacious enough to accommodate eight passengers. It comes with a wide range of advanced technologies, all-wheel drive, and driver-assistance systems, and serves as the ideal vehicle for family trips both on and offroad.

The compact Kia Soul EV runs on a powerful battery-electric powertrain that is available with either 64 or 39.2 kWh battery packs. It can go as far as 452 kilometers on a single charge (64 kWh models; WLTP ‘combined’ cycle), offering Soul EV offers drivers greater all-electric range than many electric models which cost more, making it suitable for both urban and highway driving. A series of advanced range-increasing technologies including regenerative braking ensure drivers can maximize the distance travelled on a single charge.