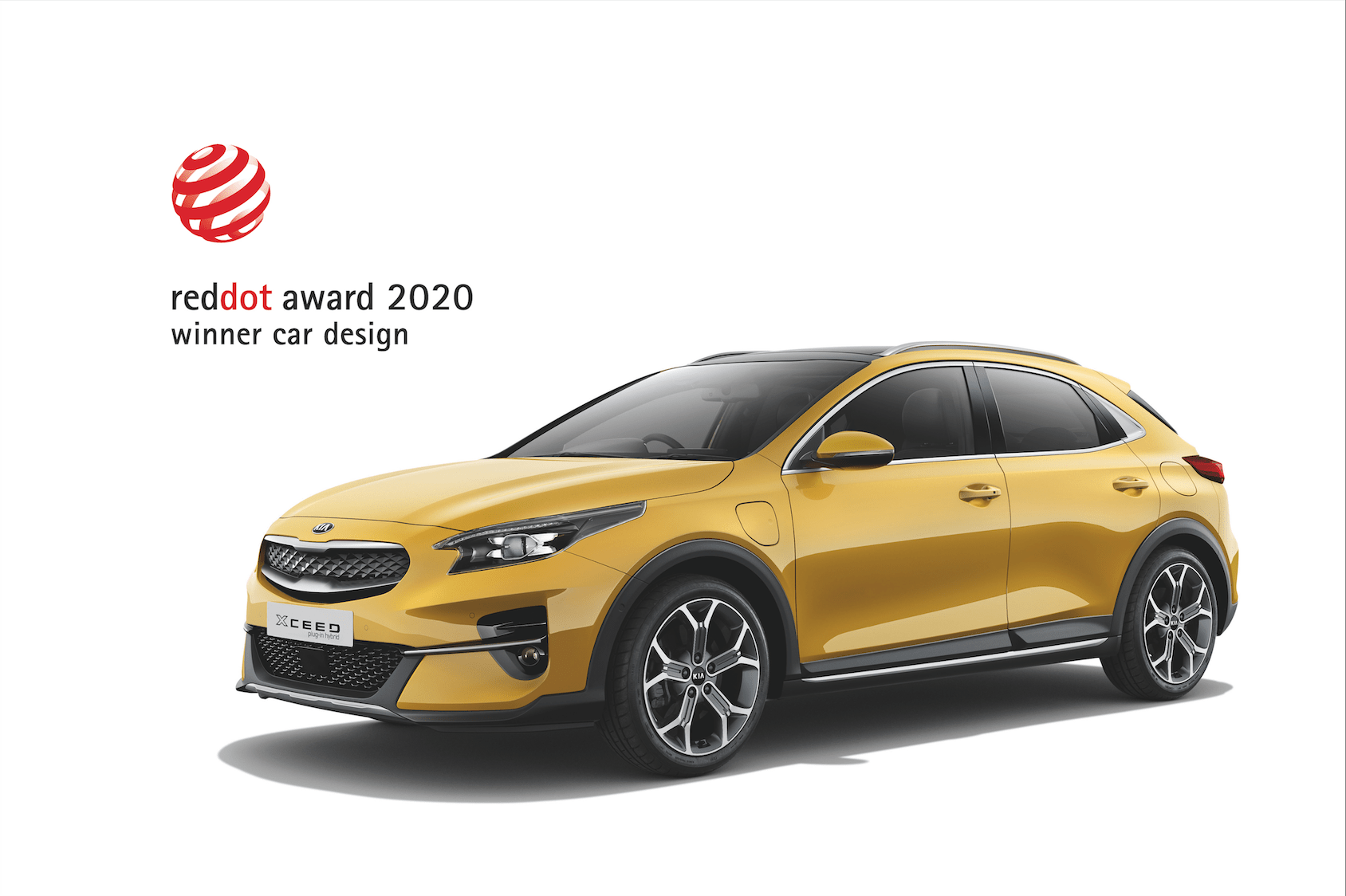 Kia has won the 2020 Red Dot Design award in the Product Design Category for its Kia XCeed urban crossover. The XCeed thus becomes the XCeed the fourth member of the Ceed model family to receive the renowned Red Dot prize, bringing Kia’s total number of Red Dot awards to 25. The Korean brand had first won the Red Dot award in 2009 and had most recently won the award for three Ceed models – the Ceed, Ceed Sportswagon and ProCeed, who were all recognized for their outstanding design.

The Red Dot Design awards have been given every year from 1955 by the Design Center of North Rhine-Westphalia and are considered as one of the most renowned design awards in the world. They are given in three categories – Product Design, Brands & Communication, and Design Concept and the jury is composed of 40 expert independent designers, design professors and journalists from around the world who evaluate entries from a range of industries based on stringent parameters like innovation, functionality, and ecological compatibility. For this year’s edition of the award, the panel received over 6,500 submissions from 60 countries across the globe.

Commenting on the recognition, Yaser Shabsogh, Chief Operating Officer, Regional HQs, Middle East & Africa, said that this was yet another milestone achievement for the Kia team. He wento on to laud his colleagues globally for their visionary and innovative designs

The Kia XCeed has received several other awards including the “Urban Car Award” at the 2019 Women’s World Car of the Year awards, which was held in conjunction with the Dubai International Motor Show (DIMS). It also received the iF Award at the beginning of 2020 and the prestigious ‘Golden Steering Wheel’ (Das Goldene Lenkrad) in Germany in 2019.

Karim Habib, Head of Kia Design Center, said “Kia has strived for continuous quality improvements and more fascinating and interesting customer experiences. Kia’s crossover XCeed represents this new vision. I am extremely proud that our team’s efforts are appreciated by customers all over the world.”

The Kia XCeed is a new urban crossover utility vehicle (CUV) which offers customers the combination of compact SUV practicality and the sporty packaging and engaging handling of a hatchback. It caters to the growing demand from European motorists for vehicles which offer more emotion and dynamism than an SUV, both in terms of the appearance and the drive.

It was conceptualized as a sporty alternative to a traditional SUV, and is a CUV that offers reasonably good space for both its occupants and their baggage. The car engages drivers with its sporty handling and comfortable, assured ride, while it provides a more commanding view of the path ahead than a typical hatchback.

The car was designed exclusively for European customers at Kia’s European design studio in Frankfurt, Germany and became available at the retail level in the second half of 2019. Over 20,000 units have been sold to date. Kia is scheduled to launch a new electrified variant of the car, the XCeed Plug-in Hybrid in the first quarter of 2020.